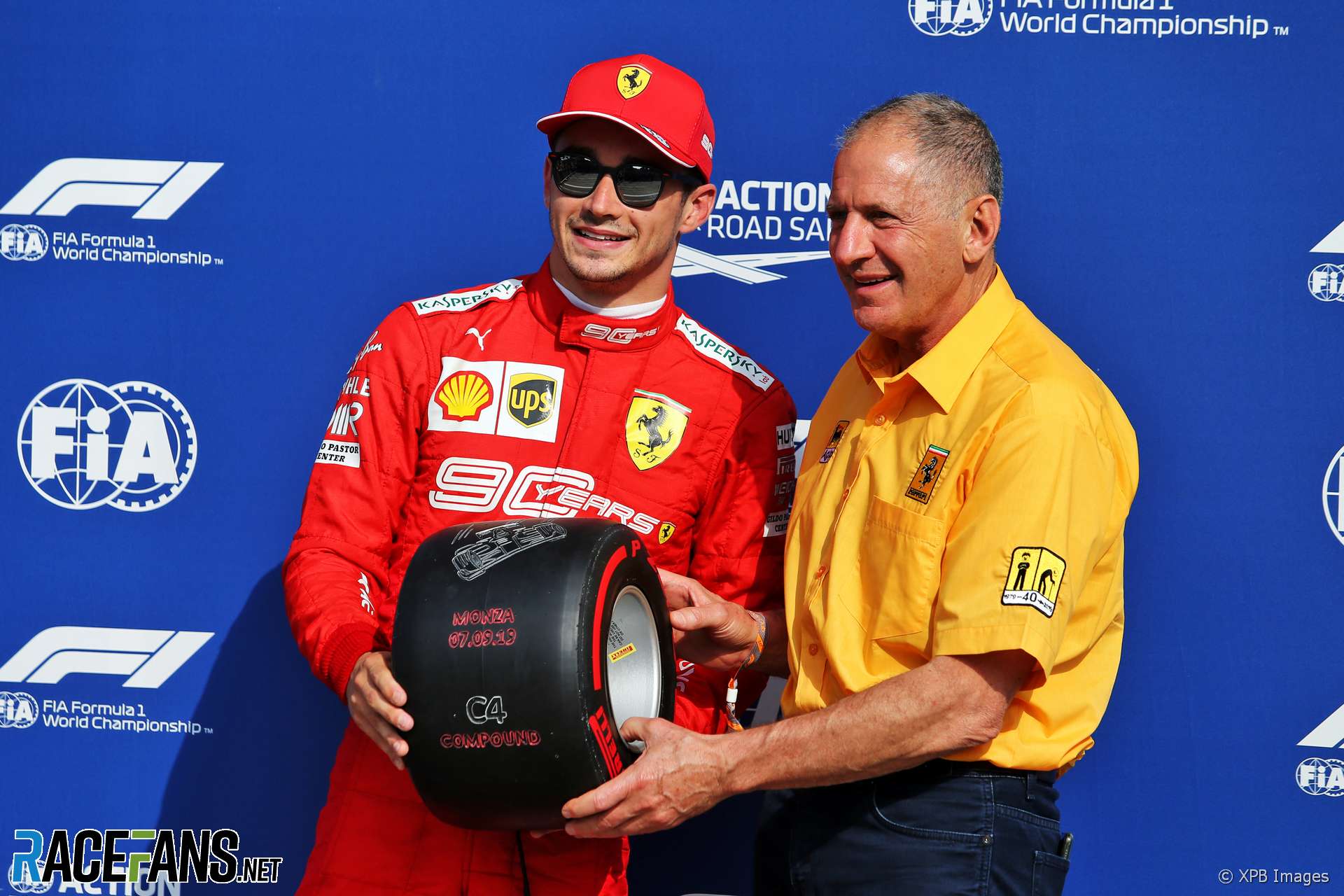 Charles Leclerc has been compared to tennis great Roger Federer by one of his predecessors at Ferrari.

Jody Scheckter, who clinched the Formula 1 world championship with his victory for Ferrari in the 1979 Italian Grand Prix, said Leclerc is the first driver he has deeply admired since he left the sport.

“He’s a wonderful, a really nice guy”, Scheckter told RaceFans in an exclusive interview ahead of last weekend’s race. “I look at him as the Federer of Formula 1. Hopefully he can get the results.”

“It’s funny, I’ve never really looked at drivers and thought ‘wow'”, Scheckter added. “Before I raced and after I raced, Leclerc is the first one.

“I really have, and I hate to say, I nearly have an affection for the guy. I always say he’s calm, he seems a really nice guy, he’s massively talented.

“He’s got to get it together a little bit, you know. But what’s the curious thing is how does a person like that come from Monaco? That’s what baffles me.”

Scheckter returned to the paddock to drive his championship-winning 312T4 at Monza last week, four decades on from his final grand prix victory and championship triumph. Although he still follows the sport, he said he wouldn’t like to race in it today.

“Some of the rules, I cannot see the logic,” he said. “They seem to me the most illogical. I can’t understand it, spoiling the sport. Otherwise it’s been quite exciting, some of the last races.”