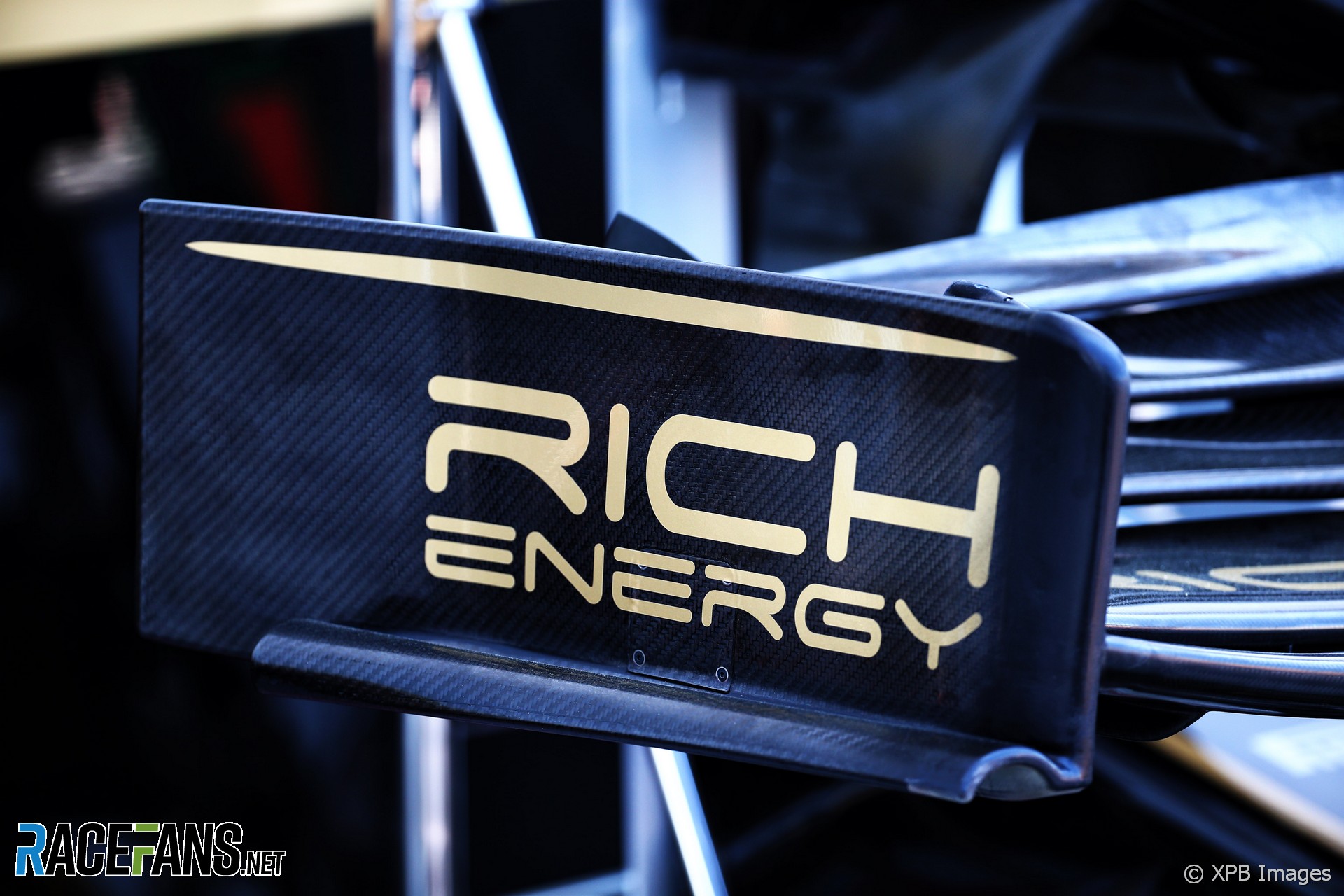 An updated Formula 1 entry list was issued ahead of next week’s Singapore Grand Prix indicates the team’s name has changed from Rich Energy Haas F1 Team to Haas F1 Team.

Haas confirmed earlier this week it had parted ways with Rich Energy, which came on board as its title sponsor at the beginning of the year.

Nine races into the partnership Rich Energy announced it was withdrawing its backing of the team due to “poor performance”. It subsequently retracted the statement and Haas continued to run the team’s logos.

However on Monday Haas announced the pair had “amicably agreed to end their partnership together in the FIA Formula One World Championship with immediate effect” while “a corporate restructuring process at Rich Energy will see the need for a revised global strategy”.

Haas has also removed Rich Energy’s branding from its social media accounts and part of its website. Rich Energy, which sponsors athletes in a range of sports outside motor racing, continues to list Indy Lights driver Toby Sowery as one of its ambassadors and previously backed Jordan King during his Indianapolis 500 appearance earlier this year.