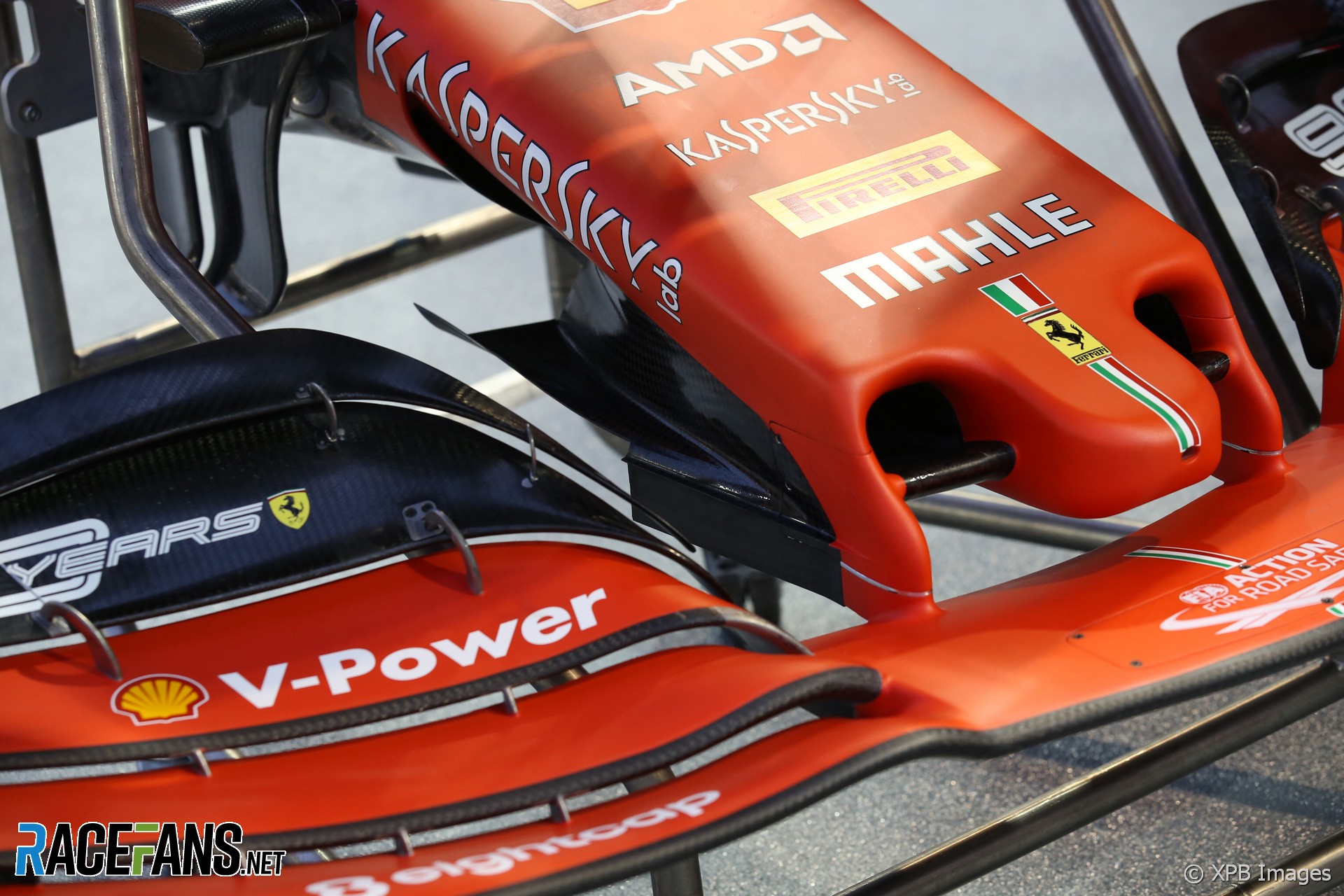 Ferrari has followed a popular design trend with its new nose for this weekend’s Singapore Grand Prix, at a track where the team suspects it could struggle.

The team’s new nose incorporates a sweeping section of bodywork referred to as a cape which some rival teams have been using for a year or more.

Mercedes introduced the design at the 2017 Spanish Grand Prix. Other teams such as Racing Point adopted it earlier this year.

Sebastian Vettel is hoping the design proves even more effective than Ferrari’s simulations indicate it will.

“Obviously on paper we know what we expect and hopefully we’ll see the same on the track,” he said. “It will be nice to see even more.

“But I think as long as everything is working and we can feel inside the car that it’s a step forward and allows us to extract more performance, feel more comfortable et cetera then that would be a success.

Charles Leclerc also expects the team “are going to struggle a bit more” in Singapore.

“The downforce levels are quite different to where we were in Spa. So the most important thing is to see that everything is working properly tomorrow and check that the new parts we fit on the car are working also properly. We’ve got different procedures to go through that and that’s what we’ll do.”

7 comments on “Ferrari adds cape with nose update in Singapore”