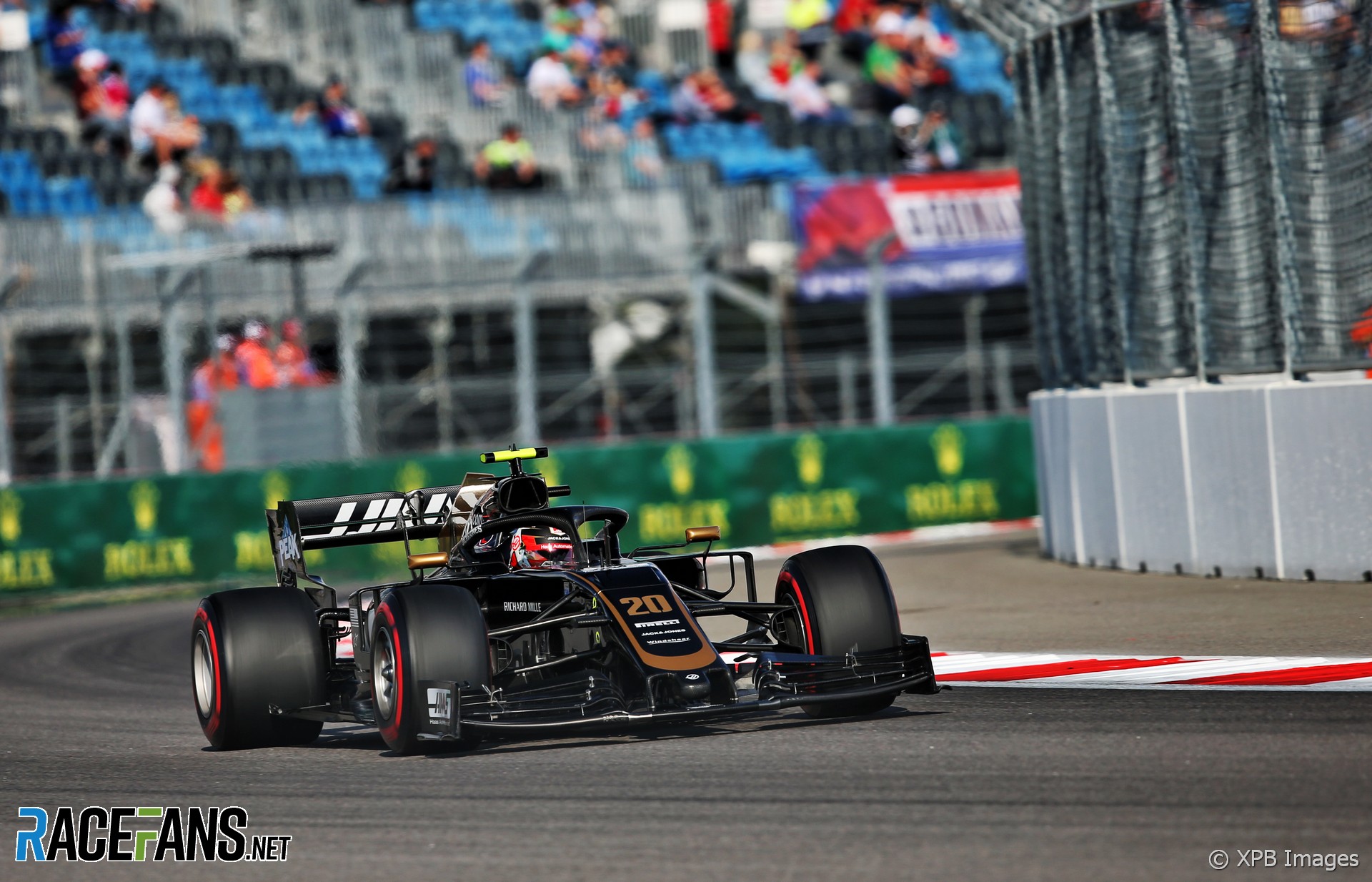 Haas team principal Guenther Steiner hit out at the stewards over the penalty which cost Kevin Magnussen eighth place in the Russian Grand Prix.

Magnussen took the chequered flag in eighth place but was dropped to ninth place by a five-second time penalty. After the race Steiner congratulated Magnussen on the team radio but criticised the decision.

“If we wouldn’t have a stupid, idiotic steward we would be eighth,” said Steiner. “Thanks, a great job guys, fantastic. Thanks Kevin, great job in driving thank you.”

Magnussen replied: “Thanks buddy. What a load of bullshit.”

The stewards penalised Magnussen for failing to rejoin the track correctly after he went off at turn two. “The stewards reviewed video evidence and the driver of car 20 left the track at turn two and did not pass to the left of both bollards as per the instructions in the race director’s event notes 12.1.”

As well as his five-second time penalty, Magnussen was given a penalty point on his licences, taking him to a total of five for the current 12-month period. The penalty dropped him to ninth place in the final classification, which scored Haas’s first points since the German Grand Prix.