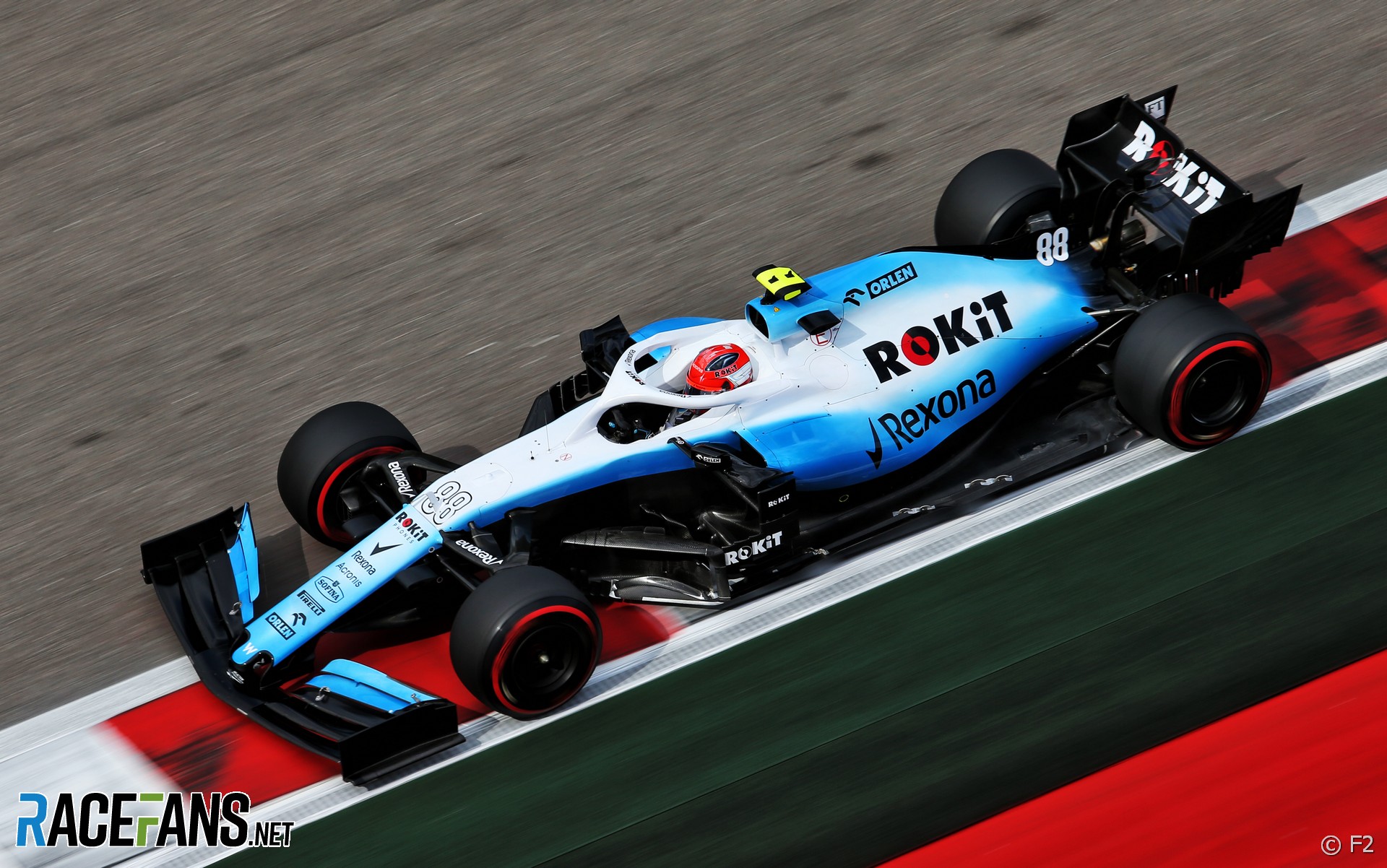 Williams retired Robert Kubica from the Russian Grand Prix to save parts for future races.

Kubica pulled out of the race on the 28th lap out of 51 while he was running in 16th position.

A team spokesperson confirmed to RaceFans they decided to retire Kubica to conserve parts as they were not in contention for points.

Kubica retired one lap after his team mate George Russell crashed out. Williams is looking into the cause of the lock-up which sent his car into the barriers at turn eight.

“This weekend has been very disappointing,” said Kubica. “You always have to try your best with what you have, and this is what I was trying to do.

“After George’s DNF, the team decided to stop my car, to take care of the parts that we have on the car. We are not in an easy situation and Japan is around the corner.”

Senior race engineer Dave Robson said the race had been “tough and deeply frustrating for the whole team.”

“An issue shortly after the restart caused George to lock a front wheel, damaging the car further. We opted to retire Robert soon afterwards in order to conserve parts ahead of the intense flyaway races which end the season. It’s a very disappointing way to end two weeks on the road.”