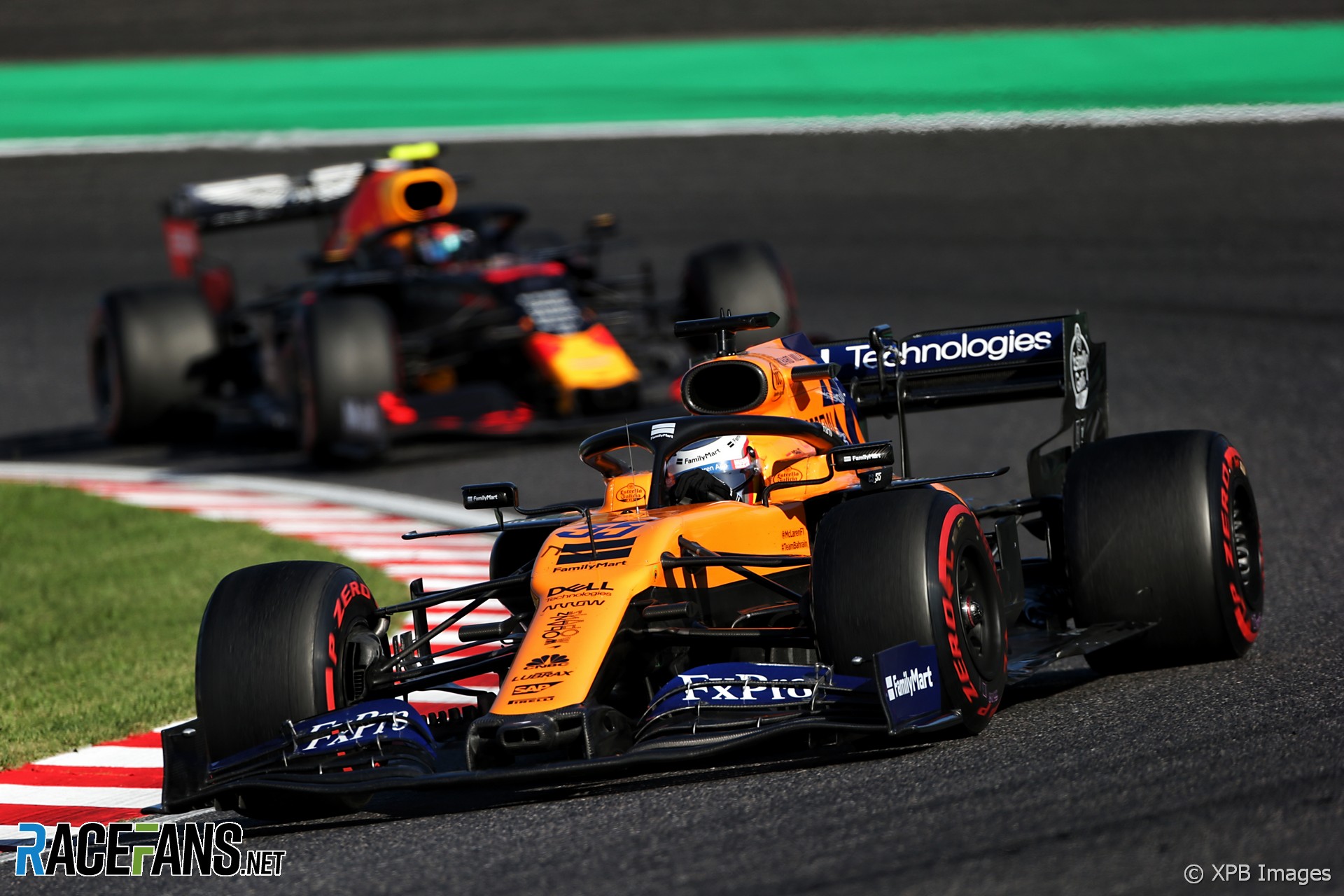 Sainz is in great form at the moment. At Suzuka he again qualified and finished first among the midfielders, and was quick enough to discourage Ferrari from thinking it could get Charles Leclerc up into fifth place (before his penalties were taken into consideration).

On a day when McLaren weren’t able to get their other car home in the points through no fault of their own, Sainz ensured they still out-scored the Renaults.

After a torrid first half of the year at Red Bull, Gasly is beginning to remind people why he got his chance at the top team to begin with. He took his STR14 into Q3 and scored points in a difficult race. His car developed a suspension problem early on but he wrestled it to the end in eighth place.

The race winner had the upper hand over his team mate all weekend and seized his chance to get ahead of both Ferraris at the start. Perhaps luck was on his side in that moment, but from then on he scorched off into the lead, kept an eye on the team’s strategy and spared his engine when he had the chance. More solid than spectacular but it got the job done.

A hefty crash as he began his first lap in Q1 left Kubica on the back foot and the team scrambling to repair his car.

After starting from the pit lane, and fuming over having the 2020-specification front wing taken off his car, he toiled away at the back of the field, falling further away from his team mate.

Also spoiled his race with a shunt in qualifying, and despite a good start slipped back to the tail of the field by the end of the race.

Strategy errors and unreliability have cost Ferrari potentials wins this year, but this one was purely on their drivers. Sebastian Vettel blew his start, distracting Charles Leclerc as he did; the latter then made a mistake of his own by understeering into Max Verstappen. The team wasn’t blameless, though – had they got Leclerc into the pits when they should have he wouldn’t have coped the 10 second penalty which copped him fifth place.

Lewis Hamilton wasn’t at his best, though Mercedes’ unnecessarily conservative strategy ensured he was only a bit-player in proceedings. The Red Bull pair weren’t in contention either: After setting identical times in qualifying Max Verstappen wasn’t bundled out of the race by Leclerc and Alexander Albon had to fight his way past the McLarens.

He came past Lando Norris just as the McLaren driver’s brake temperatures were climbing sky-high due to debris from Leclerc’s car, which forced him into the pits and ended his chances of scoring points.

After a disappointing qualifying performance, Daniel Ricciardo salvaged a fine sixth for Renault, aided by Nico Hulkenberg who played a supporting role to his team mate again. Sergio Perez’s lap 53 crash would have promoted Hulkenberg to ninth, but a chequered flag error meant he was tenth instead, and Perez’s team mate Lance Stroll unluckily missed out on a point.

Antonio Giovinazzi led the Alfa Romeo pair in qualifying but Kimi Raikkonen got ahead of him in the race, though neither were destined to score points. Romain Grosjean denied Giovinazzi a place in Q3, but started poorly and also finished outside the top 10.

George Russell put in a very good performance under trying circumstances at Williams, as he struggled with very inconsistent brake performance without the race. The problem was so bad he considered retiring the car at one point.