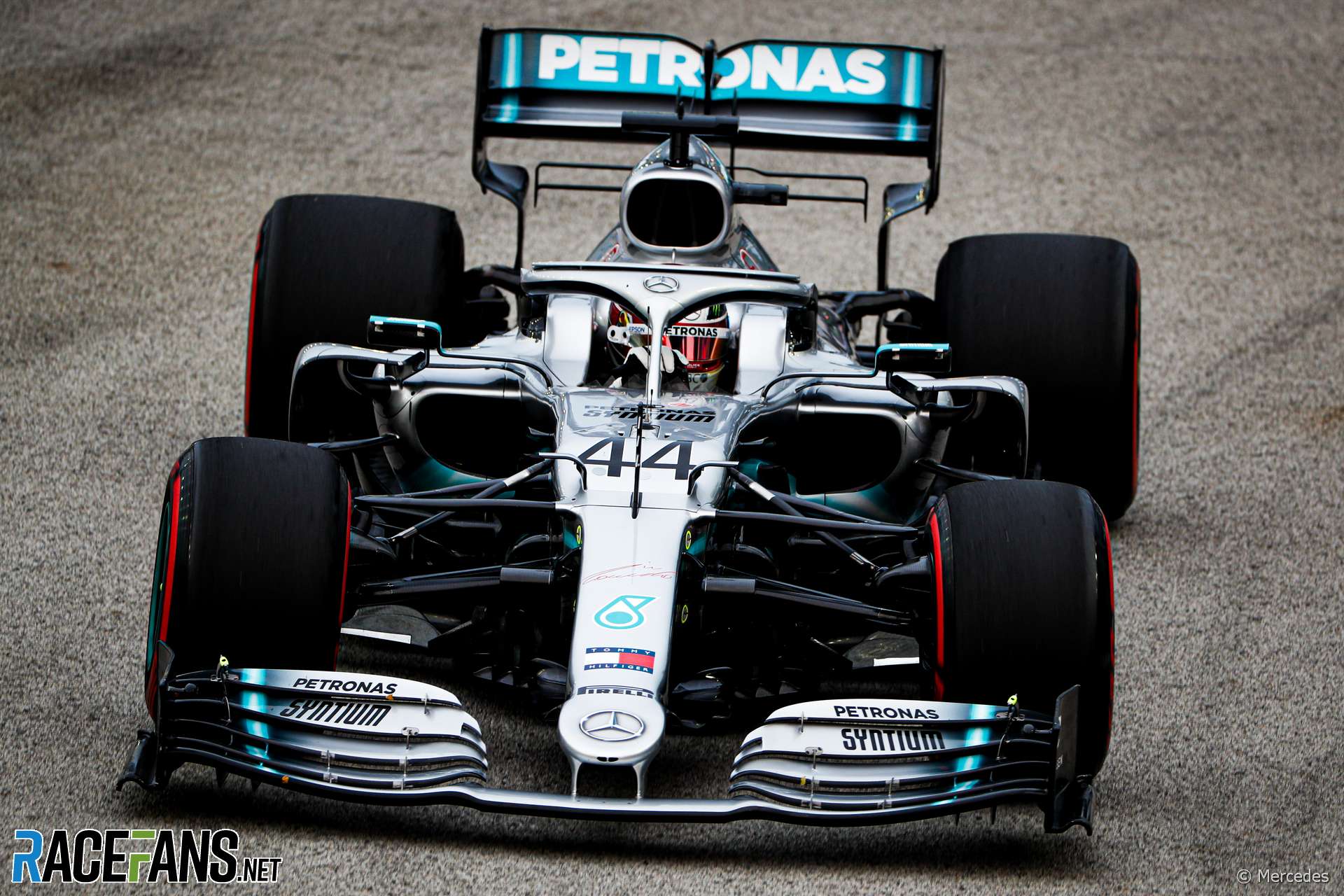 Lewis Hamilton could become the second driver in Formula 1 history to win six world championships at the next race.

Michael Schumacher is the only other driver to have won more than five world titles.

Hamilton will go into the Mexican Grand Prix 64 points ahead of team mate Valtteri Bottas, the only driver left who can keep him from the title. If Hamilton leaves Mexico with a lead of at least 78 points, he will have won the world championship again.

That will only happen if Hamilton finishes on the podium in Mexico and Bottas finishes several places further behind. The table below breaks down all the scoring possibilities.

The bonus point for fastest lap, which was introduced at the beginning of this year, could also play a role in deciding whether Hamilton wins the title in Mexico for the third year running, or if he has to wait at least another week.

The table below shows the combinations of finishing positions which would see Hamilton clinch the title in Mexico:

NB. If the race is cut short and half-points are awarded, Hamilton will not win the championship in Mexico regardless of the race result.

Hamilton played down the possibility of clinching the world championship with three races to spare. “I think Mexico is generally our worst race of the year because of the way our car is set up,” he said. “It’s going to be a tough one for us. The last few have been pretty shocking, even though we’ve won the title there.

“I’m hoping for a better weekend but I think it’s going to be very hard to beat the Ferraris with those long straights. We have no hope of getting by on those straights, that’s for sure. But even if you look at the others, the McLarens are picking up some serious speeds on the straights, so are the Red Bulls so I think it will be a tricky one. I don’t anticipate it will be Mexico. I think we will be battling for a good few races.”

Bottas said he isn’t prepared to give up on the championship despite needing to out-score Hamilton heavily over the remaining races to beat his team mate to the title. “I don’t really give up on anything as long as there’s a theoretical chance so there’s no point in that,” he said.

“I’m realistic that I will need to be very lucky, that’s a fact, to win all the rest of the races. But I don’t really think about that much at this point.

“It is my bad, mostly, that I’ve been behind this much in the points compared to Lewis, it’s my fault which I try to fix for the future but it is where we are now and just take it now race by race and see how it goes.”