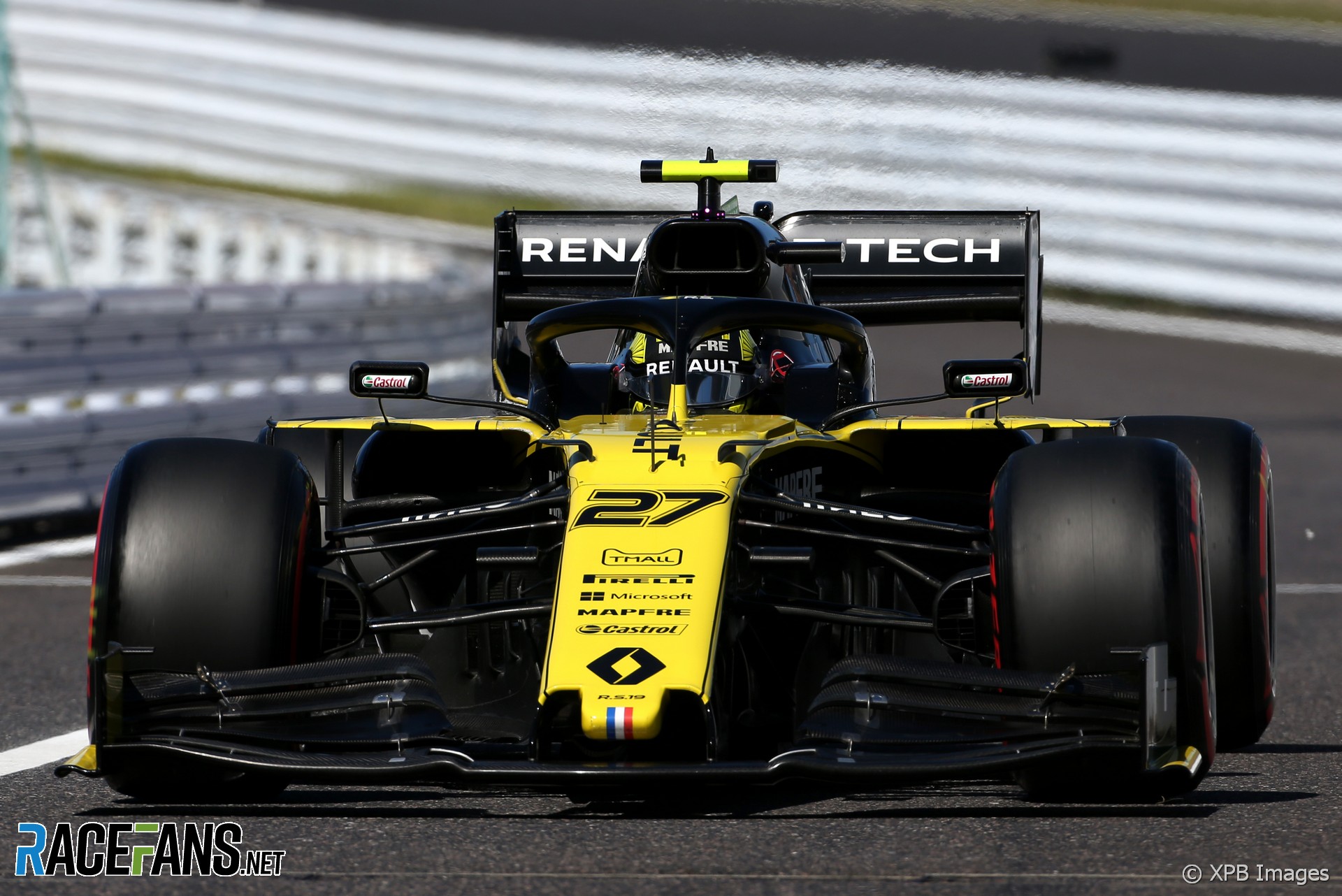 Renault is considering its position following the disqualification of both its cars from the Japanese Grand Prix and has not ruled out appealing the decision.

The FIA announced today the stewards had disqualified Daniel Ricciardo and Nico Hulkenberg from the results of the last race after determining their brake bias systems constituted a form of driver aid.

However the stewards did not determine that the system infringed the technical regulations, which Renault referred to in a statement responding to the decision.

“However, considering the subjectivity of the qualification of a system as a driver aid and the variability of the associated penalties in recent cases, Renault F1 Team will consider its next course of action within the timeframe laid out by the FIA.”

The stewards have given Renault extra time to submit an appeal against the decision due to the unusual timings of the decision ahead of this weekend’s Mexican Grand Prix.

6 comments on “Renault may appeal against Japanese GP disqualification”