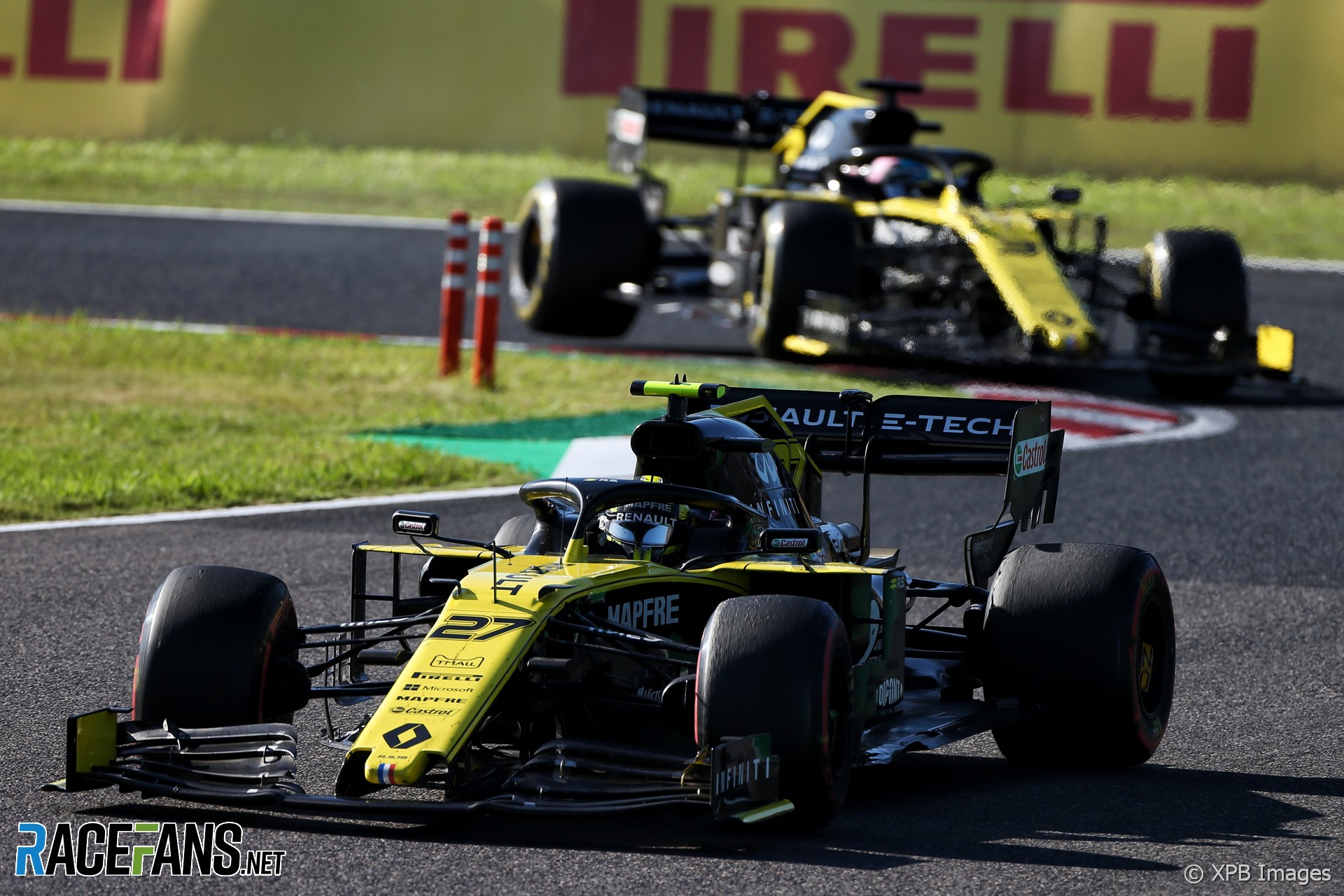 Both Renault cars have been disqualified from the Japanese Grand Prix following an FIA investigation into its braking system.

The team had been protested by rival Racing Point for running a “pre-set lap distance-dependent brake bias adjustment system” on its RS19s.

Racing Point, who indicated footage from the car had led them to suspect Renault may be breaking the rules, made a second submission to the FIA on October 16th.

Renault provided the FIA with its written defence on October 21st. In their response, they claimed Racing Point’s protest was based on “allegations from a former Renault employee who was not aware of all the pertinent details of Renault’s brake control system”.

The FIA technical department examined Renault’s software and checked the cars’ brake controllers, steering wheel and dashboards. It submitted a report on its findings to the stewards yesterday.

After considering the information the stewards judged that while Renault’s braking system was “not pre-set, lap distance-dependent as alleged” by Racing Point, they ruled it nonetheless “constitutes a driving aid and is, therefore, not in compliance with Article 27.1 [of the] FIA Formula 1 Sporting Regulations”.

“The brake balance adjustment system in questions acts as a driver aid, by saving the driver from having to make a number of adjustments during a lap,” they added. “The stewards note that there is a clear distinction between this system and one which provides actual feedback control, which would be a substitute for driver skills or reflexes. Nevertheless, it is still an aid and, therefore, contravenes [the regulations].”

Renault may appeal the decision and have been given extra time to do so if they choose. “Because of the unique circumstances and timing of the protest hearing, the stewards, under the power given to them by the FIA Judicial and Disciplinary Regulations Article 10.1.1, hereby extend the normal appeal period for this decision to expire at 10:00am Central Daylight Time, the local time in Mexico City, on Oct 24, 2019 where the majority of those impacted by the circumstances will be located.