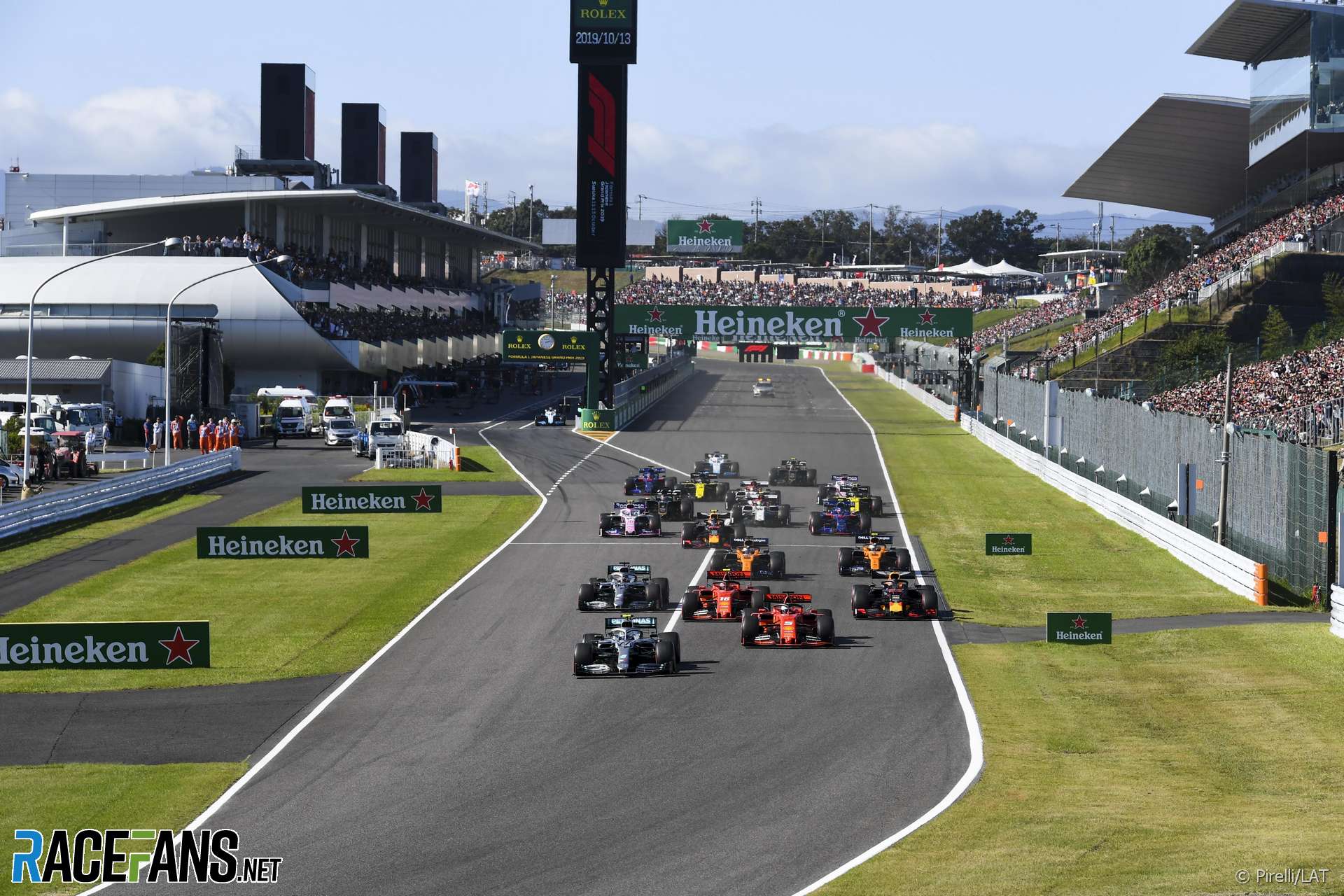 Valtteri Bottas says his lightning-fast getaway in the Japanese Grand Prix was inadvertently aided by Sebastian Vettel, who lined up in front of him and almost jumped the start.

Vettel was cleared of jumping the start after his Ferrari moved, then stopped, before the lights went out. Video footage showed Bottas, who started behind him, moved shortly after Vettel did, but just in time to catch the start of the race.

Bottas admitted his reaction time was “rather quick – I think it was four-hundredths [of a second].” He said it was “maybe my best so far”.

“That reaction time is when I do my first movement with whatever [after] the lights go off,” he explained. “Not the car moving yet, because that also takes a bit of time.”

He said Vettel’s near-false start in front of him aided his getaway.

“That’s normally not a reaction time I can achieve. Maybe it was aided a little bit by Sebastian moving than before. So for sure, a little bit lucky as well with the timing and everything. And a bit risky, for sure, because normally it’s at least a tenth slower direction than that.

“So it was definitely on the quick side and risky side, but obviously looking at it afterwards very good, very nice, happy about that.”

Bottas’s quick start propelled him into the lead and put him on course to score his first victory since April. “It’s definitely a good feeling coming into a race after having a good one,” he said.

“I tried to carry the positive feeling and kind of the momentum. Japan is a unique grand prix to win, so we’re really pleased about that.

“I saw some nice pictures actually 20 years ago exactly Mika [Hakkinen’s] win there and mine. It’s crazy because I remember watching that race.

“So it’s pretty cool and the race start obviously allowed that to happen. It was the key thing, getting to the lead on that kind of track.”

Two years ago at the Austrian Grand Prix Bottas was investigated for potentially jumping the start, but cleared. His reaction time on that occasion was measured at 0.201 seconds.