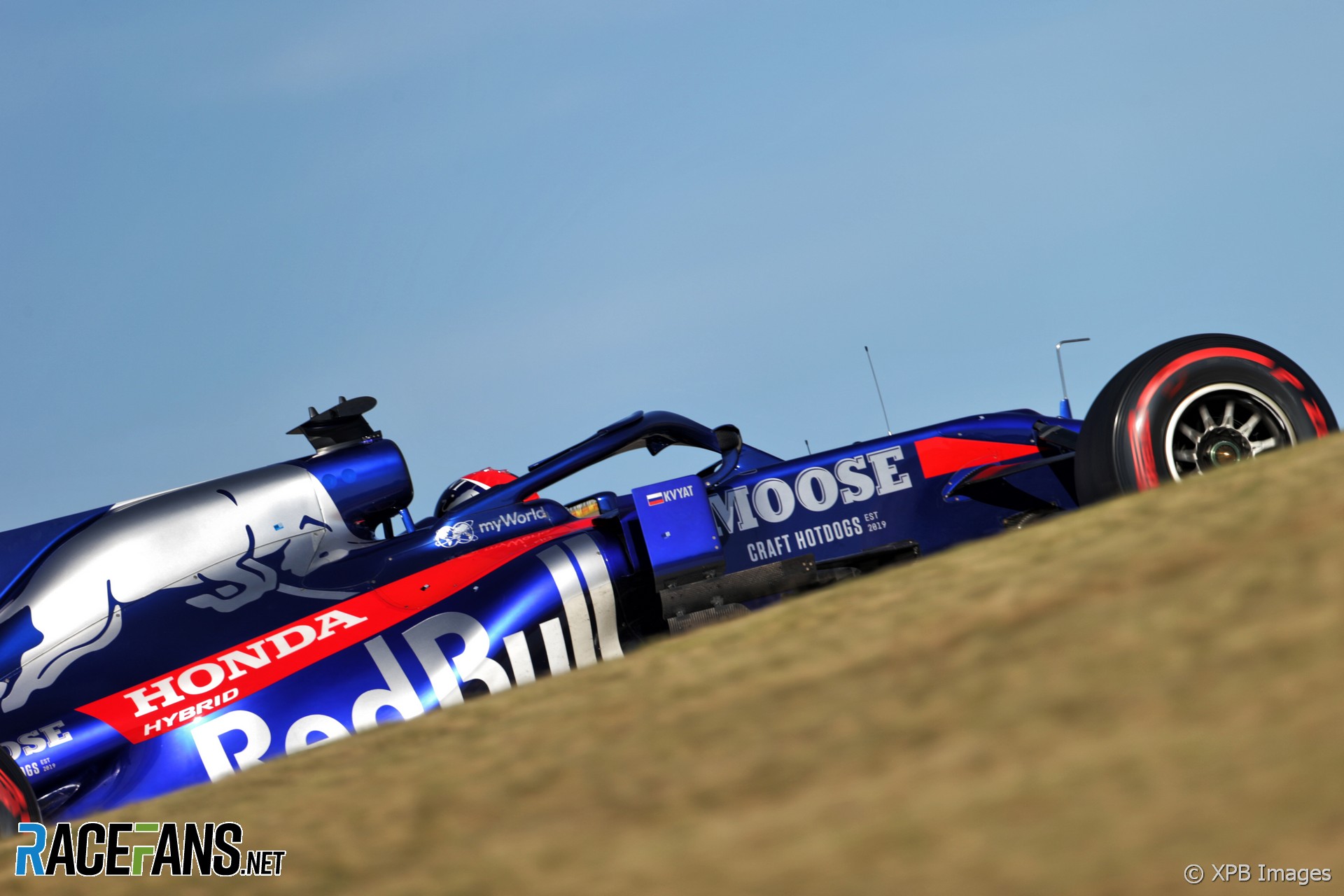 An unhappy Daniil Kvyat said the penalty which cost him a points finish in the United States Grand Prix is “not what our sport needs”.

The Toro Rosso driver lost a points finish for the second race in a row due to a post-race time penalty. He collided with Sergio Perez while passing the Racing Point driver on the final lap.

“I think was a harsh but fair move,” said Kvyat. “It was great racing like we want to see and what we have seen this season without other drivers being penalised.”

His five-second time penalty restored Perez to 10th place and left Kvyat 12th. “I’m very upset and disappointed about this penalty because I don’t think this is what our sport needs,” he said.

The stewards examined video of the collision and handed down a swift post-race penalty without speaking to the drivers involved. “Car 11 [Perez] was in front immediately prior to the apex of the corner,” they noted, “car 26 [Kvyat] ‘dived’ down the inside, had a small lock up and bounced off the kerb, which moved the car to the outside of the exit of the corner, colliding with car 11.”

In addition to his five-second time penalty Kvyat was given a penalty point on his licence, taking him up to a total of five.

Perez accused his rival of failing to slow under yellow flags earlier in the lap in order to get into position to attack him.