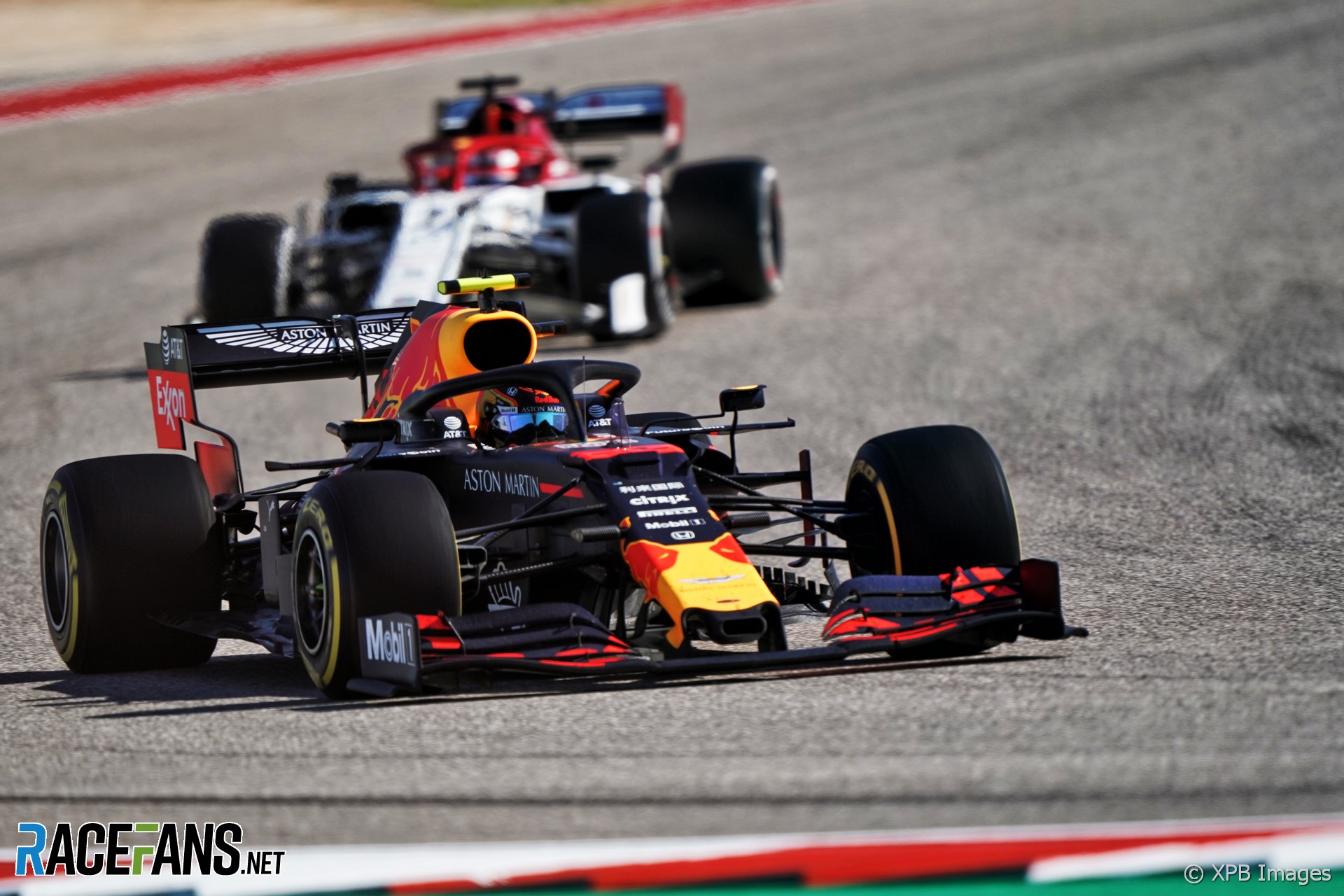 Alexander Albon ran a three-stop strategy during the United States Grand Prix after a Pirelli told Red Bull he could not use his only set of hard tyres.

Red Bull team principal Christian Horner revealed after the race a problem had been discovered with one of Albon’s hard tyres on Saturday.

“Unfortunately we couldn’t use the hard tyre with Alex today because on an install lap yesterday, it got what they call a ‘cold crack’. So Pirelli wouldn’t allow the use of that tyre and because it had done an install lap it couldn’t be replaced. So that wasn’t a strategic option available to him anyway today.”

Horner added the fault was “a little bit strange, you only see it when you’ve run the tyre, and I think it was a circumstance of the cold weather.”

Albon, who started the race on soft tyres, was forced to pit on the first lap of the race following a collision was Carlos Sainz Jnr. He ran two stints on medium tyres before switching to softs for his run to the chequered flag.

“At the first corner I think he just was a victim of circumstance. I can’t see how he could have avoided that, there was sort of a pincer, being caught between the two cars.

“Then obviously he needed a front wing change, came out quite a way behind the field, was the quickest car on the circuit for a fair few laps. And then his passing of the traffic [was] phenomenal. He must have Carlos Sainz three times today on the different strategy that he was on.”