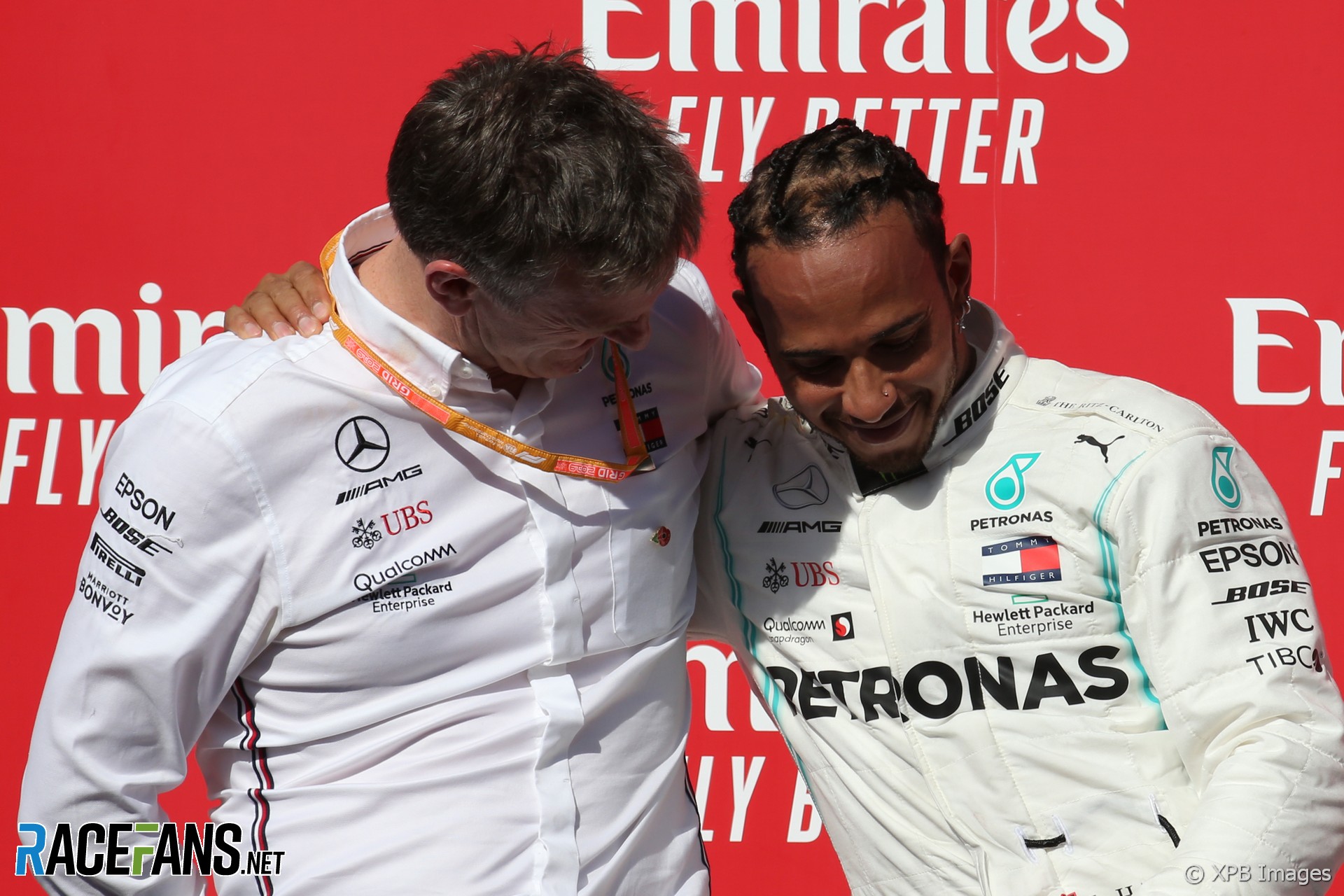 Lewis Hamilton described how the loss of Niki Lauda affected him after he clinched the 2019 world championship yesterday.

Asked whether this had been one of his easiest or toughest championships, Hamilton said: “No way has it been the easiest.

“It has been the hardest year for us as a team. We’ve lost Niki this year, a crucial member and a real pivotal member of our team.”

Lauda, the three-times world champion who as Mercedes non-executive director helped bring Hamilton to the team, passed away before the Monaco Grand Prix this year. Hamilton said the season had been an “emotional rollercoaster” for this and other reasons.

“Outside of the car, just trying to remain focussed throughout the year, that is the toughest. I guess only really other athletes who are at the top of their game can really relate to it, probably.

“It’s just a ride, weekend in, weekend out, can’t drop the ball – like I did yesterday, for example. But being able to bounce back from the lower days.”

“Each and every single one of us is struggling with something in life, whatever it may be, small or big,” he added. “And so I’ve tried to show people that from the outside things always look great, but it’s not always the case.

“I’m also struggling with lots and lots of different things and battling some demons and trying to make sure that I’m constantly growing as a person.”

After his worst qualifying result of the year on Saturday saw him line up fifth on the grid, Hamilton was in contention for victory in the race and finished second, clinching his sixth world championship. “Yesterday was something I think that was sent to test me,” he said. “And it was one of my favourite races today. I was really happy with that.”

The season has had challenges on the track as well, he added. Hamilton won eight of the first 11 races but the team came under pressure from Ferrari after the summer break.

“This car has not been easy,” he said. “It’s not been easy for us. We started the season, honestly, going off to Melbourne, thinking that we were behind.

“At the mid-point this season we were behind. It’s been a real challenge the second half of season. It’s been the toughest second half of a season I think that we’ve had as a team, fighting against Ferrari and Red Bull – which is great, we welcome that.”

3 comments on “Hamilton: This was no “easy” championship after loss of Lauda”