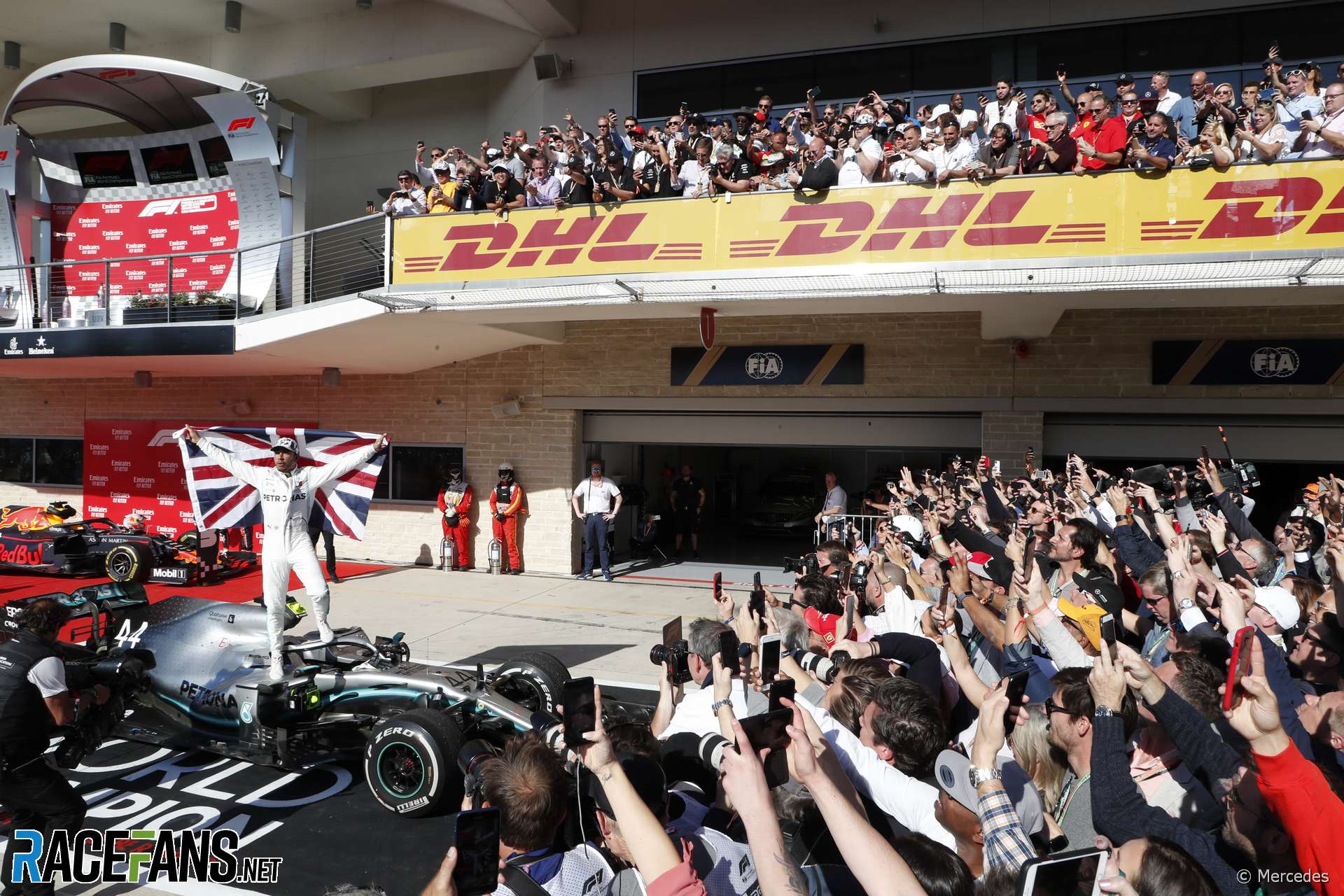 The Circuit of the Americas will be extensively resurfaced during the off-season to remove the bumps which appeared this year. @DieterRencken brings his final update from the F1 paddock in Austin.

Depart New Braunfels for circuit with some very good news: my (now retired) good friend Forrest Bond, with whom I’ve stayed for the past four nights, signed over his RaceFax archive to me, which means his incisive writings can be shared with new generations. For those who don’t know RaceFax, the first electronic motorsport news service brought transparency to F1 by, for example, publishing the full Concorde Agreement in 2009.

My journey north takes just short of an hour, so I’m parked up by 9:30am. A display of gleaming classic Chevrolet Corvettes in the parking lot catches my eye, so I detour en route to the shuttle stop – it turns out that the cars will ferry drivers during the pre-start parade.

Despite getting an eyeful of the original American sports car, I’m in the paddock in plenty of time to chat with various folk about the seismic changes coming for the 2021 F1 season such as the financial structures and governance – the next big discussion points. I’ll be sharing those insights soon.

Brief chat with Dennis Dean, the FIA steward and FIA Land Speed Record Commission chairman who recently visited Hakskeenpan, a mud and salt flat in South Africa’s Kalahari Desert, as observer during Bloodhound’s shakedown. The faster-than-sound projectile ran 750kph – not bad for initial tests, but 470mph is still less than half its target of 1,000mph, which puts the herculean task facing the team into perspective. 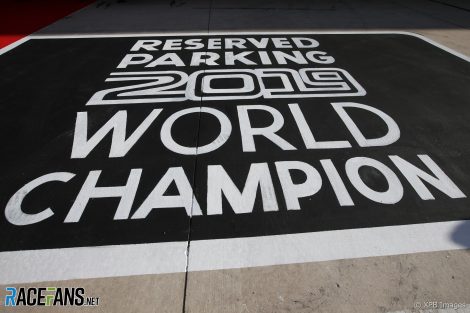 Later I speak with F1 technical director Pat Symonds on plans to double the bio-fuel content to 10 per cent from 2021, and raise it even more dramatically by 2025. Chatting with Pat is always inspirational – he is the engineer’s engineer – and his ability to distil even the most complex topics into easily digested bite-sized chunks is unsurpassed.

Although it’s a touch early for lunch, with the race due to begin at the more sensible time of 1:10pm (compared to qualifying’s later start) I grab a takeaway bowl of Caesar salad at Mercedes, with a mug of fruit salad as dessert. By the time I’m done, it’s time for the grid walk.

From the pit lane I catch sight of the newly painted ‘2019 World Champion Parking’ area. Is the circuit is tempting fate? Probably not: The numbers are massively stacked in Lewis Hamilton’s favour.

The main grandstand is packed and the general admission area beside the hill leading to turn one is heaving. Promoter Bobby Epstein estimated a race day attendance of 120,000 and if he’s wrong, it’s not by much.

Talking of Bobby, I hear that following the complaints over bumps an extensive resurfacing is planned for the circuit in January, with 2.2 kilometres of asphalt, or around 40 per cent, being resurfaced. That should please most drivers, and, in particular, the Moto GP riders who are due to return in April. 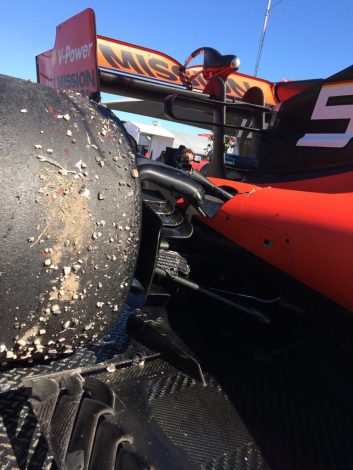 About a quarter way into the race I wander outside to check wind speed/direction, and per chance the recovery truck returning Sebastian Vettel’s Ferrari to the garage stops right in front of the media centre for unloading. I snap close-up shots of the rear suspension damage that caused the German’s retirement, then study some of the lower bits of the car, now displayed at eye-level.

As it turns out, the circuit had not tempted fate, and Lewis duly seals a sixth title – and third in a row – after yet another utterly dominant season. I see Nico Rosberg wandering about, and wonder what Lewis really thinks of his former team-mate, who broke his run by taking the 2016 title.

Without that, Lewis would today be celebrating his sixth straight title, and equalled Michael Schumacher’s record of seven championships.

Post-race mixed zone sessions, during which Kimi Raikkonen accidentally knocks my phone out of my hand. He apologises, then asks if it’s okay before pointing at his team minder. “Get them to buy you a new one if it’s broken…” I’m pleased to report that won’t be necessary, Kimi! 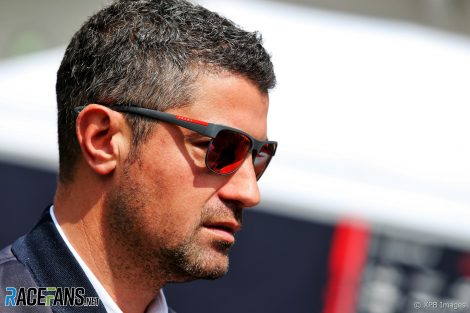 I head for Andreas Seidl’s post-race session on McLaren’s race. Sheikh Mohammed of Bahrain, who heads McLaren’s board, takes a keen interest, which is a good sign.

I also hear from race director Michael Masi, who is asked whether the Friday drivers’ briefing did run to nearly an hour and a half as was reported elsewhere, which if true would have indicated the racers had a lot they wanted to raise with him. He reveals it was a fraction of that – around 20 minutes – with over an hour subsequently spent on a separate GPDA meeting he wasn’t involved in.

Both sessions are fairly brief – the hullabaloo of the title-decider aside, folk have flights to catch. I’m no exception. The weekend done I head for Austin to make an early flight to New York, with onward travel to Brussels via Madrid. Let’s hope it all goes to schedule.