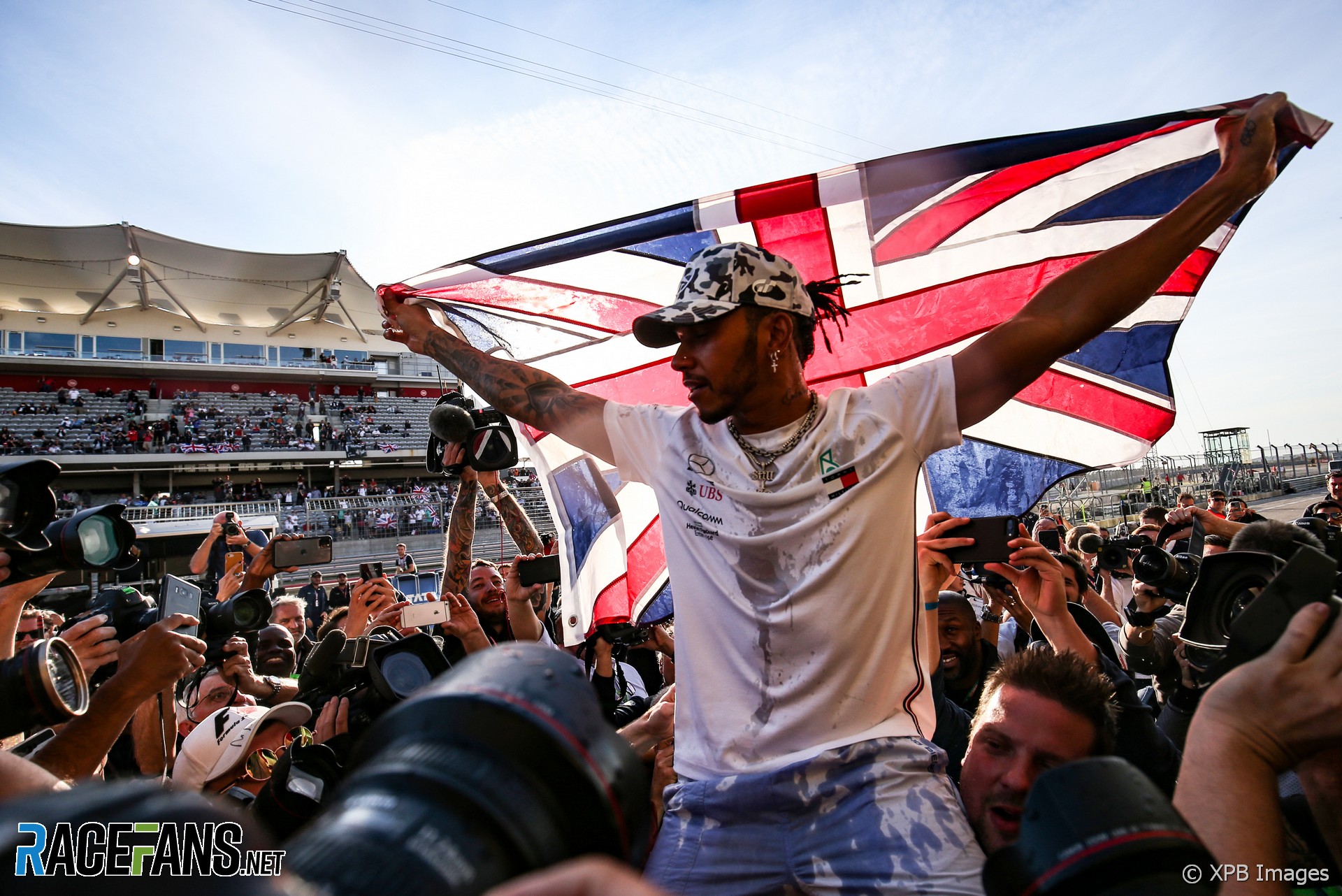 He and his Mercedes team including race winner Valtteri Bottas celebrated Hamilton’s title win and Bottas’s victory afterwards. Mercedes and its drivers have now won all of the last six constructors’ and drivers’ championships, a record-breaking achievement.

More images will be added here

One comment on “Pictures: Hamilton celebrates his sixth world championship”