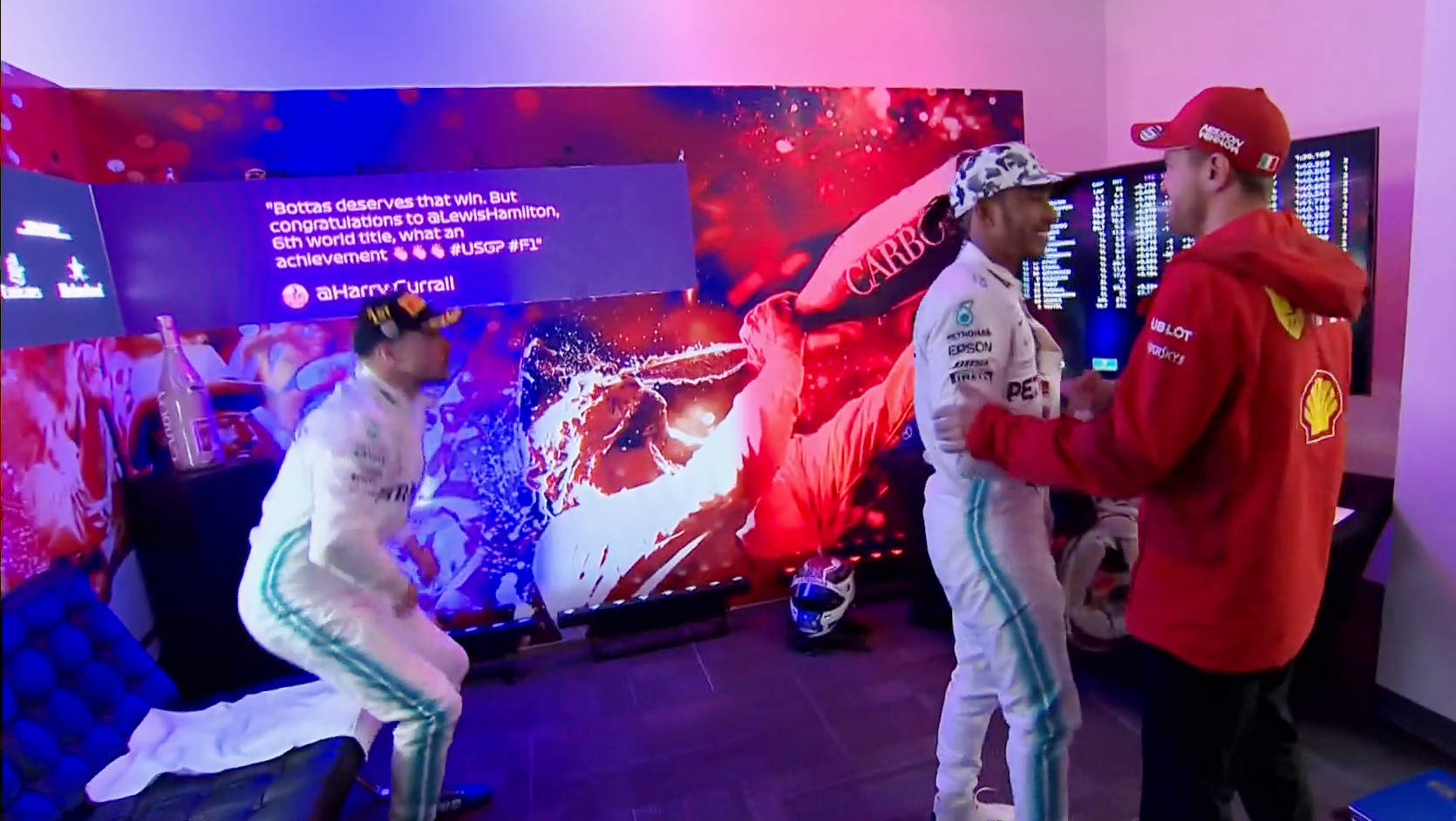 Sebastian Vettel has revealed what he told Lewis Hamilton before the podium ceremony at the United States Grand Prix yesterday.

The Ferrari driver visited his rival in the cool-down after yesterday’s race, where Hamilton won the world championship for the sixth time.

Asked about the conversation between the pair Vettel told journalists: “Now is the time for you to write as many good things as you can.

“I think if somebody wins the title six times, then he deserves all of it. So that’s what I told him as well.”

Vettel, who fell to fifth in the championship after retiring on lap eight at the Circuit of the Americas, admitted he is disappointed at not being able to fight Hamilton harder for the title this year.

“Obviously, I’m happy for him, I’m not happy that we are not in contention this year, that we were so far back,” he said. “But I think you need to respect what he achieved the last years and also this year and together with his team how strong they’ve been.”

“On my side, I didn’t even win won one world title, which [just] one title,” he said. “He’s obviously already done a huge achievement. To win six is just incredible.

“I think he deserves it. He has done an incredible season. I grew up watching him on the TV and, yeah, just a huge congratulations to him.”