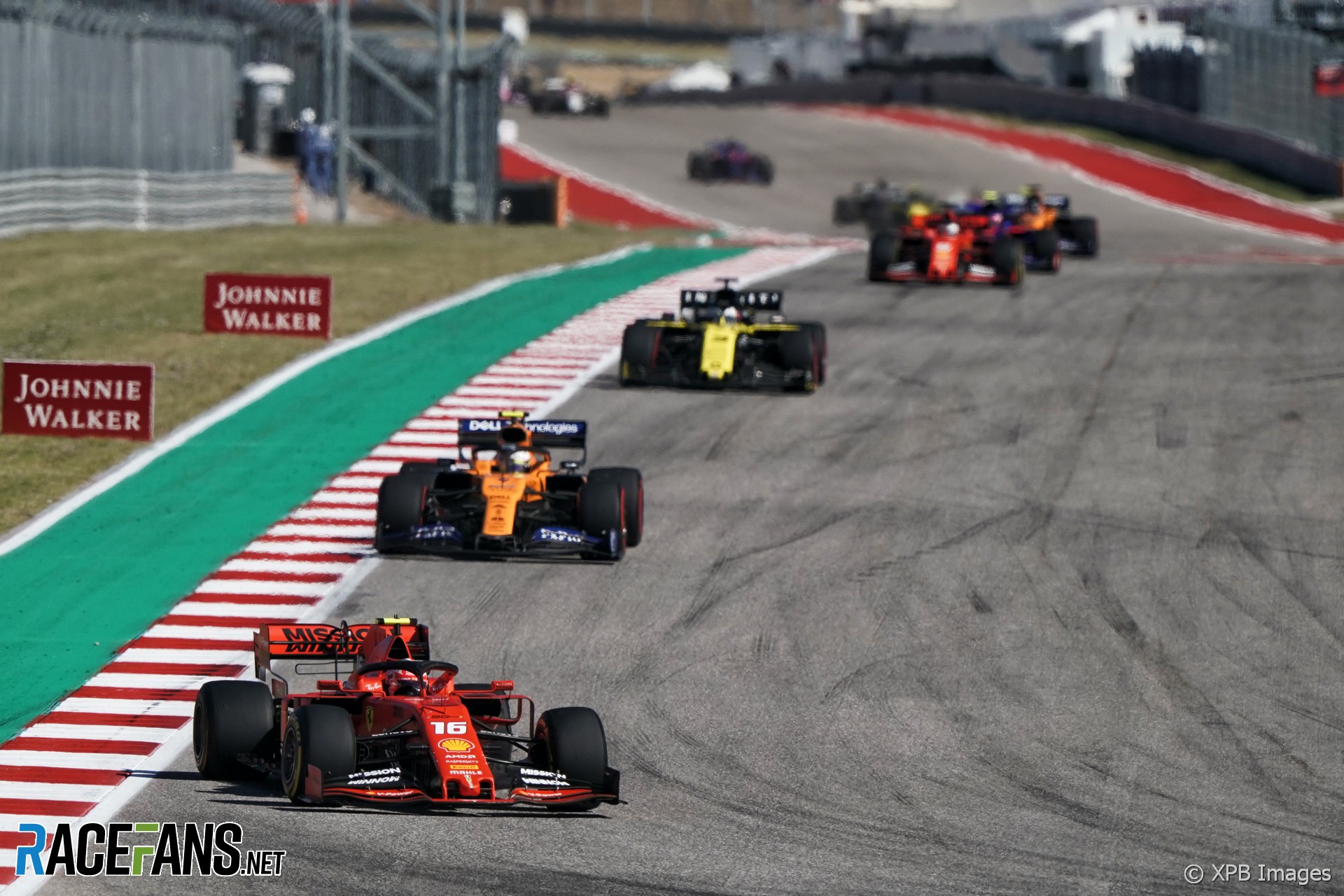 Ferrari admitted its straight-line speed was not as strong at the Circuit of the Americas as it had been in previous races, despite denying it had made changes to its power unit following a recent rules clarification.

Team principal Mattia Binotto insisted Ferrari did not alter its power unit or change how they operate it in response to a recent FIA technical directive. He complained about “disappointing comments” after Lewis Hamilton and Max Verstappen suggested the team had been affected by the ruling.

However he conceded that the team wasn’t as strong on the straights in Austin as they have in recent races.

“It’s true that we were not gaining on the straight as much as in the past races,” said Binotto.

“But as well as that I think we matched our competitors in cornering, at least lap time in quali. So the trade off between grip limit and power limit has been moved this weekend.”

Ferrari’s run of six consecutive pole positions ended in Austin. Sebastian Vettel qualified second, two places ahead of team mate Charles Leclerc. However Leclerc could only finish fourth in the race while Vettel retired after slipping back quickly at the start.

“We were competitive in quali, now there is something in the race to understand,” said Binotto. “We need to understand what’s best for the next race again in term of trade-off.”

Vettel was just 12 thousandths of a second away from taking pole position. Leclerc, who had to switch back to the team’s ‘spec two’ power unit after a failure in final practice, was a tenth of a second down.

Binotto said Leclerc’s engine was “not down by quite a lot, it was slightly down, which was what we had expected between an upgrade of engines.” His engine has been returned to Maranello for inspection.

“Overall there was just no grip,” he said. “I never found the grip with the tyres, simple as that. I can [explain] specifically corner by corner, but it wouldn’t make sense. Overall the car was feeling very, very poor and I never felt I got the tyres working so I was just sliding all around.”