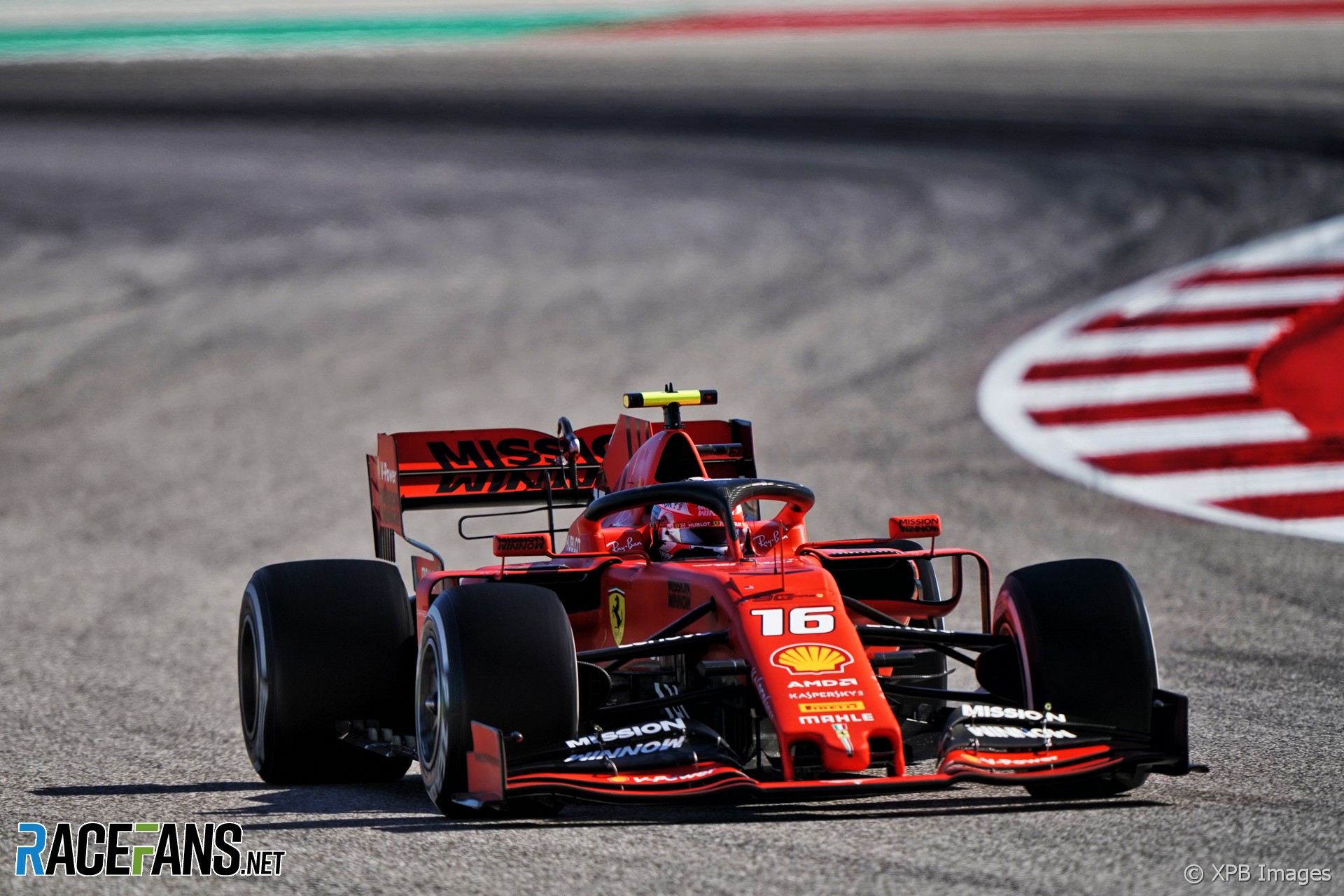 In the round-up: Charles Leclerc was baffled by the performance of his tyres in the first stint during the United States Grand Prix.

Leclerc said one of his tyres felt particularly strange at the start of the race, when he dropped back quickly from the leaders.

I never found the grip. The front-left tyre felt extremely weird. So I think we need to analyse to see whether everything was fine with the tyres or not.

The second and third stints were a little bit better, but still far off whether we want to be.

It’s a sunny day in Jerez where we have #RenaultSportAcademy driver @lundgaardoff testing the R.S.17 for the second time this year. 👇#RSspirit pic.twitter.com/XDWIXh4jyA

#IndyCar's been testing its Aeroscreen again, this time at Sebring.

The gang’s all here 👉 Andy, James, Toto, Lewis and Valtteri!

I'm extremely happy to announce that I'll now have my own karting brand.
I started racing 18 years ago dreaming of Formula 1, most of the best times I've had in motorsport are from the karting days but it's also where I've learnt most. Can't wait to see this beauty on track 👊 pic.twitter.com/UP89c49oO5

Toyoharu Tanabe: "We cannot separate the chassis drag and the engine performance. When we look at only speed, the gap between Ferrari and ours is closer than in previous races."

Does Bottas have a hope of ever catching Hamilton?

I think Bottas is a good driver. Perhaps better than a good half of the grid – but there are drivers that are slightly superior to him. Drivers that are a little more consistent in their pace, a little more aggressive in overtaking – perhaps a little faster over one lap. Unfortunately for him, despite putting in the best year he’s had so far he’s still partnered to one of those drivers that’s got a little edge up on him.

That said being a comfortable second to the only other guy driving the same car as you while beating everyone else isn’t such a bad place to be. Bottas needed to ‘step up’ a level to compete with Hamilton for the title last year, and he achieved it this year – almost. Maybe next year Bottas can make another ‘step’ forwards? Or maybe this is his level. Some drivers are good enough to win races, get poles and podiums but not quite good enough to take a title.
Adam (@Rocketpanda)