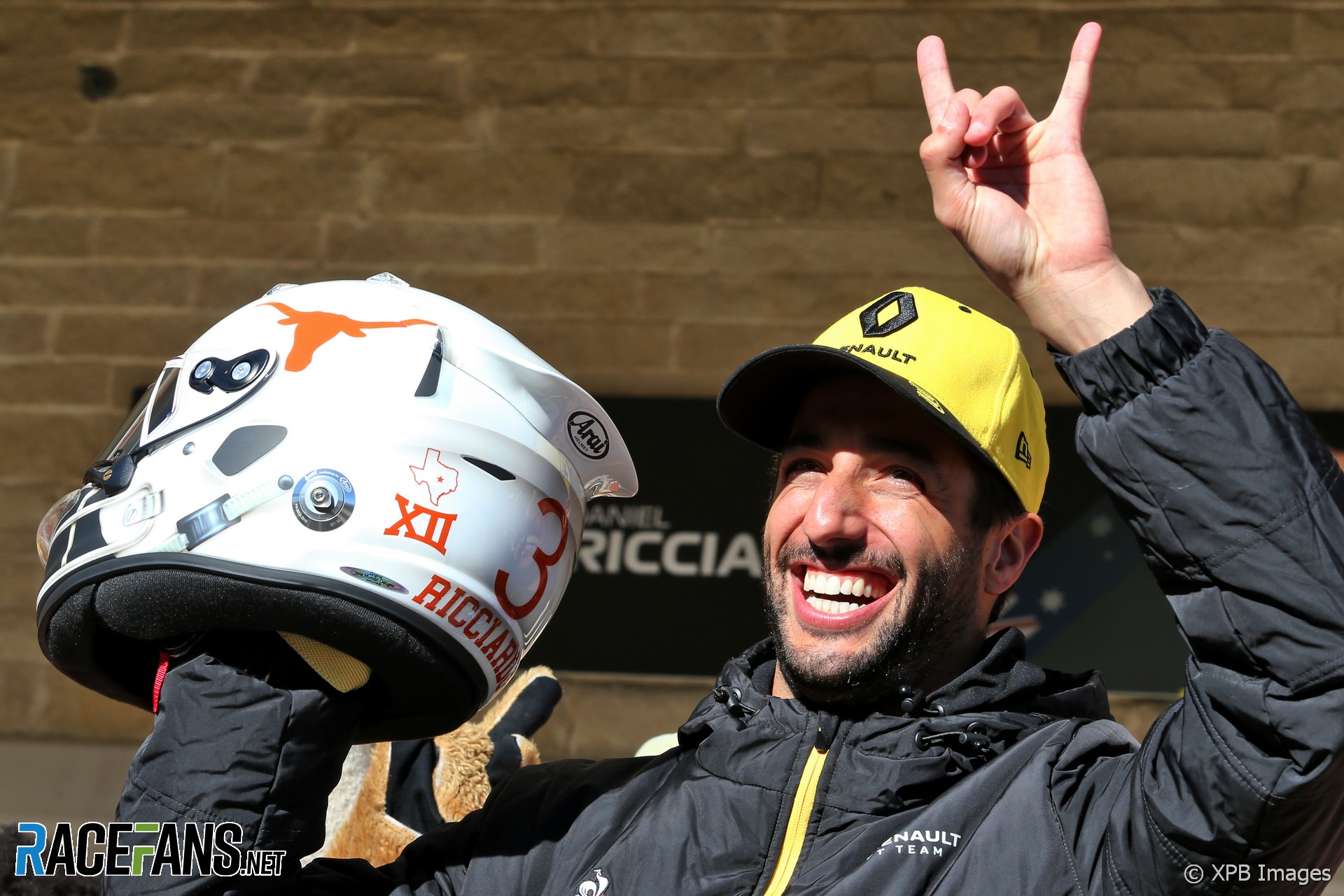 When F1 announced five seasons ago it was going to restrict what drivers could do with their helmet designs, Sebastian Vettel gave this spot-on assessment:

“I think it’s a joke to be honest. There are more important things to decide for the future and that seems to be the only one they can conclude on.”

Since then much has changed. CVC and Bernie Ecclestone are gone, replaced by Liberty Media’s new administration. Sweeping new regulations for the 2021 F1 season have been agreed.

Yet the clause restricting what drivers can do with their helmets remains: “In order for drivers to be easily distinguished from one another whilst they are on the track, the crash helmet of each driver must, with the exception of one competition of the driver’s choice, be presented in substantially the same livery at every competition during a championship season.”

The drivers have not grown to like it. At the Russian Grand Prix Daniil Kvyat was told he couldn’t use a special new design he’d produced for his home race.

(Kvyat suggested he would use the helmet anyway but, sadly, chose not to. How would the stewards have punished such a piffling and inconsequential violation?)

This prompted an outpouring of sympathy and criticism from his cohorts which is still going on. Pierre Gasly said the rule was “bullshit”. Lewis Hamilton called it “BS”, which of course is the same thing. And, not wanting to be outdone, Vettel upped the ante, deeming it: “major BS”.

When the rule was introduced at the beginning of 2015 it was justified on the grounds it would make it easier for fans and media to identify drivers. Which seems logical enough.

But the rule was been written in a way that would tackle this problem. If helmets are to be used to distinguish between drivers then the rule should stipulate drivers wear different designs from each other. Instead, it only requires them to continue using substantially the same design from race to race.

Does that help? Not really. All four Red Bull-backed drivers have substantially similar helmet designs bearing the company’s logo on the sides. And at other teams, drivers often have common and prominent logos on their helmets.

But the clearest argument against the helmet design restrictions is that there already are much clearer ways to tell the drivers apart. One of these was already in place before the rule was introduced: For years, teams have been required to distinguish between their drivers by painting one driver’s roll hoop-mounted onboard camera yellow.

When that isn’t visible – say, on a picture produced by that camera – there are other ways to tell the drivers apart. Many teams use the Halo to identify their drivers.

Furthermore, as Max Verstappen pointed out, two years ago F1 introduced rules specifying the size and location of each car’s individual number, giving a further simple way to identify each driver.

That’s three ways to spot each driver. Do we really need a fourth?

As Daniel Ricciardo pointed out, telling drivers apart by their helmet designs is more of a nostalgic concept than a practical one.

“I get it from the point of view that obviously everyone holds some nostalgia with [Ayrton] Senna’s bright yellow helmet and [Niki] Lauda’s red one and all that. Yes, they were easy to spot, but also they stuck a metre out of the car back then. We’re a lot lower now, the halo covers it, so it’s less prominent than it used to be.”

Allowing drivers to experiment with their helmet designs can help promote the sport, argued Ricciardo. In Austin he took advantage of the dispensation allowing drivers to change their designs once per year and sported a helmet style on a local American football team.

“Me being able to run like the football helmet this weekend, that’s cool for me. And I know the team, the Longhorns, like that, and I know Renault like it. It’s another way to introduce outside parties into F1. I know [Romain] Grosjean is running something from Cars so he’s bringing a little bit of Disney into F1. So it’s actually a way for us to introduce a new audience to the sport.”

Of course, what colour the drivers’ helmets are is not the most serious issue F1 faces. It may well be the least important problem. But that doesn’t exempt it from criticism.

The rule simply isn’t needed. It’s a fusty, knee-jerk ‘bring back the good old days’ reaction; the older generation shaking their fists at those young drivers with their tattoos and hairstyles and ever-changing helmets.

If some drivers want a different style each weekend, let them. There is no ‘right’ and ‘wrong’ about this; if one driver chooses to express their individuality by using the same design throughout their career, that is as valid as one who does the same by adopting a new look for every race.

There are a lot of good changes in the 2021 F1 regulations. The sport should add another by scrapping this silly and unnecessary rule.

89 comments on “The drivers are right: F1’s helmet restrictions are silly”