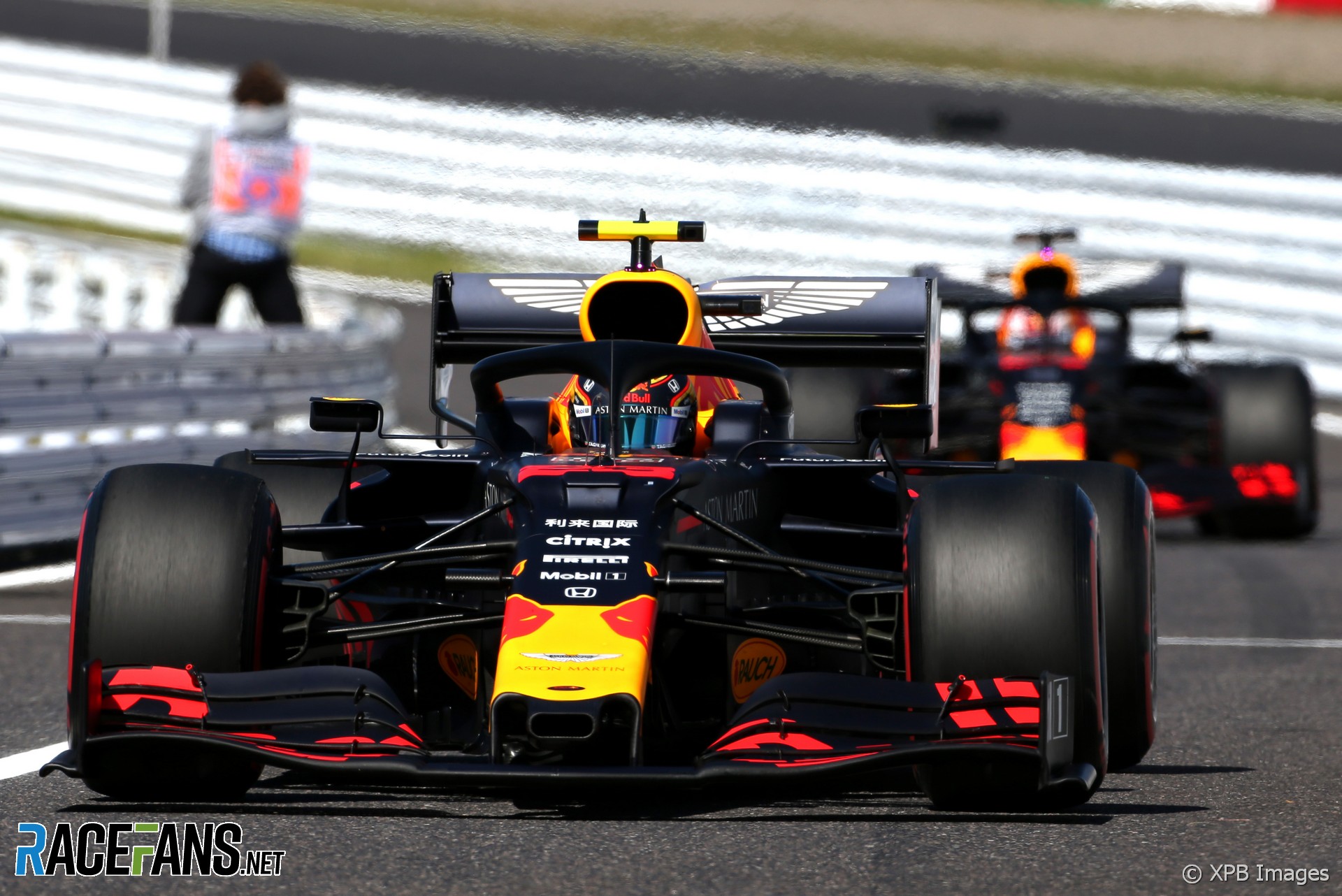 Have Red Bull chosen to keep Alexander Albon on for 2020 because of how much he’s impressed them in the seven races since he joined the team?

Or did they simply not have a better alternative available? After all the two drivers Red Bull passed over for the seat – Daniil Kvyat and Pierre Gasly – are already known quantities. Kvyat spent over a year alongside Daniel Ricciardo before being ushered out to make way for the team’s latest rising star.

That was, of course, Max Verstappen, the punishing benchmark against which their latest recruits are judged. Gasly was measured against Verstappen over the first 12 races of 2019 and found badly wanting. Did Albon do significantly better after replacing Gasly?

In qualifying, Gasly showed some promise up against Verstappen, occasionally getting within four tenths of a second of him. But he never out-qualified his team mate on merit. Gasly got ahead in Canada, where Verstappen was caught out by a red flag, and set a quicker time in Q1 in Azerbaijan, but was later excluded from the session for a technical infringement. Removing these outliers, Gasly was Gasly 0.497 seconds slower on average than Verstappen.

There are not as many useful data points when it comes to Albon. Besides only being in the car for seven races, engine penalties prevented a comparison in Belgium and Italy, and Albon crashed in qualifying in Russia.

Based on what little data there is, Albon’s average has been slightly worse than Gasly’s, at 0.542s off Verstappen. And like Gasly, he hasn’t been able to use harder tyres to get through Q2 as often as Verstappen.

Albon measures up against Verstappen much better when it comes to the races.

Gasly’s race performances were a conspicuous weak point. Too often he got trapped in the midfield and at times was even lapped by his team mate, such as when Verstappen won in Austria. “We shouldn’t be racing Saubers and McLarens,” Horner despaired, not long before Gasly was shown the door.

For Albon, again, the picture isn’t entirely clear because of the compromised races the team has had since the summer break. But the trend is clearly much more positive. Only in Austin, where he was involved in a collision on the first lap, has he finished anything like as far behind Verstappen as Gasly did.

He hasn’t managed to take a podium finish year, but in seven races he has consistently placed inside the top six – the group a Red Bull has no business finishing outside. In seven races he’s not only scored more than Gasly did in his 12-race stint at Red Bull, he’s out-scored Verstappen since the summer break too.

Arguably, Albon has been flattered in that the Red Bull is a better, more sorted car now than it was at the beginning of the season, when the team were struggling with set-up problems. Verstappen’s woes in Japan and Mexico clearly flattered him too.

But Albon’s race performances are much closer to Verstappen’s level than Gasly’s were. This is particularly impressive when his relative lack of experience is taken into consideration.

Albon was dropped from Red Bull’s junior programme in 2012 and didn’t drive an F1 car for the first time until he joined Toro Rosso at the beginning of this year. Gasly, in comparison, was nurtured by the team throughout his junior career and had several real-world F1 test chances.

After getting his F1 break Albon scored his first points in his second race. The first time he drove an F1 car in the rain, at the Hockenheimring, he ran fourth and took sixth – winning a feisty battle with Gasly as he did.

Clearly Red Bull discounted its two in-house alternatives to Albon. And it chose not to look beyond its current talent roster.

They could have looked further afield – to Renault, for example, where Nico Hulkenberg is searching for a seat. But taking a driver from outside their own programme is not the Red Bull way. Particularly when it’s a driver who’s found himself without a seat for next year. Even more so when that driver has been shown the way this year by the man who quit Red Bull at the end of last season.

But while this is true, it’s also clear Albon built a convincing case for himself over his first seven races at Red Bull. Though he hasn’t been as quick as Verstappen and he has had a few crashes, he’s never lost sight of the importance of bringing the car home and bagging the points. Red Bull are banking on him proving the perfect foil to the spectacular Verstappen in 2020.

38 comments on “Analysis: Just how good is Alexander Albon?”