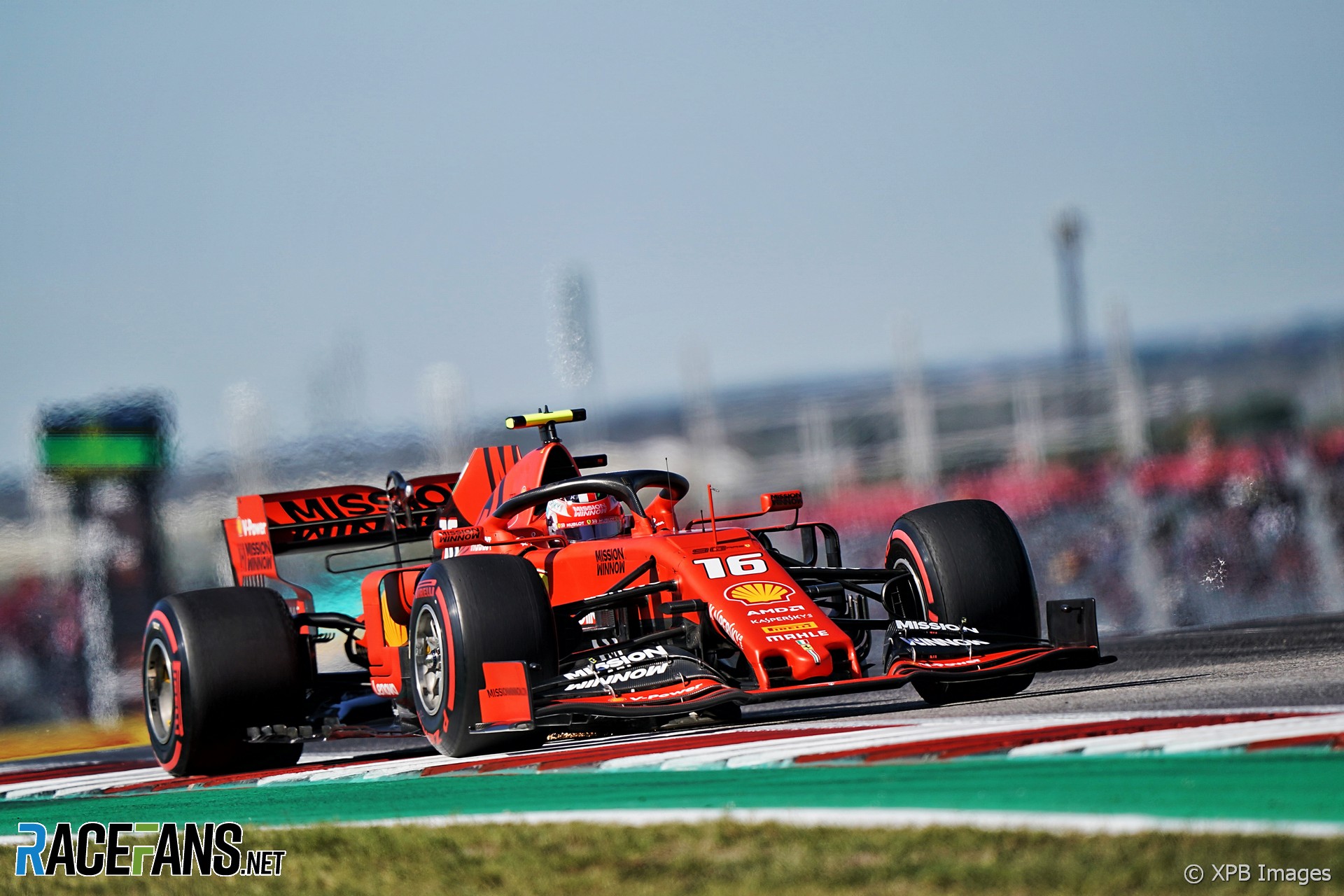 Charles Leclerc’s engine failure in Austin means he will have a grid penalty at this weekend’s Brazilian Grand Prix.

Ferrari has confirmed they will fit a new power unit to his car for the upcoming race at Interlagos. Ferrari has not given full details of which parts will need to be changed, but it is likely to mean Leclerc will take at least a 10-place grid penalty.

Leclerc used an old power unit following the failure at the Circuit of the Americas.

“Charles will get a new power unit there,” team principal Mattia Binotto confirmed, “as his was damaged on Saturday in Austin which meant he had to use a previously used and less powerful version for the rest of the weekend. Fitting a new PU means taking a grid penalty in Sao Paulo.”

This is the second engine penalty Ferrari has had this season – Sebastian Vettel took a 10-place drop in Belgium.

Despite the setback, Binotto is hopeful the team “should be back to our normal performance level” following their sub-par outing in Austin, and will “show some fighting spirit to finish the season on a high note.”

“That will be important in order to confirm we are making progress with our car and to take some of that momentum into the winter work,” he added. “I know that our drivers and the whole team are fully focused on that.”

16 comments on “Leclerc to take grid penalty in Brazil”