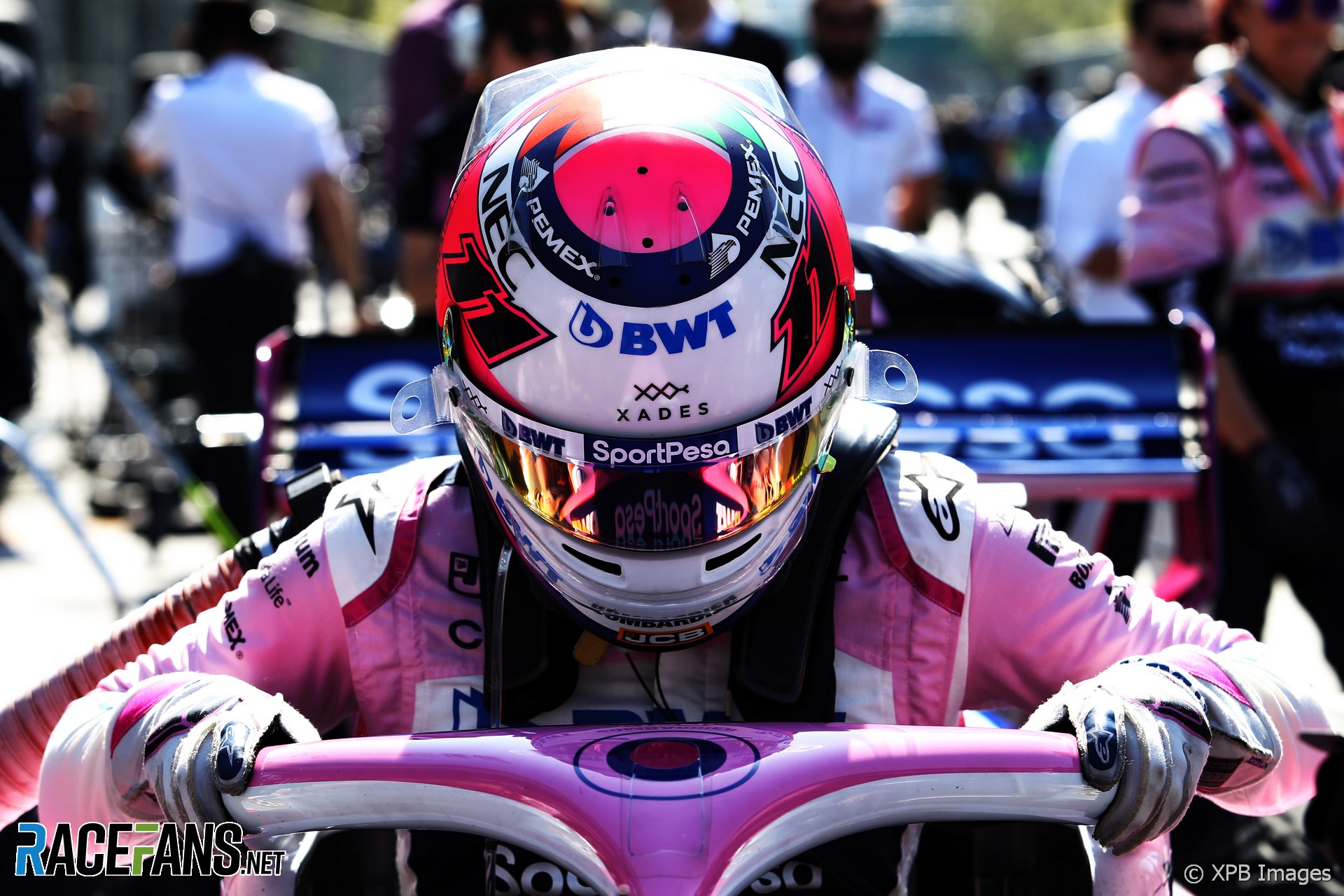 Wielding a lightly warmed-over version of last year’s Racing Point, Sergio Perez demonstrated what the car was capable of far better than his team mate.

Perez was seldom headed by Lance Stroll all season long. On the few occasions he was, some external factor was usually responsible.

Qualifying for the first race of the season set the form: Stroll fell at the first round, while Perez dragged his car into the top 10. Of course that meant starting on old tyres, and Perez slipped back in the race, while Stroll bagged points.

Perez swiftly set about demonstrating this was an outlier of a result. In Azerbaijan, a track where he and the team have consistently impressed, he was the first driver home not blessed with a Mercedes, Ferrari or Red Bull. That proved the first of four midfield wins he managed during 2019.

The other three came after the summer break, as Racing Point made strides with their RP19. A somewhat fortuitous sixth place when the season resumed at Spa, aided by Lando Norris and Antonio Giovinazzi’s late problems, began a run of solid results for Perez.

He turned in a tremendous drive on home ground in Mexico, dicing with Ricciardo as he claimed ‘best of the rest’ honours again. But he also impressed in at Monza and recovered well in Singapore, until his car let him down.

At Suzuka Perez was lucky his last-lap clash with Pierre Gasly didn’t cost him a points finish, thanks to the chequered flag error. For a while, Perez’s points-scoring single-handedly made Racing Point a viable prospect for fifth in the championship.

Those hopes were dashed at Circuit of the Americas, where he had to start at the back of the grid after failing to stop at the weighbridge during practice. Nonetheless he survived a last-lap tangle with Daniil Kvyat to add another point.

The team slumped at Interlagos, Perez complaining of poor straight-line speed, but at Yas Marina he took advantage of being the highest driver on the grid with new tyres to take his final ‘best of the rest’ finish, passing Norris superbly on the final lap.

Perez left few points on the table during 2019. The main exception, Germany, was a major missed opportunity. He spun out early on in the wet conditions, leaving Stroll to bag a fortunate fourth place following a late gamble on slick tyres.

But while Perez’s only significant driving error of the year proved costly, his consistent points-scoring more than made up for it in the final reckoning.

What’s your verdict on Sergio Perez’s 2019 season? Which drivers do you feel he performed better or worse than? Have your say in the comments.

Join in our poll and have your say here: