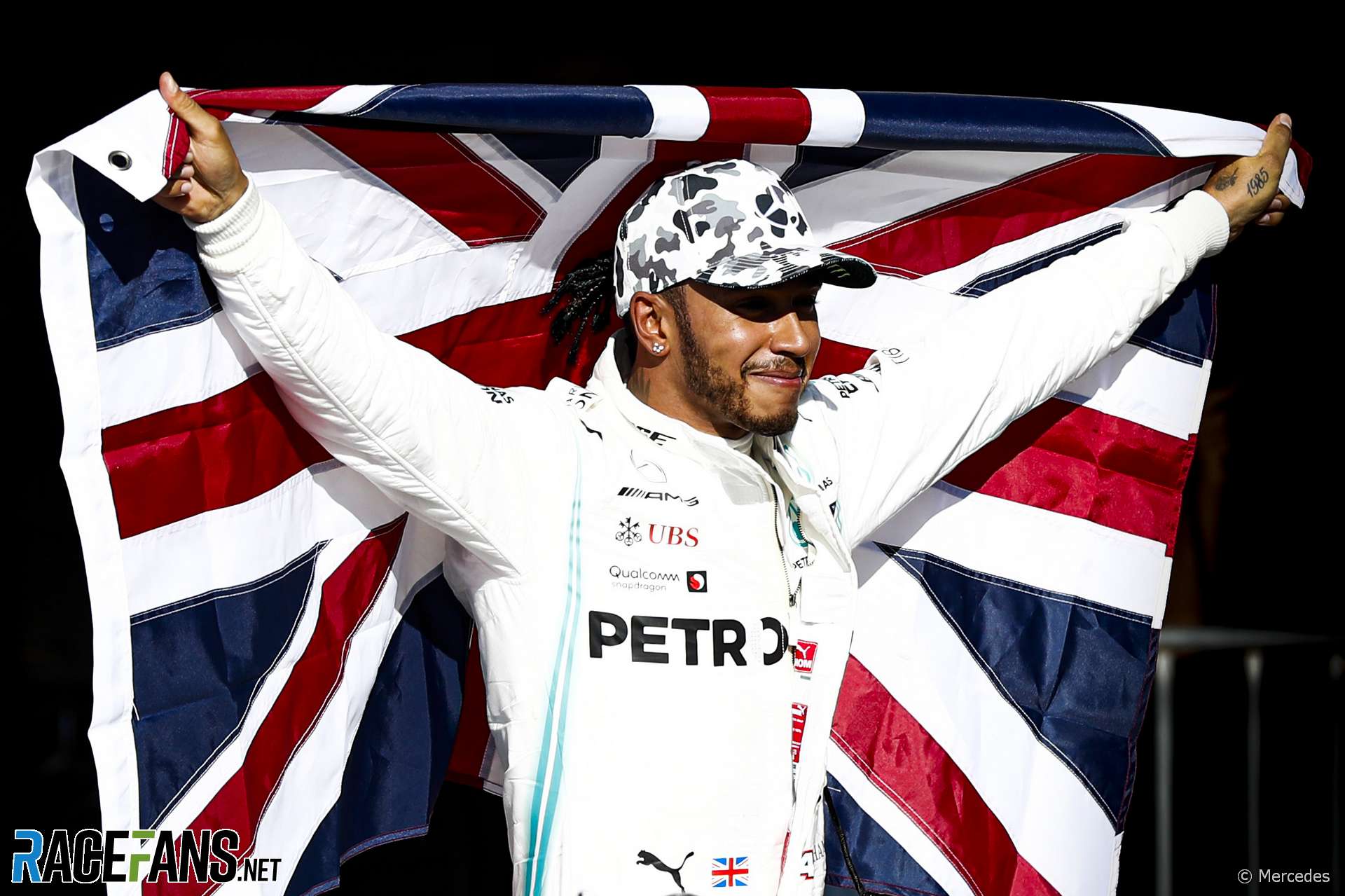 Since Friday, when Britian’s 2019 New Year Honours list was published, there has been a recurring question on Formula 1 social media feeds: ‘What must Lewis Hamilton do to get a knighthood?’.

There are no doubts Hamilton ranks amongst the very best drivers Formula 1 has ever feted – and is its best-ever by some metrics – just as there are zero doubts that his successes resonate across the globe. He has single-handedly brought diversity into a spot which badly lacked it, and contributed to awareness of veganism and ‘green’ lifestyle choices despite dominating an activity not readily associated with eco-awareness.

Yet folk point to cricketers who receive honours after winning a single World Cup, name politicians they feel screwed up the country, fume at the recognition of highly controversial jurists and administrators. Then they scream ‘injustice’ as Hamilton, who was made a ‘Member Of The Most Excellent Order Of The British Empire’ (MBE) following his 2008 title, is left to await further recognition.

Some suggest racism or Hamilton’s tax record have played a role. But of the thousand-plus names mentioned in 2019’s list, 9.1% are from minority groups, which is broadly in line with Britain’s demographic. As for Hamilton’s tax arrangements, which last hit the headlines two years ago when he was accused of dodging a £3.2 million bill on a private jet, Lord Peter Hain has claimed the Mercedes driver ranks amongst the country’s top 5,000 tax payers, with his income generated mainly by British business.

The boy from thoroughly humble Stevenage roots, who overcame staggering odds to rise to the very top of arguably the world’s most brutal mainstream sporting genre, has done so in British-built kit throughout his 13 years in F1. Surely he has done enough to be ordered to kneel and feel the tap of a gleaming royal sword on his shoulder?

Such sentiments, though, overlook a simple reality. Namely that of all British F1 world champions – 10 to date (excluding those associated via former colonies) – only Sir Jackie Stewart has been knighted.

Stewart worked tirelessly on safety and contributed to various charities after retiring. Despite a record-breaking career in British-owned teams, his gong came 26 years after his third and final world title.

Only two further F1 drivers have been knighted. Sir Jack Brabham, also a triple champion – twice with British cars, then in 1966 in a car of his making – was honoured 13 years after winning his final title, under a short-lived arrangements under which Australians could qualify for such accolades.

The other was Sir Stirling Moss, following an illustrious career – albeit one without an F1 title – including victories in Le Mans, Mille Miglia, rallies, speed records and other high-profile activities at a time when grand prix racing was not the only form of motor sport widely recognised by the public.

The fact of the matter is that there were no major awards to drivers until the late nineties/early noughties: Stewart and Moss knighted, as was successful team owner Sir Frank Williams. The latter’s McLaren peer Ron Dennis was made a ‘Commander of the Most Excellent Order of the British Empire’ (CBE).

Since then the only F1-related honours recipients of note besides Hamilton were Jenson Button and his former team boss Ross Brawn (both 2010), and Claire Williams (2016), whose team was F1’s most successful independent operation at the time, plus services to Women in Motorsport. In 2012 Nigel Mansell’s honour was upgraded from OBE to CBE, but as president of UK Youth. There have been no F1 knighthoods for 20 years.

[icon2019autocoursempu]Could it also be that after 2000 Buckingham Palace and folk in the honours loop took a dislike to F1, and thus no longer views its protagonists worthy of being knighted?

Certainly, F1 hardly covered itself in glory this millennium: The infamous ‘Baccy Bung’, when then-F1 tsar Bernie Ecclestone was accused of donating a million quid to the ruling Labour party in return for tobacco concessions; the McLaren versus Ferrari ‘Spygate’ affair; Renault’s ‘Crashgate’; a widely publicised sex scandal; Ecclestone’s Munich trial, which saw $100m paid to settle $35m bribery allegations, and so on…

Back, though, to the opening question: History relates that, at the very least, Hamilton needs to retire from F1, then dedicate the next 20 years of his life to some high-profile activity while perhaps hoping that F1 un-tarnishes itself in the interim.