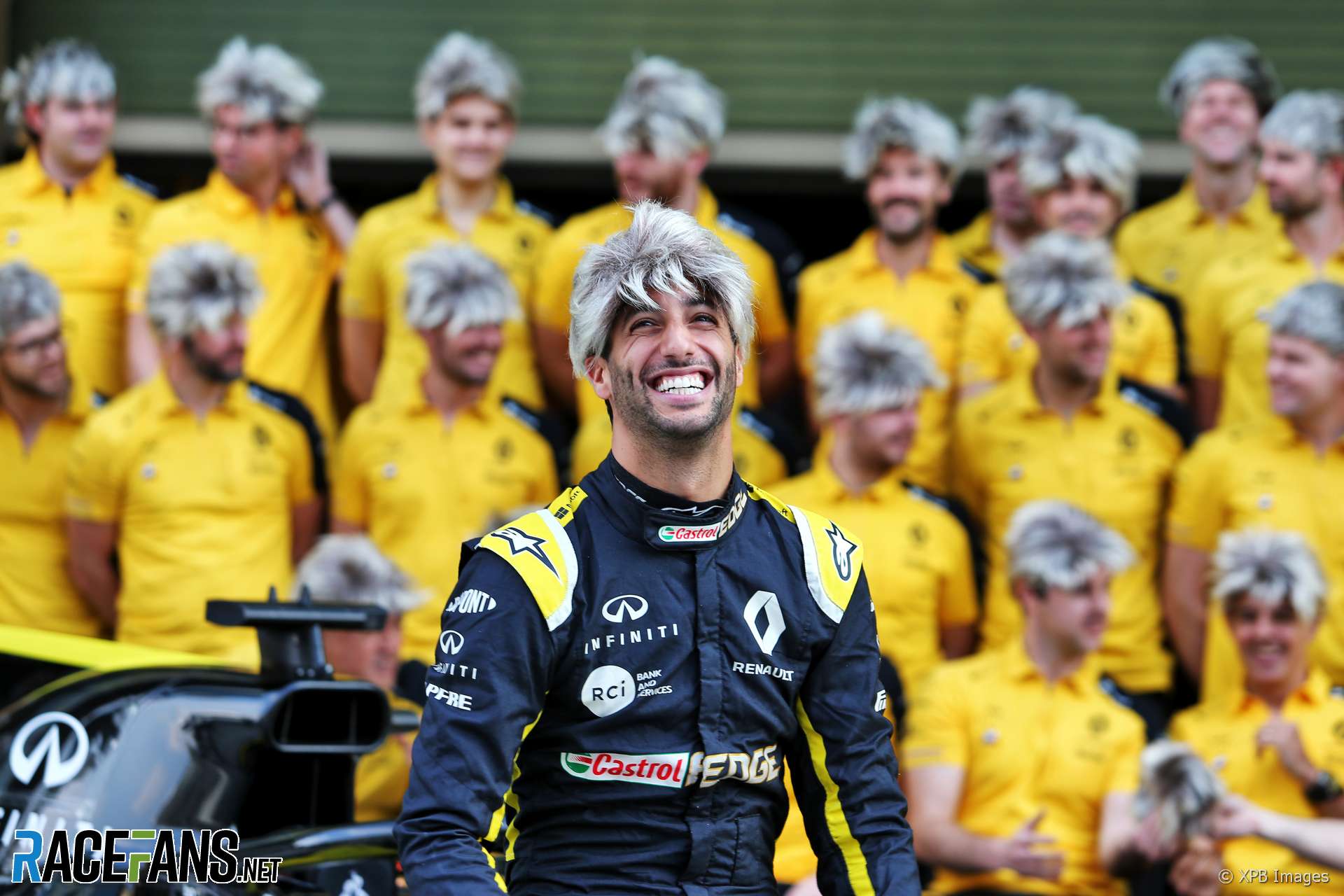 In the round-up: Daniel Ricciardo says he wants to take his relationship with Renault to the “next level”.

RaceFans asked Ricciardo how he intends to spend the break before the start of the 2020 F1 season:

I’ve got some ideas. Some team morale stuff, call it like ‘team building’ and some activities.

But I think more importantly, just to spend time with the team even away from the track. At the track like with Cyril [Abiteboul, team principal] sometimes it’s like ‘hi’ and that’s all you get over a weekend because he’s busy, I’m busy. So you don’t always get quality time at the circuit.

I feel that to take this relationship to the next level, getting time away from the track is good. Just having that feeling for the guys, if they know each other a bit more then they’ll want to work a little bit harder for each other and make some good stuff happen.

Bruce McLaren's house in New Malden, Surrey, UK, circa 1963. It was convenient for the Cooper factory in Surbiton and for quick London exits (London Airport, Gatwick, the A3 etc).

Last year I was a Seb fan girl just dreaming of meeting him.This year I chased down his Ferrari to get a pic! I was shaking so bad he grabbed my phone to take the pic! So grateful for this moment and I will always be the same Seb fan girl! #Seb5 #USGP #COTA ❤🙏☝️ pic.twitter.com/QfO72bKX4B

"We’re not going to sacrifice 2020; we want to have another good season because it’s important for the development of the team to have continuous improvement."

"At the moment I have no interest in racing in IndyCar. It's a really competitive series, second only to F1, but on the other hand it’s a really dangerous category."

Sportsperson of the decade (Sky)

I am more worried about the future of Alfa Romeo’s presence in F1, given the sales report of the car business in last few years. Also, FCA and PSA merger may not be good news for it.

The team will definitely remain, under a different brand and/or owner. But the Alfa Romeo name won’t.
@Praxis

Happy birthday to Regis and T3X!