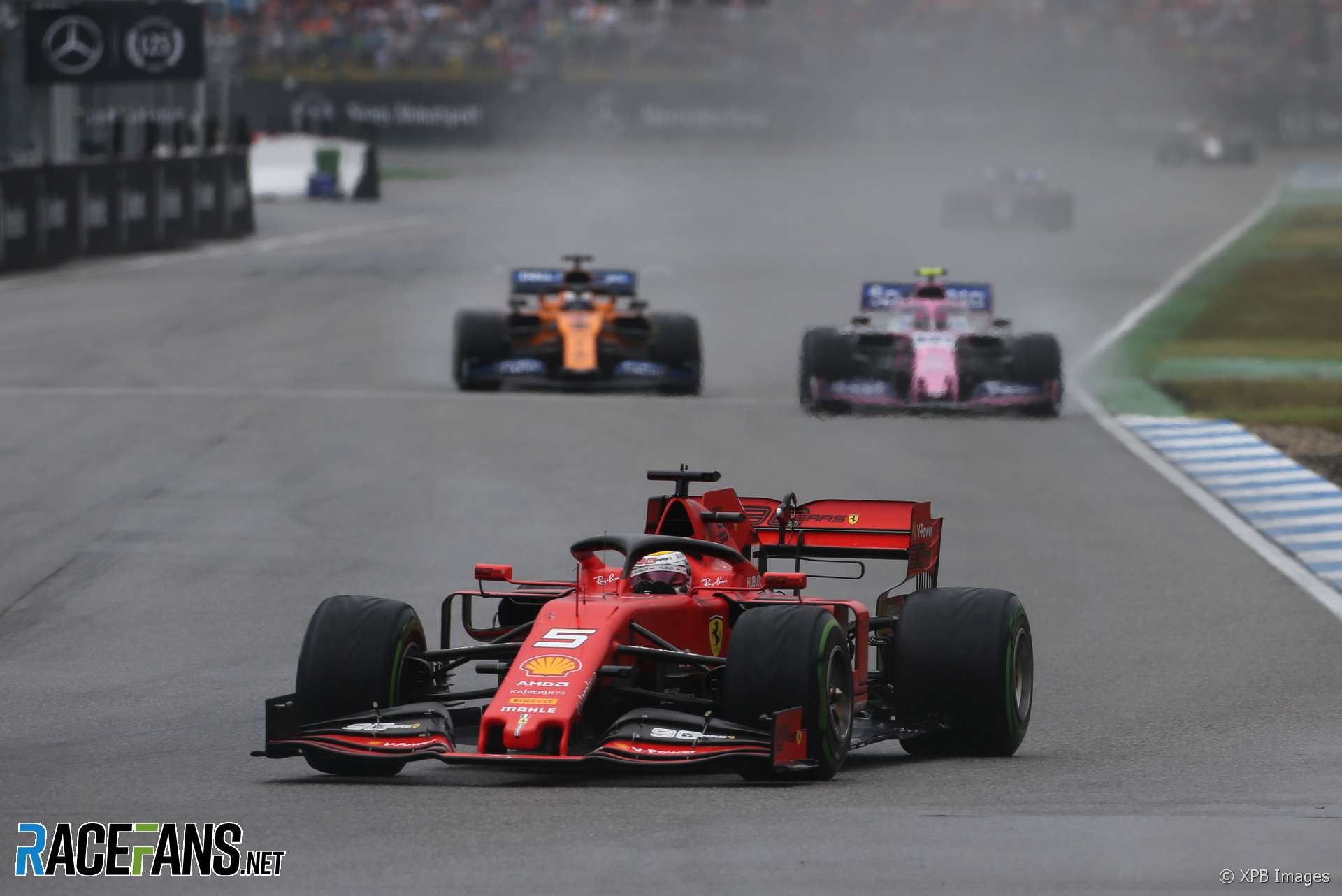 It wasn’t just drivers from the ‘big three’ teams who impressed with their comeback drives last year.

The Mercedes, Ferrari and Red Bull drivers have an obvious advantage when it comes to overtaking other cars. But the likes of Carlos Sainz Jnr (McLaren) and Daniil Kvyat (Toro Rosso) made some of the biggest position gains in this year’s races despite not having the same kind of superior car performance.

Here’s who made the biggest comeback drives of 2019 – and how they did it.

Sainz started 19th in Austria after opting to take an updated Renault engine early, incurring a grid penalty. He picked off drivers ahead one by one, typically on the back straight with the assistance of DRS and his fresh power unit. He finished eighth, impressively just two positions behind his team mate Lando Norris, who started much closer to the front.

Two drivers took advantage of the mixed conditions in Germany to finish in the top four having started nearer the back. Kvyat, who lined up 14th, lost three positions on the opening lap of the race but made up ground during his fourth stint where he was on the intermediate tyres longer than most drivers. This crucial element of his four-stop strategy propelled him to second until he was passed by Sebastian Vettel with two laps to go. It was his first podium since 2016 when he raced for Red Bull.

Meanwhile Lance Stroll, like Kvyat, pitted for slicks behind the final Safety Car. However he was passed by the Toro Rosso driver, missing out on the podium as a result.

Max Verstappen and Sergio Perez had engine change penalties in Italy and tangled with each other at the start. That meant Verstappen had to pit for repairs at the end of lap one, which made his afternoon even more difficult. By the end of the race he’d caught up to Perez again, but didn’t have enough in hand to pass the Mercedes-powered Racing Point, who made another strong comeback drive later in the season at the Circuit of the Americas.

A pair of former team mates made up a dozen places each at Spa-Francorchamps. Alexander Albon started his first race for Red Bull towards the back of the grid following a full power unit swap. He was running seventh when the final lap began but gained one place from the stranded Norris, then overtook Perez to finish fifth.

Kvyat struggled in qualifying due to a suspension problem. Having qualified down the order his team fitted a new power unit and he dodged the turn one collision between Verstappen and Kimi Raikkonen superbly, gaining eight positions on the opening lap, which perfectly set up his one stop strategy. He also benefited from the McLaren’s stoppage to finish seventh.

Albon made an even better recovery drive in Sochi. He needed to, after losing the rear of his car during Q1 and crashing. From the rear of the field he picked his way through the midfield during the race, though he might not have got past Sainz for fifth if he hadn’t been helped by the Safety Car.

Bottas started last at Yas Marina due to not one, but two, complete power unit changes. He therefore had a fresh engine, theoretically good for seven race weekends, for the final grand prix of the season.

That proved useful as a DRS fault hit the entire field at the start of the race, meaning he had to make do without it for the first 18 laps. Bottas was chasing down Leclerc in the final laps but had to settle for fourth – without that DRS problem a podium might have been possible.

Another power unit problem for Sainz during qualifying in Brazil condemned him to another back-of-the-grid start. But a lively race provided the opportunity for one of the season’s most unlikely performances.

Having eked out his tyres on a one-stop strategy to move to the front of the midfield, late Safety Car periods brought drivers on fresher rubber within striking distance of his McLaren. However he was able to fend off the Alfa Romeo pair, despite their considerably fresher tyres.

His incredible tyre management ultimately earned him his first podium in F1 after Lewis Hamilton received a post-race penalty.

Vettel: 20th to 2nd in Germany

When an engine problem in qualifying prevented Vettel from taking to the track for qualifying at his home race he was forced to start from the back of the field. The Ferrari driver kick-started his impressive drive with a perfect start in wet conditions that saw him gain six positions on the opening lap.

He continued to pick his way through the chaos as other drivers like Bottas, Hamilton, and Leclerc made mistakes. An overtake on Kvyat with two laps to go moved him up to second place. He very nearly threw it away, however. Although the world feed didn’t show it at the time, Vettel nearly spun off on the final lap as he tried to claim a point for fastest lap.