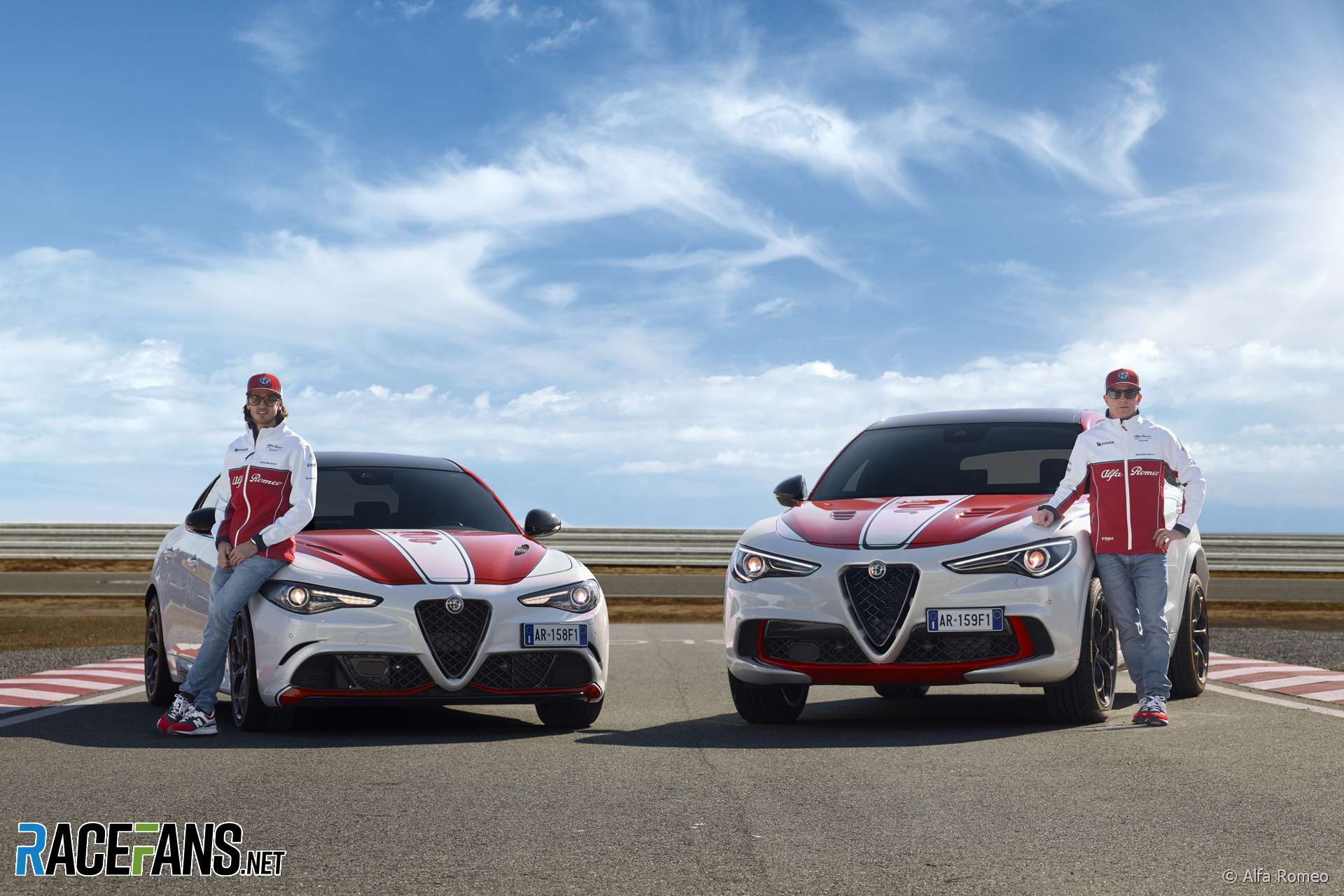 There are eight automotive brands represented on the current Formula 1 grid. Two (Mercedes and Renault) are mainstream, two (Ferrari and McLaren) fill specialist niches but are fully committed, two (Alfa Romeo and Aston Martin) are using F1 as an image platform only without any technical involvement, one (Honda) is an engine supplier only, and the last (Infiniti) rides on the back of its Renault-Nissan alliance partner.

We could compare this statistic to the heyday of manufacturer involvement during the mid-noughties, when F1 boasted the same number, namely Ferrari, Renault, Toyota, Honda and Jaguar (Ford) as team owners; Mercedes and BMW as engine suppliers; and Fiat as Ferrari’s alliance partner.

But this comparison would be rather disingenuous. Measured on an overall basis, manufacturer commitment a decade ago ran well beyond present levels. Back then five manufacturer teams also supplied engines to independent teams, while two provided engines only – so seven in total, ranging from Ferrari and Mercedes through BMW, Honda, Renault and Toyota to Cosworth, which was then owned by Ford.

Still, as several of their boards came to realise, F1’s economics made little sense, particularly as the global economic crisis bit and/or they failed to win. So their brands departed. By 2011 the grid featuring Ferrari in its usual role, Mercedes as team owner and engine supplier and Renault (engines), plus Cosworth (restored to private hands). When hybrid engines arrived Cosworth exited and Honda returned, restoring the status quo.

These comparisons, spread over less than two decades, prove how finicky manufacturer involvement can be. Boardroom-level decisions to enter are invariably the result of long-winded presentations and much dithering. On the other hand, exits usually occur rapidly as a result of knee-jerk reactions to some calamity.

Clearly, F1 would do well to pay heed to the economic welfare of its current manufacturer base. For darkish clouds are gathering on the horizons of most current brands – with two notable exceptions.

Mercedes presents a fascinating case study for analysts. Its stock hit a peak of around $110 in March 2015 following the Silver Arrows’ first double title. Then it slid inexorably downwards, eventually bottoming at $50 last August, around the same time it became clear the team was on course to snare its sixth double title. It had rebounded slightly since.

Mercedes announced record 2019 sales as this was written, but the fine print shows these were mainly in the luxo-barge and SUV sectors in three markets: Germany, USA and China. BMW Group out-sold its arch-enemy; Reuters reported the final score to be 2.52m versus 2.34m.

Renault revived their full manufacturer team in 2016 and are gearing up to take advantage of F1’s regulations overhaul in 2021. But all is not well behind the scenes. The word is that former CEO Thierry Bollore was preparing the company’s exit from F1 before he was summarily dismissed in October. He is likely to be replaced by ex-Seat boss Luca de Meo, whose CV displays little evidence of F1 interest and who will have his hands full dealing with fall-out the arrest and subsequent escape of ex-CEO Carlos Ghosn, who championed the company’s F1 efforts.

When Renault announced its return to F1 its share price hovered at $105; today it is worth less than half that. True, the Ghosn affair jolted the stock into freefall, but it was in a downward spiral in any event. Sister brand Infiniti fared worse: 2019 sales dropped 40 per cent year-on-year, so much so that the brand left Europe.

Contrast that with the value of arch-rival Peugeot, which has been absent from top-level motorsport for almost 10 years, but will return in WEC’s new hypercar class next year. Its stock has risen 25 per cent in five years. During Ghosn’s post-escape press conference he said the auto sector “rose on average 12% during the past two years”, putting Peugeot owner PSA – currently in the midst of a merger with Fiat Chrysler Automobiles (FCA) – ahead of the curve.

Honda returned to F1 in early 2015 with McLaren at a time when its share price was ¥3500, rising to almost ¥4500 as the power unit’s problems became apparent, then regressing to ¥3100 as performance improved. It dipped to a low of ¥2500 within weeks of the brand scoring two grands prix victories via Red Bull Racing!

During the same period the market values of rivals Toyota and Nissan remained relatively strong until the Ghosn affair knocked the latter’s share price. Immediately after announcing a one-year extension to its F1 campaign, Honda stock dropped ¥200 from a six-month high.

Now to two ‘imposters’: Alfa Romeo and Aston Martin, to whom F1 is no more than a branding exercise via title sponsorship rather than full participation. The record shows that both are paying heavily for their approach, and not merely in fiscal terms.

Alfa Romeo, which targeted annual sales of 400,000 units globally off a five-model platform when it inked its deal with Sauber, will be fortunate to move a tenth of that projection this year. Who would have thought that on a global basis the Serpent would be outsold by sister Lancia, whose sole model – the Lancia – is only sold in Italy?

Given that Alfa owner FCA will soon merge with PSA, one wonders whether the revised board will countenance a continuation of the F1 marketing programme, and the effect of any decision on the share price.

Aston Martin is title sponsor to Red Bull Racing in order to be ‘in the conversation’ when prospective punters talk supercars. But the partnership has not avoided a share price rout: having listed at $22 in October 2018, their value tumbled 80% to $5-ish. Worse, an imbalanced sales mix favouring lower-end product and decreasing overall margins have seen earnings revised downwards thrice in 12 months.

How does Porsche, which decided against an F1 entry as either team owner or engine supplier two years ago, Compare in all this? Although the company’s shareholding structure is complex and thus not directly comparable to those of its peers, Porsche’s market value has largely stood firm, though it took a shaking during the Dieselgate scandal. Its current share price trades within a few cents of that five years ago.

If all this seems rather negative, Ferrari and McLaren provide reasons to be cheerful. It’s true the former is far from immune against the vagaries of global economics: It listed on the New York Stock Exchange in 2015 and is required to post reasonable returns rather than blow its profits on F1. But Ferrari’s share price (RACE) has appreciated in leaps and bounds, having opened in 2019 at $105 and closed the year at $165

The NYSE is an insatiable monster that needs regular feeding, but Ferrari should be good for the foreseeable future providing it posts strong profits. The pending arrival of its ultra-luxury SUV, codenamed Purosangue, is expected to do wonders for those, however much its existence may pain Ferrari purists.

McLaren Automotive is on schedule to record 5,000-plus sales in 2020 and further boosts in profits. Its turnover reflects a well-nigh five-fold increase from $300m in 2012, the first full sales year, but beware – the division’s underlying profits would hardly keep the F1 team in Renault engines, so voracious are new (road) car funding requirements. Still, there is no doubting McLaren’s commitment to F1 and motorsport in general – it will run a full-time two-car IndyCar team this year to raise its profile in the American market.

As Mark Twain opined, “there are three kinds of lies: lies, damned lies, and statistics”, and such a phrase could well be levelled at these observations. Put differently, correlation is hardly causation, but a discernible trend certainly exists, and readers may draw their own conclusions. True, disruption, mainly electrification, has hit the automotive sector, but as a whole it has grown while most F1-linked brands have regressed.

Either way, over the past five years motor manufacturers with F1 involvements have by and large not fared as well as their direct market peers, who have either shunned only or even motorsport completely. There are, though, two exceptions: Ferrari and McLaren have clearly benefitted. This cannot be linked to their successes as neither won a championship last decade, a possibility which seemed unlikely after their championship fights of 2007 and 2008.

Yet, their market indices are no surprise. Ferrari and McLaren are specialist manufacturers whose long-standing commitments to F1 – since 1950 and 1963 respectively – have effectively created virtuous circles that fed both the sport and their brands. Thus, authenticity is clearly crucial to this equation, whereas arbitrarily sprinkling F1 pixie dust about clearly fools no one.

25 comments on “Analysis: Are F1’s car makers winning on Sunday, selling on Monday?”