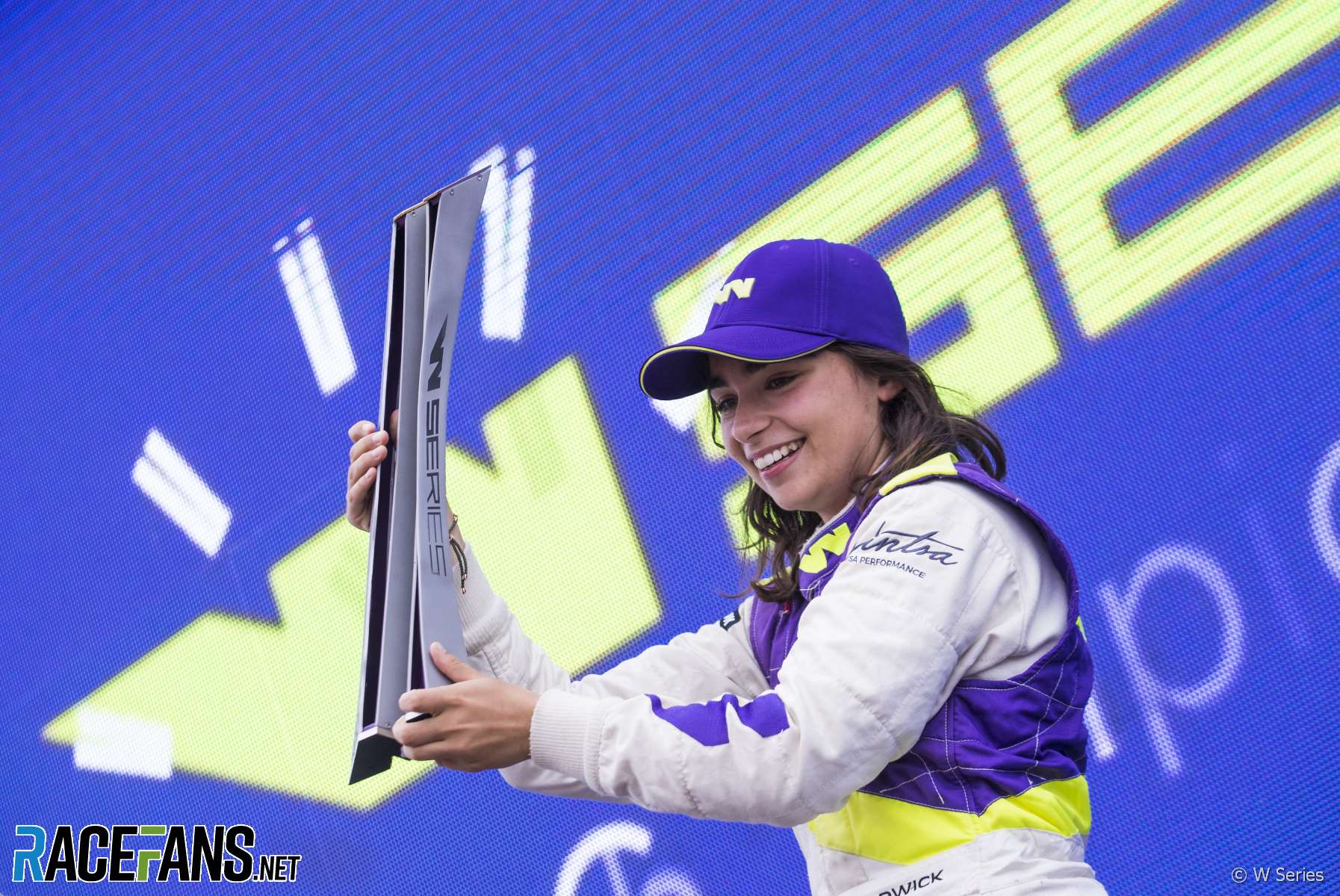 W Series CEO Catherine Bond Muir says the championship is moving closer to getting women racers into Formula 1 after announcing a deal to run support races at two grands prix this year.

The championship has added two new rounds at Circuit of the Americas and the Autodromo Hermanos Rodriguez supporting their F1 races in October. The back-to-back rounds will form the finale for W Series.

“The reason why we’re going to Austin and Mexico City is that it fits in very well with our timetable,” said Bond Muir. “We think it’s an absolutely fantastic finale to our season and it’s great that there’s only a week in between.”

The other six W Series races will continue to be held alongside DTM events. “From our last race with the DTM we can actually ship our cars over so that saves us some money and then obviously we can ship them back again,” said Bond Muir.

“We’ve been in discussions with Formula 1, we know the people who run the business there and they in fact approached us a few months ago and said that they would be interested in us being on their calendar,” she added.

“We wanted to expand internationally and we felt the second season it was great for us to go with the Americas and the fact that we could race with Austin and Mexico that was ideal for us. And it’s also great for our partner Rokit phones because they are based in the Americas.”

The second W Series championship will begin at Russia’s new Igora Drive circuit in May. For the first time the series will award FIA superlicence points to competing drivers. Bond Muir says the championship is getting closer to achieving its goal of promoting more women racers into top motorsport categories including Formula 1.

“What we did in the first season is gave 20 drivers more experience, a lot of coaching to help improve their motor racing skills and hopefully in the second year we can do more of that. But also what is starting to happen is a whole variety of other brands and series are looking very carefully at our drivers.

“So I think we are already starting to achieve our ambitions. We are closer to getting women into Formula 1.

Despite the tight time constraints of F1 race weekends, W Series intends to keep its current race duration of 30 minutes plus one lap. The F1-supporting races are expected to take place on Saturdays. W Series is yet to confirm its broadcasting arrangements for the new season.