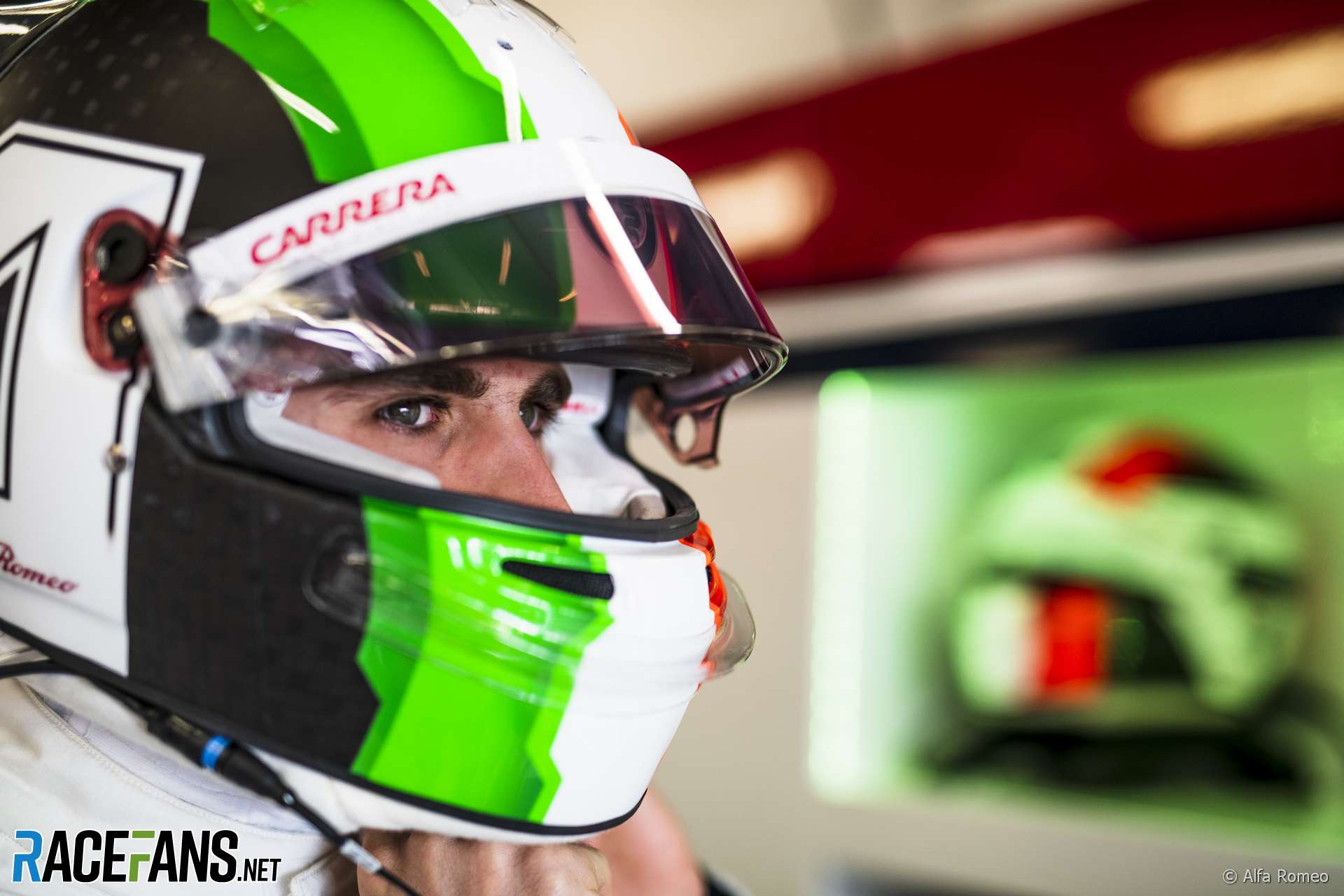 Between taking the chequered flag at Yas Marina in 2016, and lining up on the starting grid in Melbourne last year, Antonio Giovinazzi started just a handful of races.

During that time he estimates he completed tens of thousands of simulated laps for Ferrari. While that virtual kilometre-age was undoubtedly useful, it did leave him short of recent real-world F1 experience when he finally made his full-time grand prix debut.

He therefore faced a steep learning curve when he joined Kimi Raikkonen in Alfa Romeo’s all-new driver line-up 12 months ago.

But for a while it seemed Giovinazzi might not make the grade quickly enough to hold onto his place at the team. By the summer break he had scored just one point, though he would have had more had he not been given a post-race penalty for a technical infringement in Germany.

“I had a tough first part of the season,” he admitted. “In the second part I think I learned and I improved and I grew up like a driver. This was one of my main targets.”

Alfa Romeo left it late to confirm Giovinazzi would get another chance to drive for them in 2020. His contract extension wasn’t announced until the day after the United States Grand Prix.

Why did they wait so long? “Because Mick Schumacher wasn’t ready yet” is the cynical answer. But the clear trend of improvement in Giovinazzi’s qualifying results shows one of the reasons why Alfa Romeo have decided to stick with him.

With each passing Saturday he got closer to banging in his best possible lap when the opportunity demanded it. And with that, he increasingly took the fight to Raikkonen. But with Alfa Romeo slipping back from their midfield rivals, Giovinazzi’s improvement tended not to be reflected in higher starting positions and, therefore, better race results.

A worrying moment for Giovinazzi came at Spa. On course for a solid points haul, he binned the Alfa Romeo halfway around the penultimate lap. But that first race back after the summer break “inspired a big step”, he said. “I think after Monza also my motivation went higher and higher. After the second part of the season, I was quite happy with my performance.”

Giovinazzi bounced back immediately at his home race, taking points for ninth place. Even better followed at the next round, in Singapore, where he became the only driver from outside the front-running teams to lead a race all year, on his way to another points finish.

The best of all came in Brazil, where he followed Raikkonen home in fifth place. “This was the best result for sure,” he said. “I had a few of them [which were] also good like Singapore, like Monza. Also Spa before the crash was a really great race.”

But in Brazil “we put it all together, we had also a little bit more luck, a few of the guys in front stopped so we gained position. So it was overall the best race.” And it was a fitting follow-up to that contract extension.

Looking at his results over the season as a whole, Giovinazzi’s relative weakness compared to his midfield rivals is clear to see. But his improvement in the latter stages of the year are encouraging.

A competitive Alfa Romeo plus the benefit of more recent race experience than he had 12 months ago should provide the ingredients he needs to get on terms with his highly-rated team mate, and prove he deserves a future in F1.