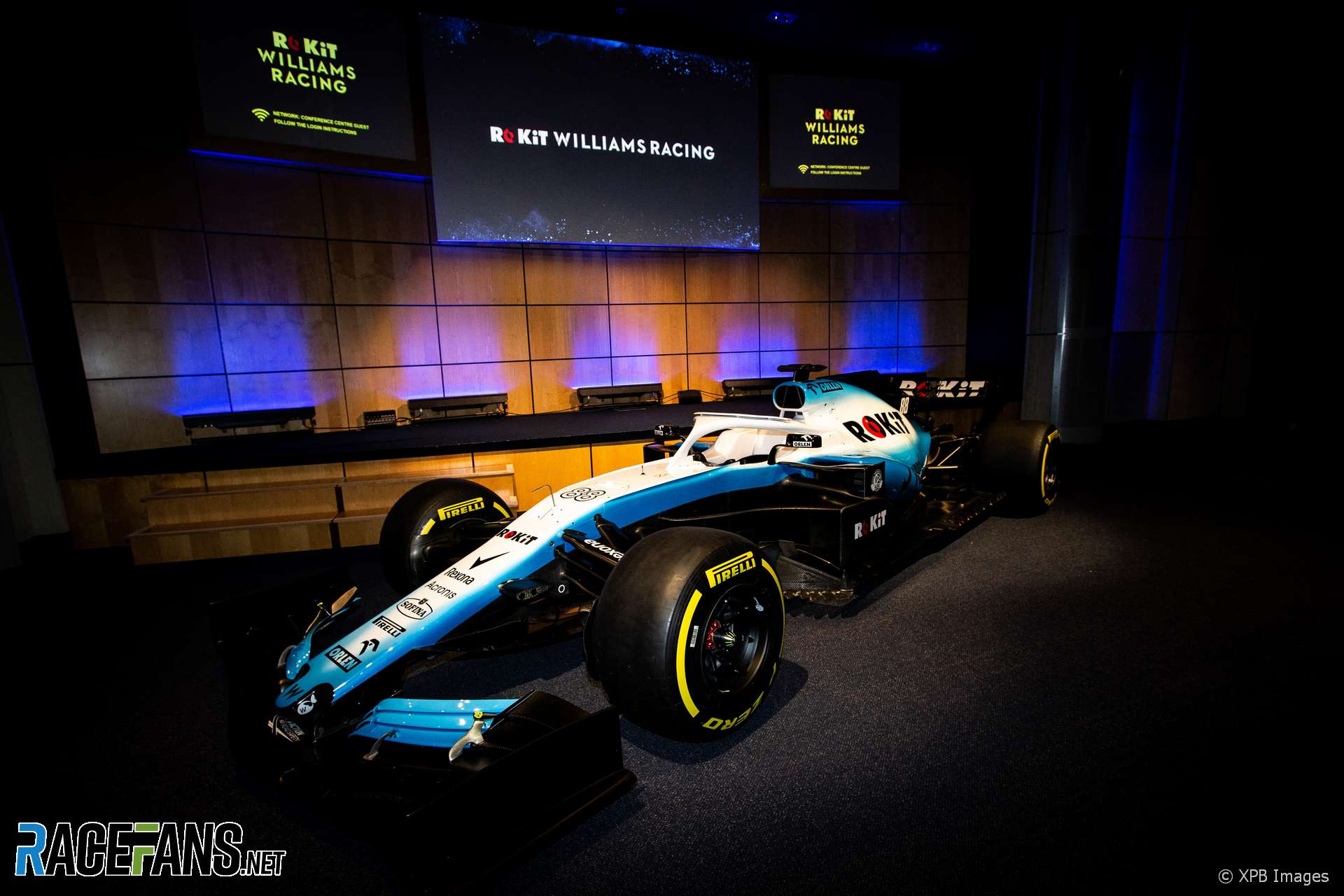 Williams has confirmed it will launch its 2020 F1 car online on February 17th, as revealed by RaceFans last week.

[smr2020test]The FW43 will be presented on the team’s social media presences at 8am GMT.

Williams is seeking to bounce back from a disappointing 2019 campaign, which began badly as its FW42 was not completed in time for the start of testing. They lagged well off the pace of the competition and scored only one point all year.

The team has made several changes to its technical staff for the upcoming season. Former chief technical officer Paddy Lowe stood down in March last year, following which the team confirmed he would not return.

Earlier this week Williams announced the forthcoming appointments of David Worner and Jonathan Carter to its technical team.

Williams is the ninth team to officially confirm its launch plans for the upcoming season, leaving only Red Bull to announced when its new car will be revealed. Rumours indicate the RB16 will run for the first time on February 12th, one day after Ferrari becomes the first team to present its new car for the 2020 F1 season.