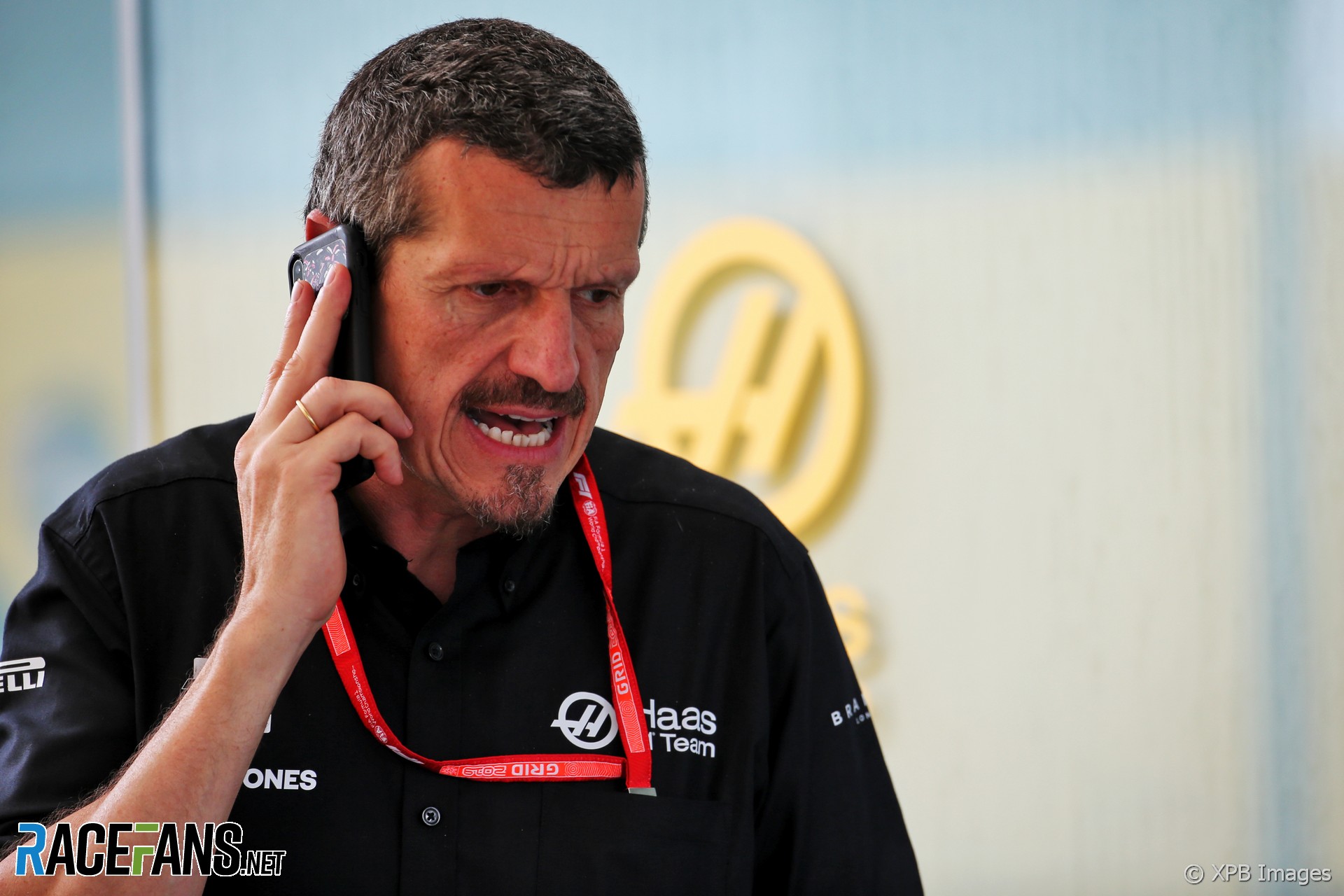 In the round-up: Haas team principal Guenther Steiner doesn’t want to raise his team’s spending to reach the maximum allowed under the new budget cap for the 2021 F1 season.

Haas already spends considerably less than the $175 million (plus exceptions) cap which will come into force next year. Steiner was asked whether they intend to increase their spending to catch up to their rivals.

We’ll stay we with what we have got. We are quite conservative with these things. We are not going to do that.

We’ss do what we are doing and try to do it as good as possible. Because the next thing is the teams which now increases [their spending], then when [the cap] gets decreased again, they are the guys which then cry about it: ‘oh, we increased it’. Yeah, I mean, you knew it was coming.

If you have no vision and you just do what is convenient at the moment maybe that doesn’t work.

Today, I announce my departure from @RenaultF1Team. I can only say how much I’ll miss every single one of you guys, and moments at Enstone will forever by highlights of my life. Thank you for all you’ve done for me, and wish you the best. Onto a new chapter, and a fresh start. ✌🏻 pic.twitter.com/vYkDpZfY71

"Miami-Dade Police’s Rapid Deployment Force intervened when the anti-Formula 1 group clashed with the Blood Stained Men, a national nonprofit that lobbies for an end to circumcision."

Ferrari: Politics one of main weaknesses of 2019 (Autosport)

"We are not good enough in polemics, and there are people who are stronger than us - even in using the media to put pressure on."

Matteo Nannini steps up to Formula 3 with Jenzer (Jenzer Motorsport)

"He will join team-mates Matías Rossi, Julián Santero and Mariano Altuna in a fourth Toyota Corolla."

"With the IMSA WeatherTech Sportscar Championship’s 12 Hours of Sebring classic to follow the very next day (21 March), fans will once again get the chance to see the amazing ‘Super Sebring’ double-header meaning more racing, more action and twice the fun."

"The number that interested me the most? 31 million fans in India, a number that puts India in the top-5 fan markets. However, the irony is that despite such a large fan base, India doesn’t feature in the top-20 markets for television viewership and the Indian Grand Prix doesn’t seem like it will resurrect any time soon."

"The straight line after the braking zone is asphalt, but the second part of the run-off remains gravel. On the inside of the bend the 'exit pit lane' is also getting more and more shape."

"HPD’s scholarship will enable the F3 Drivers’ Champion to compete in the subsequent year’s Indy Lights full season. This annual HPD scholarship will be used to support the F3 champion’s chosen Indy Lights team in the following year’s season and will be transferable to any HPD partner team supporting the F3 drivers’ champion in the Indy Lights or IndyCar series."

Is it the run-off, and not the chicane itself, which needs to change at Paul Ricard?

A major problem with that chicane isn’t within the track-layout, but rather the run-off.

A defending driver tricked into the outside lane under braking can just easily brake very late or slightly too late, and if he doesn’t make the chicane just retain the position by going wide and immediately shouting into the radio: “He pushed me off the track!”

With grass, gravel or a barrier that same situation is a yield, a significant time loss or a retirement.
Sven (@Crammond)

More pictures available via the image links above.