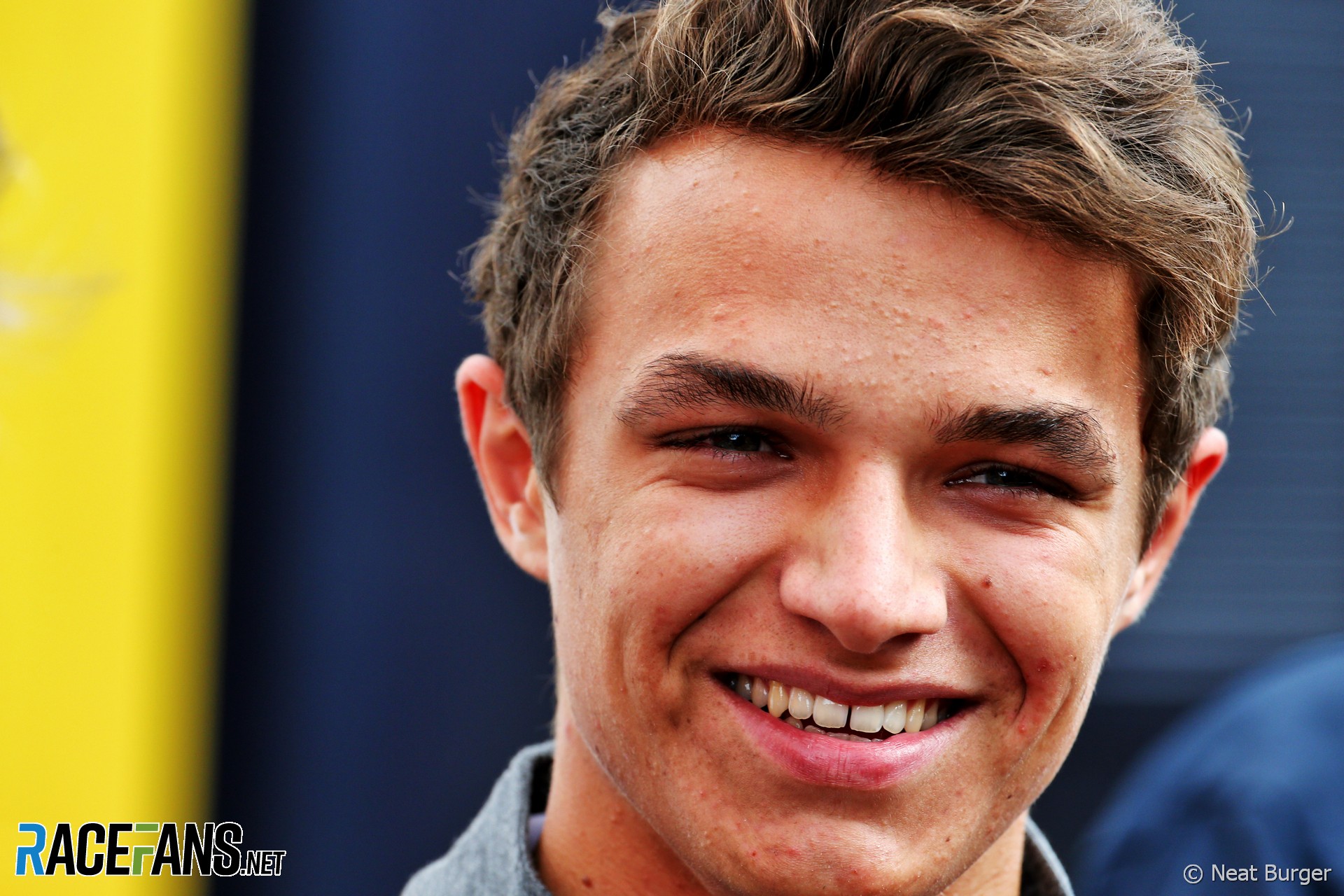 Lando Norris is refreshing straightforward and surprisingly frank when discussing his approach to racing.

He had much to be proud of his first full season of Formula 1 at McLaren. But the F3 champion and F2 runner-up admitted feeling apprehensive about his debut and not knowing “if I was going to be good enough” compared to team mate Carlos Sainz Jnr.

“So I just didn’t believe in myself much. But already even after Australia and then Bahrain and I already gained a lot of confidence from that.”

Having reached Q3 on his debut in Australia and placed sixth at the chequered flag in Bahrain, Norris impressed from the off. Indeed, it was something of a surprise he didn’t better that sixth place before the season ended, though with better luck he would have done.

Qualifying was a consistent strength of Norris’s throughout his junior career until he reached Formula 2, when he seemed to lose his edge. But on moving up to F1, he rediscovered his knack for great flying laps.

He tied 10-10 with Sainz over the course of the season, a fine effort for a rookie. But being Norris, he would only concede a modicum of satisfaction at the outcome.

“It’s a nice thing,” he admitted. “But at the end of the day, he’s beat me in the championship in the drivers and that’s what matters a lot more than just out-qualifying a guy.

“So qualifying I can be happy with. In the races I need to take a step forward going into next year.”

While Sainz often managed to hold or improve his position in the races, Norris’s pattern wasn’t quite as favourable. This was only partly due to his various misfortunes, the most notable of which was the power unit problem on the penultimate lap at Spa which cost him a potential season-best finish of fifth.

Speaking after the final race of last year, Norris described how he needs to become more “proactive” at the wheel during races, something he intended to work on for the new season.

“I already did it better this race and I’m very happy with how I did this race. I didn’t always rely on the engineers telling me something. I was already making my own changes.

4 comments on “‘I didn’t believe in myself much. But after Australia and Bahrain and I gained a lot of confidence’”