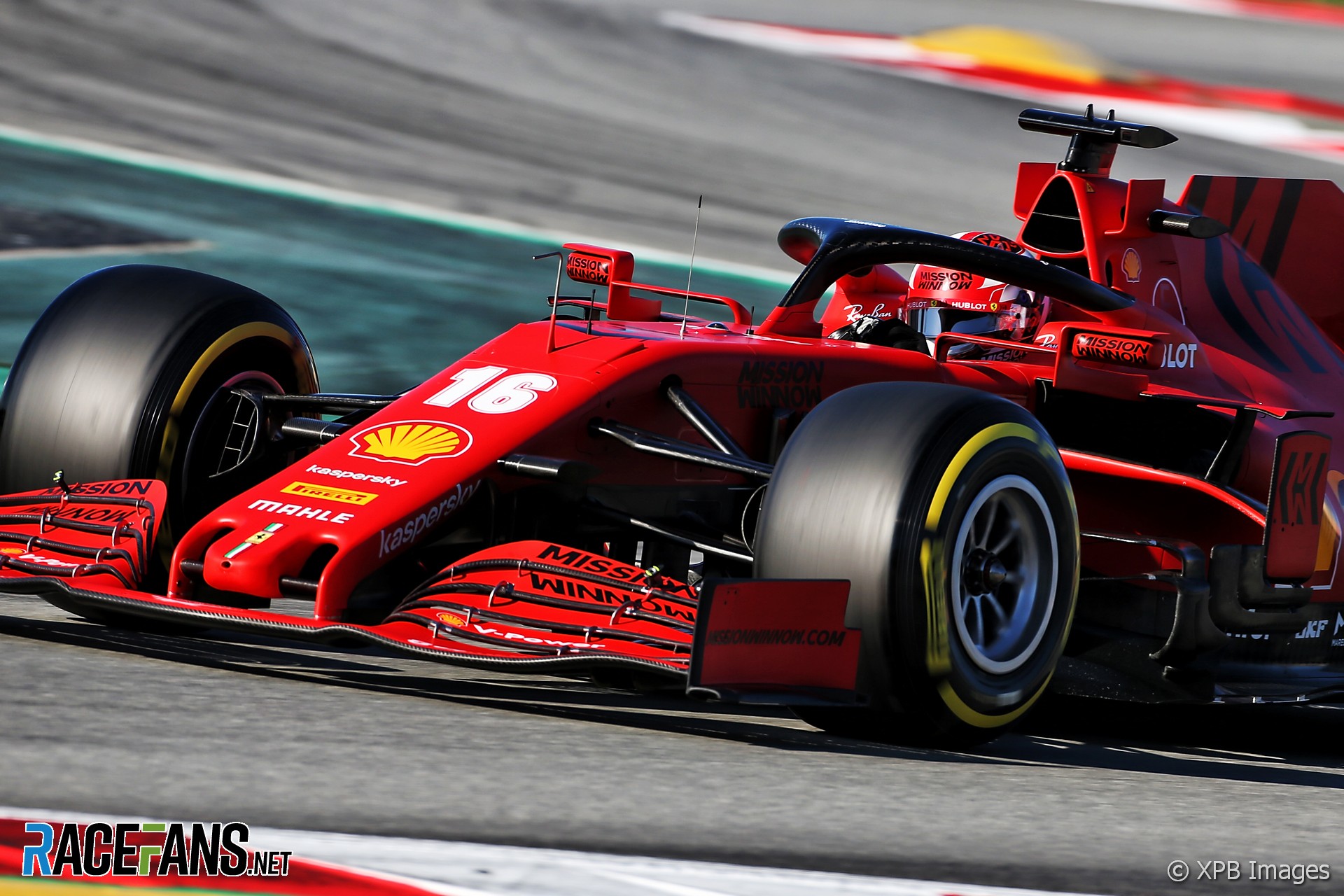 Last year Ferrari wrapped up pre-season testing fastest out of all 10 teams.

But 10 months later their new SF1000 is the only car in the field which hasn’t beaten either of its benchmark 2019 lap times at the Circuit de Catalunya. Every other team has lapped quicker than they managed either in pre-season testing last year, or during the Spanish Grand Prix weekend; most beat both.

The end of testing coincided with an announcement from the FIA about a long-running bone of contention concerning Ferrari’s performance: The power unit. Since 2018 the FIA has been probing aspects of the operation of the team’s V6 hybrid turbo.

The FIA has clarified various aspects of the technical rules in that time, prompting claims that some aspect of Ferrari’s power unit has been targeted. The cars’ straight-line speed has not been as strong as its rivals’ in pre-season testing.

But team principal Mattia Binotto said the SF1000’s shortfall is down to more than just engine performance, and their top speed deficit is partly to be expected as they’ve added more downforce, and therefore drag, to the car.

[smr2020test]”The overall car performance needs to be improved: the power unit, aero, even set-up,” said Binotto. “I don’t think there is a single area where we need to focus more than the other areas.”

“When you are speaking about delta speed, it’s all relative to others,” he added. “So it’s not an absolute. I think we are where we thought we’d be.

“We knew that we would have put a lot of drag and with our power unit performance, that’s the speed we’re expecting. I think the others are a lot faster on the straights. That’s the situation.”

The two Mercedes customers are the most improved teams year-on-year in terms of lap time. They are also the only teams to have completed more laps than they did in pre-season testing last year, despite the cut from eight days to six.