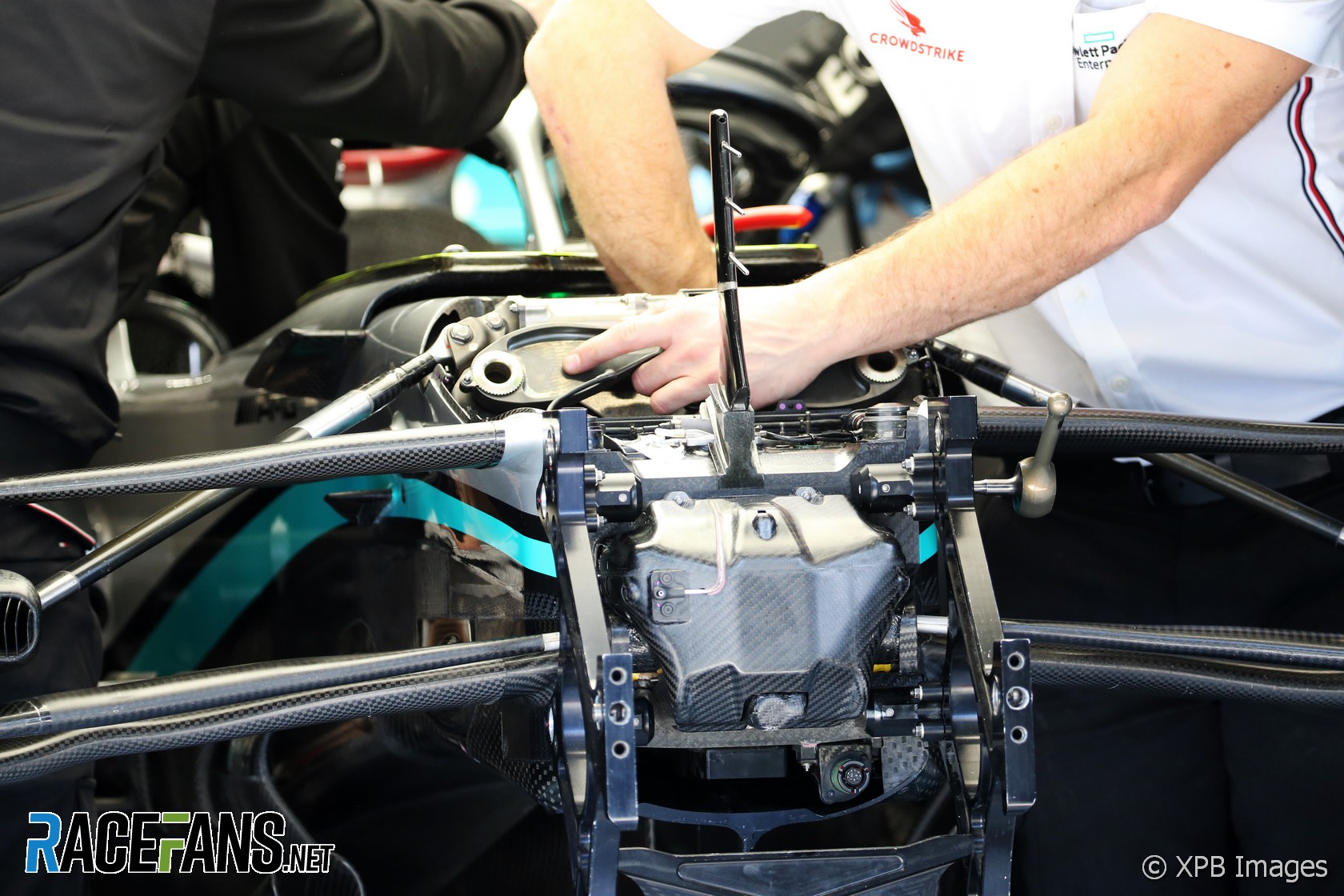 When Mercedes’ Dual Axis Steering system appeared during pre-season testing, one immediate questions was: ‘Who will copy it first?’

From the device’s first appearance on day two of testing – February 20th – to the intended start date of the 2020 F1 season less than a month later, it would have been impossible for the Silver Arrows’ rivals to produce their own versions.

Ferrari team principal Mattia Binotto ruled out the possibility of adding a DAS-style system to the SF-1000 in time for the original start date of the championship. “It’s an entire concept design, producing homologation, just to be safe,” he said at the time. “So if it is, I think it can be like mid-season, not earlier.”

Then the unthinkable happened. In an unprecedented turn of events, the season was put on hold as a pandemic swept the globe. No cars have run since testing finished on February 28th, and the earliest we can currently expect to see F1 resume racing is June 14th.

Has that handed Mercedes’ rivals the chance to copy DAS in the meantime? Having revealed their hand in testing, has fate conspired to rob the world champions of the advantage they might have taken from it?

Any teams who were looking at creating their own version of DAS now have an added incentive to do so. The postponement of F1’s 2021 technical regulations means the current chassis will remain in use until next year. DAS would have been outlawed under the 2021 rules, but anyone who gets it onto their car this year can now run it for an extra season.

However, the decision to bring forward the summer factory shutdown to now means Mercedes’ rivals cannot get to work on their own DAS devices at the moment. Development suspended until the teams return to their factories prior to the start of the season, whenever that may be. Lockdowns in several countries, forcing staff to work from home, add a further complication.

As things stand, Canada will host the opening round of the championship in mid-June. But a further delay to the season and potential extension of the factory shutdown will lessen the likelihood Mercedes’ rivals will be able to copy DAS.

Then there is the question of whether they have the means to. Racing Point technical director Andrew Green said the complexity of integrating the device into its RP20 made it unappealing.

“It’s a significant project,” he said, “significant to the point where I suspect it would require a new chassis from where we are now.”

Speaking prior to the decision to postpone the 2021 regulations, Green added “even if the rules weren’t changing next year, I doubt whether we would be introducing something like that for this year.”

Furthermore, the question remains how badly Mercedes’ rivals need DAS. The system, which allows the driver to adjust the toe angle of the front wheels, appears to have been designed to aid tyre management. This has been a persistent thorn in the teams’ side, despite their dominant sweep of the last six world championships.

The year before that title run began, Mercedes’ 2013 car was plainly fast over a single lap (it took eight pole positions), yet often struggled with tyre degradation on race day. It was during this time the team courted controversy by conducting a controversial, secretive tyre test with Pirelli during the week after the Spanish Grand Prix.

Even during the peak of their dominance, tyre performance occasionally wrong-footed Mercedes. This weakness was exposed again at the Singapore Grand Prix in 2015. The unusual combination of a low-grip circuit with tight, technical corners and high temperatures saw Mercedes struggle with tyres all weekend. In a season where they started every other race from pole position, on this occasion they were closer to the midfield than the front-runners.

Mercedes has pursued innovative solutions to its particular tyre problems before. Late in 2018 the team introduced a vented rear wheel design intended to aid heat extraction. However they opted not to run it at some rounds out of concerns it could fall foul of a protest from their rivals.

In Mexico the team suffered badly with its rubber. “I don’t think that we had one single lap where we actually switched the tyre on,” lamented team principal Toto Wolff after the race. However on that occasion it was front tyre performance, not rear, which hobbled Mercedes.

Based on comments from their drivers, DAS clearly had a long gestation, which must have begun in the months following that race in Mexico. This indicates two things: First, that anyone wanting to copy it will need time to do so – and the current hiatus may help with that; and second, the reason Mercedes developed DAS before any of its rivals in the first place suggests it came about to fulfil a particular need and address a specific weakness on their car. Necessity, after all, is the mother of invention.

Whether other teams value the opportunities offered by DAS as highly will be revealed if they use the current hiatus to device their own versions of the system. Whatever the circumstances, due to the complex nature of the system, they will not gamble on it if they do not believe it will improve the performance of their own cars.

12 comments on “Will F1’s hiatus cost Mercedes its DAS advantage?”