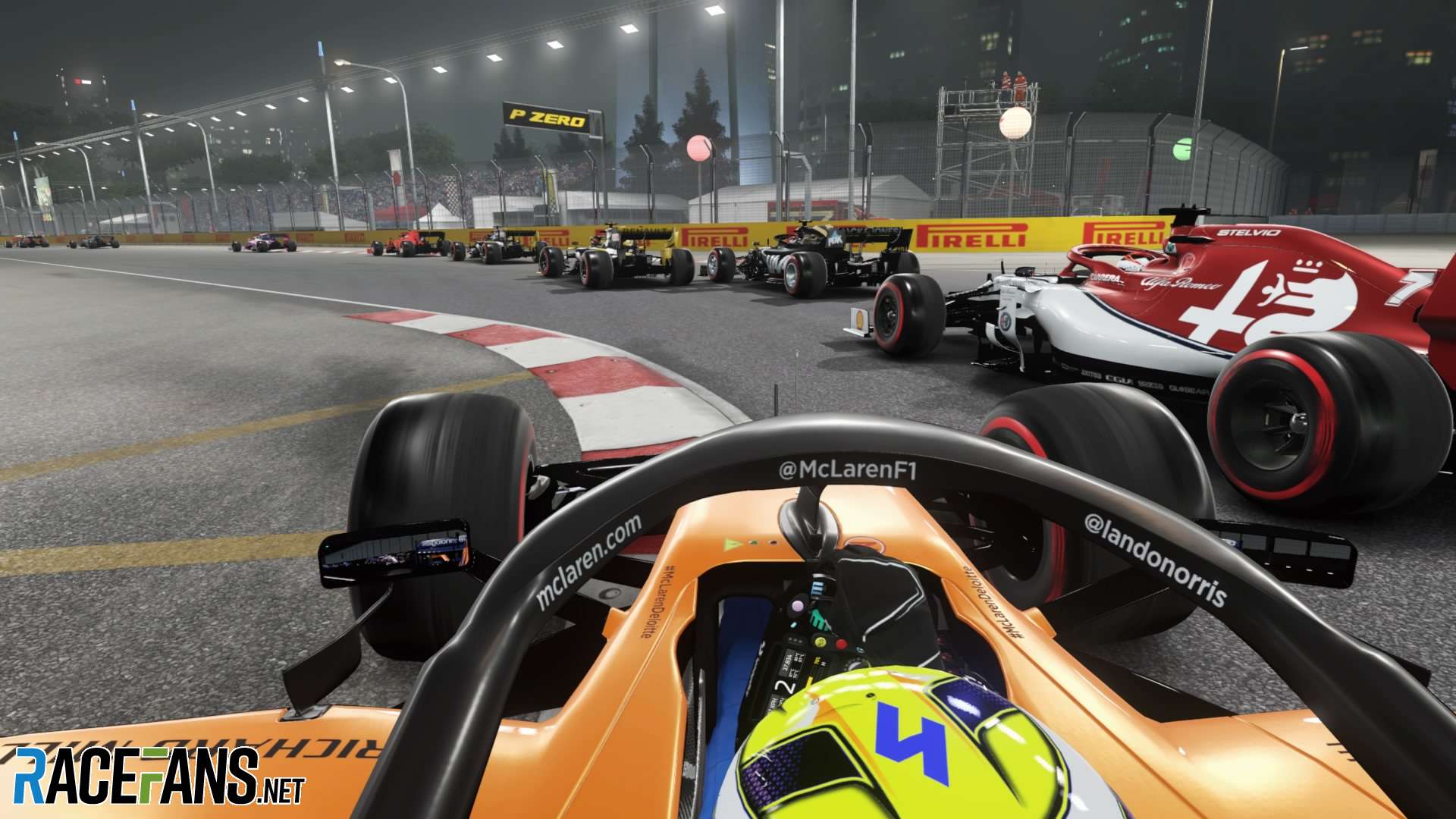 In the round-up: Record numbers of players are turning to the official Formula 1 game during the hiatus.

Codemasters F1 franchise director Paul Jeal told RaceFans they have seen a large spike in players since the start of the season was postponed.

I read something the other day about just Steam games in general are at the highest level is that they’ve ever had. We’re certainly seeing that on our PC side. But also in terms of just the number of players who are engaging with the game daily and monthly.

There’s a combination of things. I think obviously this is the time of year where people are wanting their racing fix. They’re certainly getting it a lot.

I think you can watch something and then immediately want to come into the game and and test your skills. We’ve certainly seen a lot of that, a number of people trying to replicate the Japan 1998 lap challenge, for example, and sharing their races and stuff.

We’ve always historically seen that: You follow the Formula 1 calendar, we can see live on the data where coming up to the time of the race there’s loads of people playing the game. And then all of a sudden it drops right down and at the end of the race it spikes massively back up. So you can almost tell what time the grand prix is run based on the graph and the curve and stuff.

But obviously lots of people at home at the moment. I think the other thing that we’re doing on PS4 and X-Box One is we’ve got free trials of the game that are up as well. So I think a lot of people who might look at it and go ‘oh yeah I want to get involved’. And that’s a chance to download one and try it and see how you get on.

So excited to be back in the cockpit for @alfaromeoracing this Sunday for the @f1 Chinese Virtual GP!💥 Make sure you tune in at 19:00 CEST this Sunday April 19th 👌 pic.twitter.com/Mh2X6qTJWb

Will Vettel be using the unexpected time away from racing to finally discover social media?

Important meeting by video conference today with Chase Carey, @F1 & @FIA teams to build together a New Deal for the future of our sport #F1 #RaceAgainstCovid pic.twitter.com/wtM7g6A42e

"NASCAR is postponing the scheduled events on May 8-9 at Martinsville Speedway. Our intention remains to run all 36 races, with a potential return to racing without fans in attendance in May at a date and location to be determined."

"As of today, nothing in our plans has changed. We are still planning to hold our race in August. We will know more in a couple of months and release more details then."

"Formula One great Mario Andretti has told the Italian people to try to 'stay positive' during the coronavirus pandemic."

"Dick Elsy, chair of the VentilatorChallengeUK consortium which is making the device, said it had undergone 'stringent testing and clinical trials for the last two weeks'."

What is the maximum number of races F1 can hold once racing is able to resume?

The only question mark really is how soon could F1 racing come back even without attendees? Would the Austrian Grand Prix be late enough for that, as has been the speculation most recently?

This whole time I’ve been and still am hopeful that there’s going to be at least some racing this year even though there are also people who don’t think any racing could happen this year, or at least not until a vaccine is out, but I’m not this pessimistic.

The point he makes about holding races within a compressed number of days indeed is true. Under no circumstances could racing on every single weekend be achievable logistically. On three consecutive weekends at maximum, so at maximum, every fourth weekend would have to be an off-weekend, or a triple-header followed by off-weekend followed by triple-header and so on, but even that’d be an unnecessarily high task for the travelling teams.
Jere (@Jerejj)

Happy birthday to Alan and Consi!