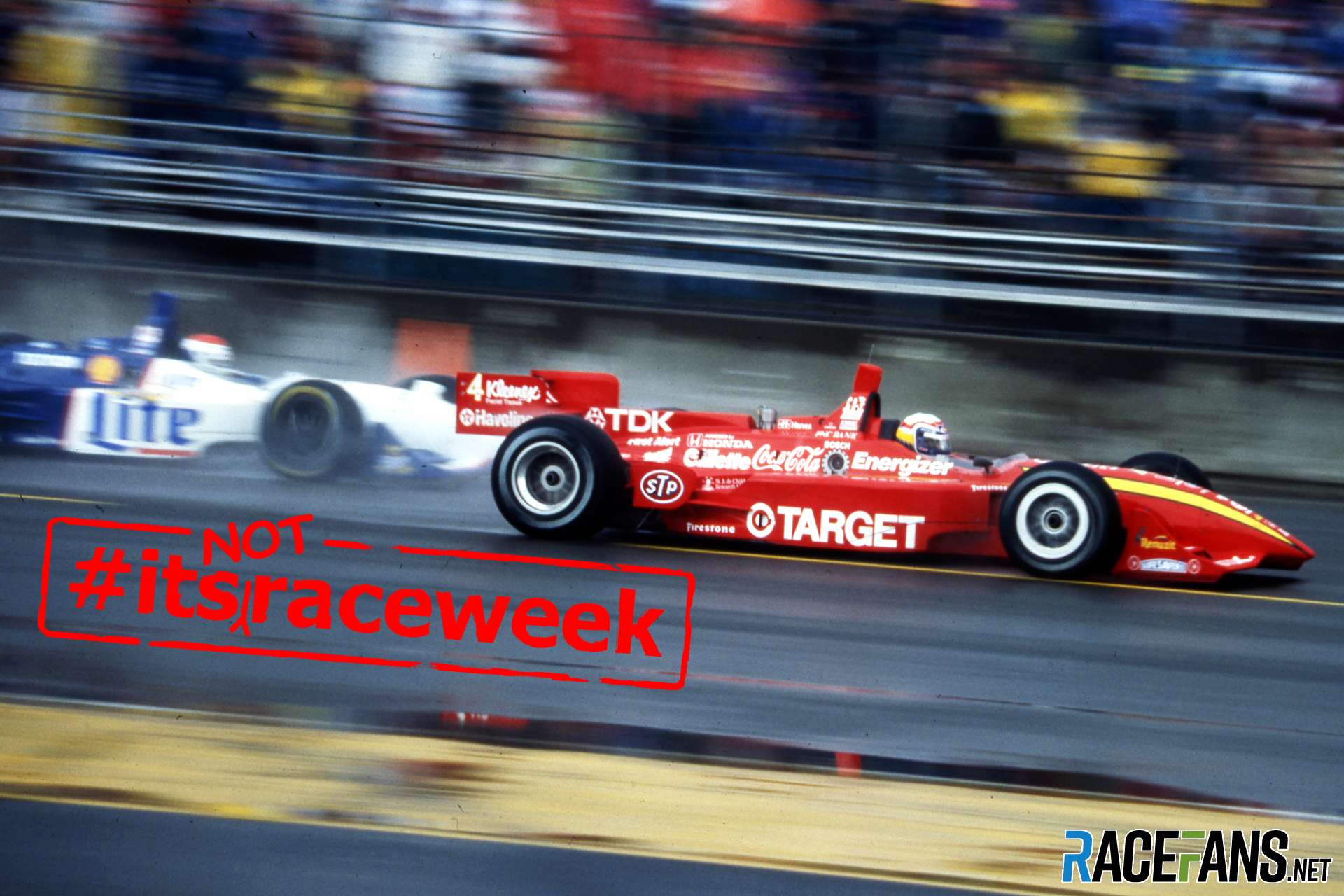 It’s not race week but we’ve got another helping of top-notch motorsport action to enjoy.

This week we’re going back to 1997, when the CART IndyCar series was enjoying its heydey, and America’s top home-grown single-seater stars were sharing the track with F1 talent.

Heading into the ninth round of the championship on the short, sinuous Portland road course, five different drivers had won the opening eight races. The preceding round in Detroit had come to a thrilling conclusion when both the two PacWest drivers lost the lead of the race during the final lap.

The pair, ex-F1 racers Mauricio Gugelmin and Mark Blundell, were in the thick of the fight for victory in Portland as well. Blundell will feature in a new edition of My F1 Cars, coming soon on RaceFans.

For the race which marked the halfway point in the championship, Patrick’s Scott Pruett (Reynard-Ford, Firestone) pipped Walker’s Gil de Ferran (Reynard-Honda, Goodyear) to pole position by six hundreds of a second. Christian Fittipaldi put his Goodyear-shod Newman-Haas Swift-Ford third on the grid ahead of Gugelmin’s Reynard-Mercedes (Firestone).

The mix of chassis, engines and tyres continued throughout the field. The latter would prove especially crucial in a race which began on a very wet track.

With the top 14 on the grid covered by less than nine tenths of a second, and points leader Paul Tracy’s Penske only 13th, another competitive race was in prospect. But the rain transformed it into one for the ages. Enjoy the 1997 Portland 200 in full below.

Not got time to watch the full two hours? Jump in at the 1hr 35 mark for the nail-biting final five minutes.

More on this race – contains spoilers

Speaking exclusively to RaceFans for a new edition of My F1 Cars, Blundell recalled the satisfaction of scoring his first IndyCar win after the disappointing of missing out on victory two weeks earlier.

“I think I won it by maybe two feet in distance. Some very small margin that to this day, I think in CART history is the smallest margin ever of a win taken across the line.

“I didn’t know I’d won the race because everybody on the airwaves was too busy enjoying themselves and celebrating. Nobody mentioned it that I’d actually gone across the line in front to win. I saw my number on the scoreboard!”

It’s Not Race Week is a new series from RaceFans promoting great races from the past you might have missed the first time around. It is one of several new features we are running as a result of the hiatus in the 2020 motorsport season.

The disruption has had a huge effect on us at RaceFans. Find out more in this short video from the editor: