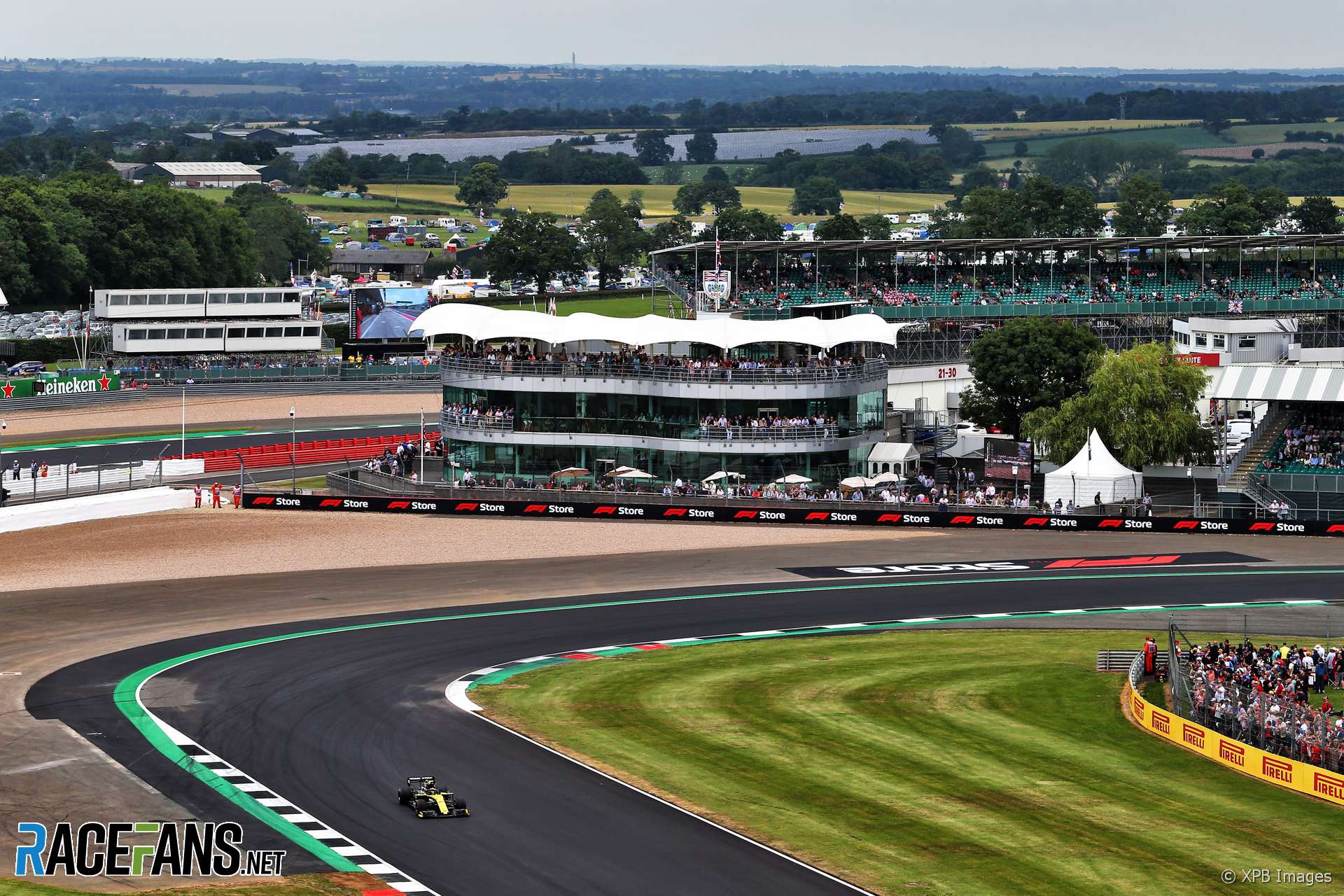 F1’s post-hiatus building blocks are gradually dropping into place as the sport emerges from shutdown and furloughing of staff. But constructing a definitive European-leg calendar has been fraught with challenges.

While a number of circuits have indicated availability – at vastly differing prices, with Liberty covering the costs of so-called ‘Closed Events’ as per our blueprint – a number of blanks remain.

The reason is that Silverstone is unable to firm up its plans. Last week’s announcement by the British government, that quarantine periods of 14 days will be required for all cross-border travel for the foreseeable future, have complicated matters. A few exemptions were announced, but none for sporting activities, whether for returning residents or visitors.

Liberty and Silverstone managing director Stuart Pringle remain hopeful that the event (or potentially events) can go ahead. “We are still liaising with the government, but I’m encouraged that there is progress,” Pringle told Sky. “It will take a few weeks for the way to become clear, but it definitely feels we are moving in the right direction.”

But F1 does not have ‘a few weeks’ to firm up its 2020 plans. RaceFans understands a decision is required this week, for there are considerable logistics – many of them novel – to arrange. Some circuits are starting their calendars with core activities such as track days, launches and national events and will be reluctant to block off dates, only to discover that the British government has suddenly got its act together.

A number of F1’s targeted countries have relaxed border formalities, with open travel expected by the middle of next month or early July at the latest. That will further ratchet up the pressure on the British faction given the risk is that by the time (if) a British decision falls, Liberty may find that its options are reduced and it is back to square one.

Matters moved up a week on Monday evening when British prime minister Boris Johnson is said to have instructed ministers ensure an F1 race goes ahead. Following the announcement (which some claim were timed to deflect attention from a white-hot political row over allegations Johnson’s top advisor Dominic Cummings committed several breaches of Coronavirus restrictions) Liberty intensified talks with the Department for Digital, Culture, Media and Sport.

It’s not just the possibility of F1 racing in Britain this year which is at stake, but whether team personnel may enter and depart to participate in European countries, or be expected to spend the period in a ‘bubble’. This shows there are downsides to have seven of the 10 F1 teams based in a single country, a situation the FIA and Liberty may reflect on in future.

There is another factor to consider: European circuits are situated within an easy day’s travel from each other; Silverstone lies 300km north of the English Channel, which currently suffers disrupted ferry and tunnel crossings. These are expected to continue for as long as quarantine conditions prevail.

Initially Liberty planned to create clusters of ‘five weeks on, two weeks off’ to maximise the 11-week period from early July to mid-September while providing sufficient statutory rest periods for teams’ crews. This has been amended to ‘three on, one off’ consisting of a double-header at a circuit plus a single event at another venue before a weekend off.

This would enable Liberty to stage eight (or even nine) races in Europe by mid-September, with Hockenheim standing by as replacement for Silverstone for two races if required:

According to sources, this European-leg calendar is expected to be announced on Monday, having already been circulated to teams.

It is clear that Liberty is able to achieve its objective of eight European rounds with or without a British leg – indeed, the Channel crossing journey and lengthy road trip complicates Silverstone’s inclusion. So the obvious question is: why wait for a decision from Downing Street which could potentially take weeks to fall without guarantees that it favours the venue in any shape or form?

Harsh? Maybe, but forget not that British fans are not directly affected as none will be permitted on-site and be forced to follow proceedings on television, as they will all early events regardless of venue.

Ultimately the loser would be Silverstone. But the word is that F1 and the circuit owners, the British Racing Drivers Club, are not on the most amicable of terms after the latter abruptly gave notice on its contract three years ago. Plus, it is said to have initially quoted exorbitant rental fees for a closed F1 event, allegedly demanding 10 times the fee quoted for a Formula E round (though the latter involved a more compact track layout).

The fact is not even the first venue ever to host a world championship round – 70 years ago this month – is indispensable, even if situated in the sport’s industrial heartland. Liberty will be keen to reinforce this point amongst all circuits, and government dithering has provided the stick.

After the European portion, the plan is for the series then to head eastwards for a quartet of ‘two-on, one weekend off’ sets in Russia, Azerbaijan Japan and China. Twinned North American rounds are next up, with the championship ending with a Middle East double-header in Bahrain/Abu Dhabi) shortly before Christmas. Vietnam is pencilled in as contingency between the North American and Middle Eastern rounds.

Sixteen races in 2020, then? Seems likely despite the not inconsiderable odds and an intransigent government or two.