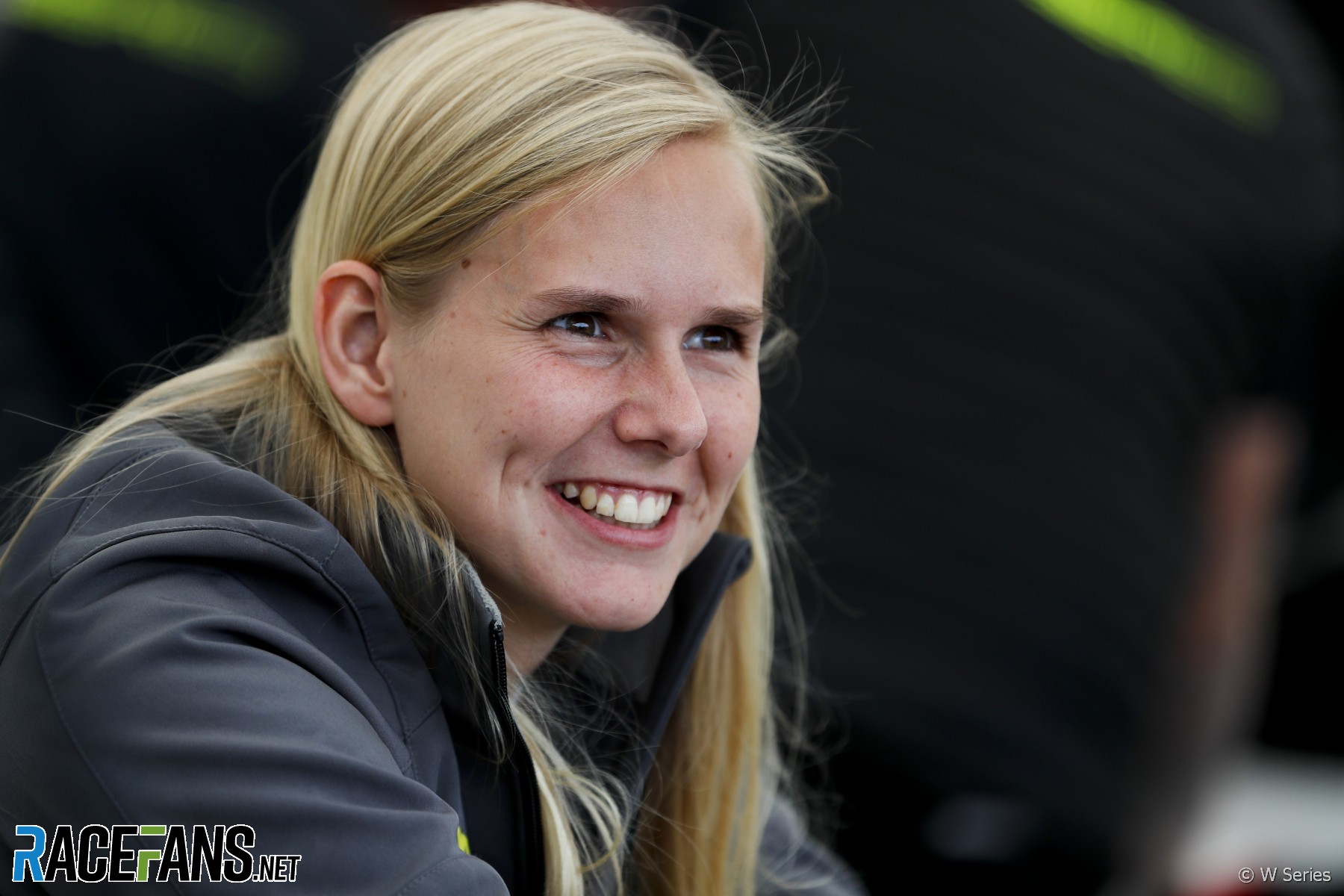 The programme, announced on Thursday, will give 25 young women racers the chance to compete for a place on the Ferrari Driver Academy, which helped drivers such as Charles Leclerc into Formula 1.

“I think it is a very good step,” said Visser. “Like W Series want as well, they want to progress us to go further into motorsport and this new programme that the FIA and Ferrari are launching together, they have the same goal.

“So I think that’s good. We’ll see, hopefully, some good girls will go out of there.”

Visser was speaking following her successful start to W Series’ new Esports League, winning two of the three opening races at Monza. Despite spinning out on the first lap of the reverse-grid second race, she ended the round three points ahead of rival Irina Sidorkova on top of the standings.

“I’ve always been quite good on simulators,” said Visser. “When I look at the past, like when I was driving in formula cars we were always quicker on simulators before every race. I was always quite good at that.

“It’s hard to say for others but I’ve definitely put in a lot of practice. I know Irina has as well, probably some of the other girls have spent also hours on the simulator.”

While W Series has abandoned plans to hold is second championship this year due to the pandemic, Visser is due to resume real-world competition soon.

“I am lucky enough to also have a contract with BMW and they are based in Germany – within Europe we are a lot more free to travel so I will be starting to race with them quite soon again. So I’m very happy about that at least so I can keep racing.”