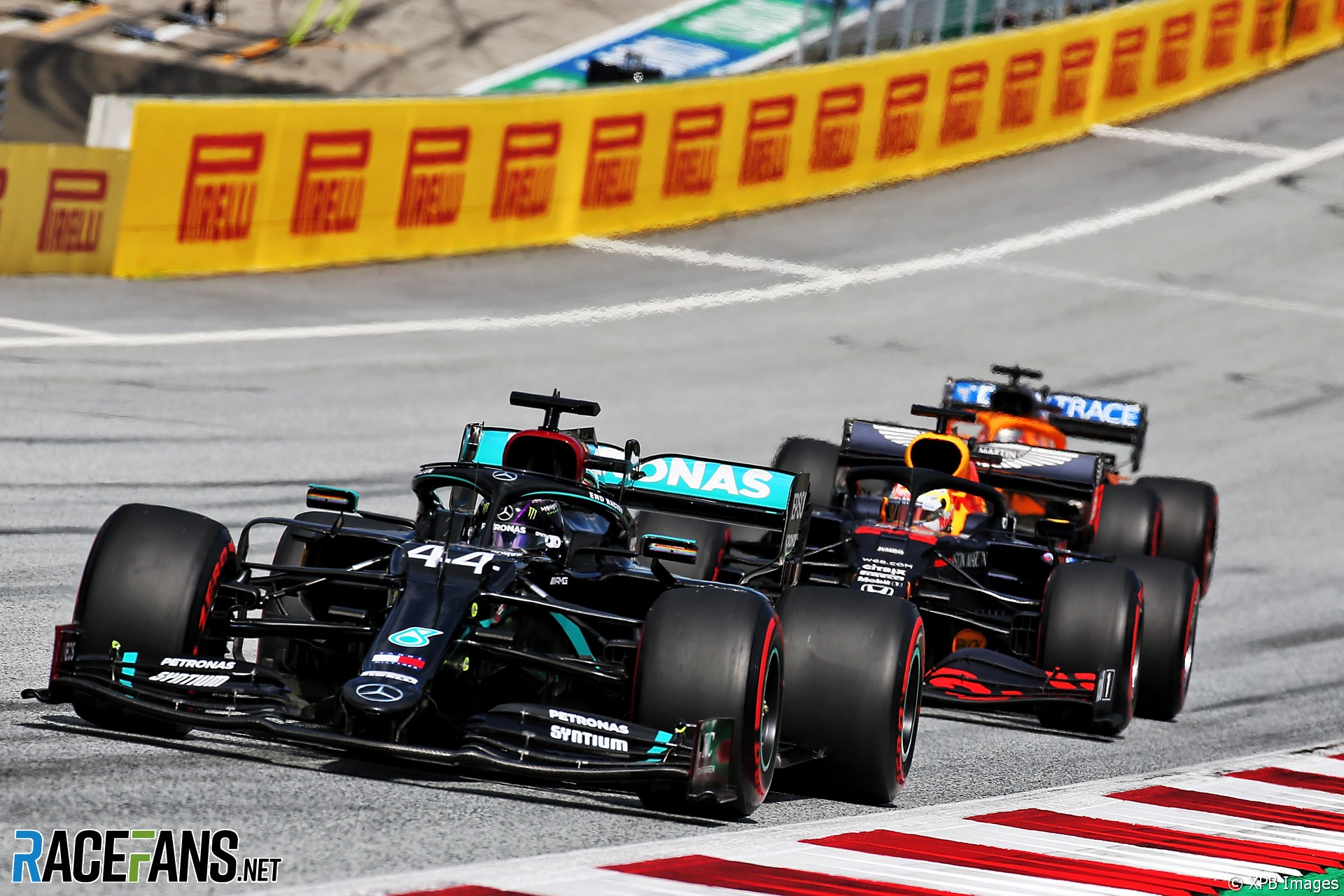 Lewis Hamilton took a comfortable win for Mercedes in the Styrian Grand Prix while Valtteri Bottas made a late pass on Max Verstappen to secure a one-two finish for the team.

Bottas ran a longer first stint than Verstappen, allowing him to attack the Red Bull driver with the benefit of fresher tyres later in the race. Verstappen initially staved off Bottas’s attempt to get by at turn four, but a repeat attack by Bottas aided by DRS proved impossible for Verstappen to contain.

The race began and ended with high drama, but was a largely processional affair in between. The Ferrari drivers tangled on the first lap when Charles Leclerc made an ill-considered dive down the inside of Sebastian Vettel. The resulting contact caused heavy damage to both cars, ending the team’s participation in the weekend early on in proceedings.

For the second weekend in a row at the Red Bull Ring, Alexander Albon had late-race contact with a rival, but this time he stayed on the road to finish fourth. Sergio Perez, his latest assailant, came off less well.

The Racing Point had charged through the field from 17th on the grid to get within striking distance of fourth place. But the contact broke his front wing, which partially collapsed, leaving him under threat from behind.

His team mate Lance Stroll had laboured to put a pass on Daniel Ricciardo, but finally got the job done with a wild lunge down the inside of turn two. That allowed Lando Norris to attack the pair of them, and the McLaren driver found his way past both.

On the final lap, Perez came into Norris’s view approaching the final two corners. Norris ducked past for fifth heading into the final corner, while Perez, Stroll and Ricciardo crosses the line covered by a tenth of a second. The stewards are investigating Stroll’s move on Ricciardo.

Carlos Sainz Jnr, whose race was spoiled by a slow first pit stop, claimed ninth place and the bonus point for fastest lap after pitting again for fresh tyres – despite Verstappen doing the same – and Daniil Kvyat took the final point for AlphaTauri.