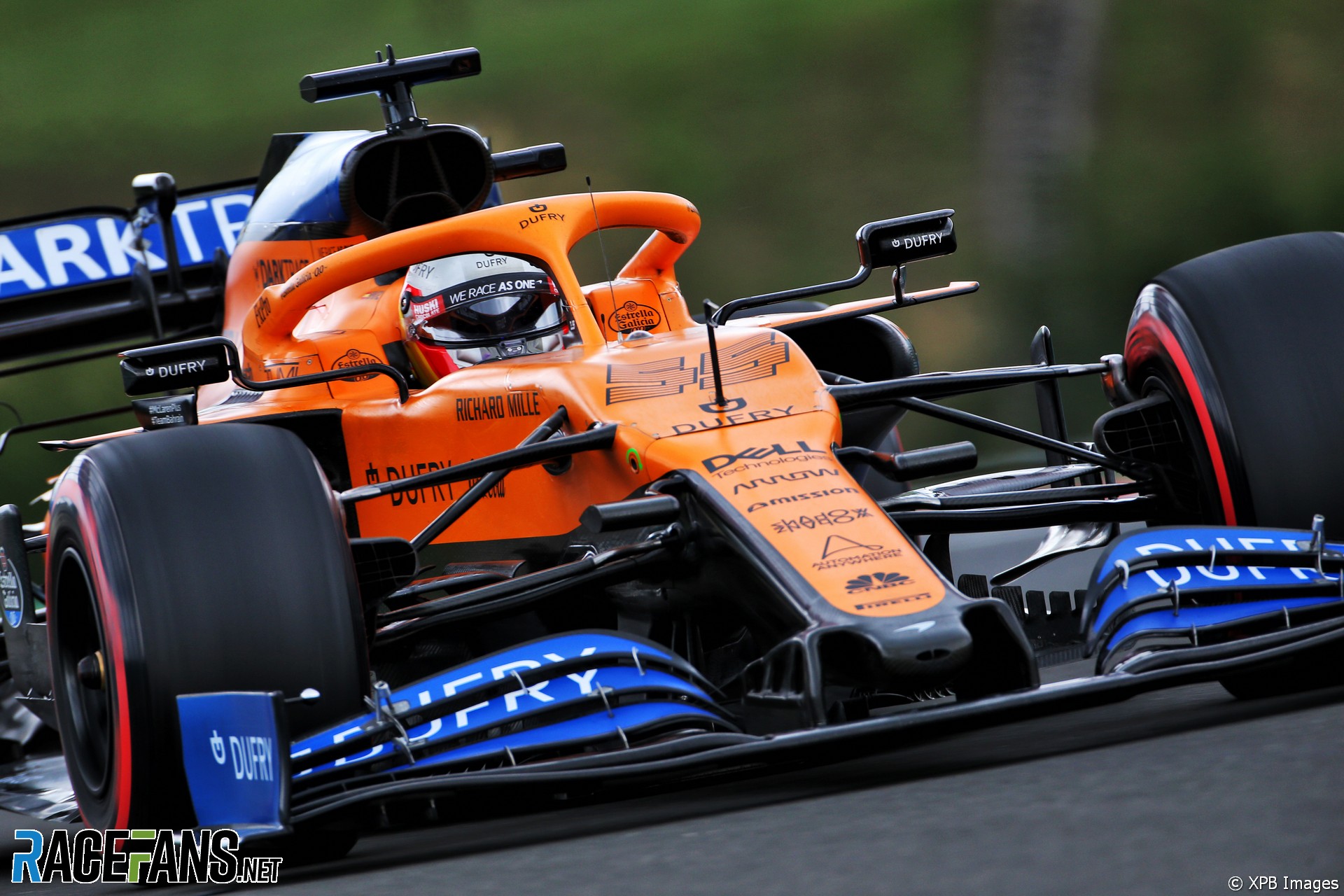 Carlos Sainz Jnr has avoided a penalty for holding up Antonio Giovinazzi in qualifying because he wasn’t shown a blue flag.

The stewards ruled Sainz was on the racing line when Giovinazzi caught him during Q1. While blue flags were displayed warning the McLaren driver to let the Alfa Romeo past, the accompanying blue light signals were not shown.

Having accepted that Sainz could not see the first blue flag, the stewards decided to take no action against him.

“[Giovinazzi] was on a timed lap, when approaching turn six, where [Sainz] was on the racing line and on an in-lap,” the stewards noted. “As a result, [Giovinazzi] had to abort the lap.

“Blue flags were displayed at marshal posts 14 and 15, however there was no blue light panel displayed. The stewards accepted that [Sainz] could not see the first blue flag shown and did not have enough time to react to the second blue flag due to his position on the track.”

However the stewards noted McLaren failed to warn Sainz that he was about to be caught by a driver who was on a flying lap.

“The team are reminded that it is the team’s responsibility to give appropriate radio warning when another driver is approaching from behind on a timed lap. It will not be accepted as an excuse that the driver received no radio warning.

“In these particular circumstances however, the stewards consider that had there been a radio warning, there was no other opportunity for the driver to react.”