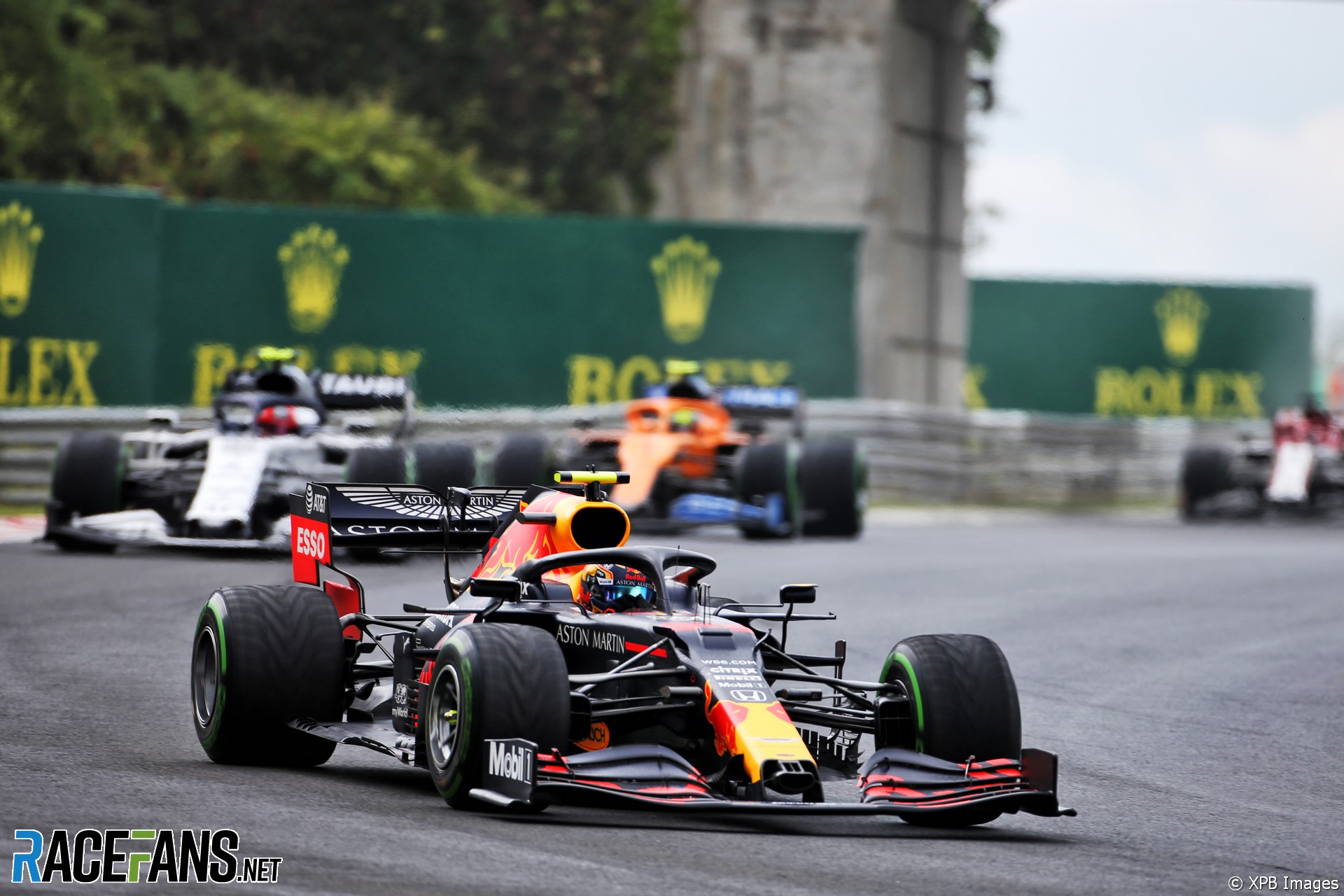 Alexander Albon has kept his fifth place in the Hungarian Grand Prix after his Red Bull team were investigated for breaking the rules on the grid prior to the start of the race.

FIA technical director Jo Bauer observed the team using leaf blowers to dry the damp track surface around Albon’s car before the start of the race, which is a violation of the rules. This was reported to the race stewards.

However after reviewing video of the incident the stewards said they “came to the conclusion that the competitor did not attempt to alter the grip of the track surface.”

Prior to the start, F1 race director Michael Masi reminded teams in a bulletin they were “not permitted to use any means to artificially dry the track, including but not limited to grid boxes e.g: blowers, tyre blankets, etc…”

Albon rose from 13th on the grid to finish the race in fifth place. “It was a good race and I had a lot of fun with my elbows out,” he said.

“If you had told me we’d be fifth after yesterday I would have jumped at it. Today was never going to be easy starting from 13th but we had a good start and we made our way through the field.”