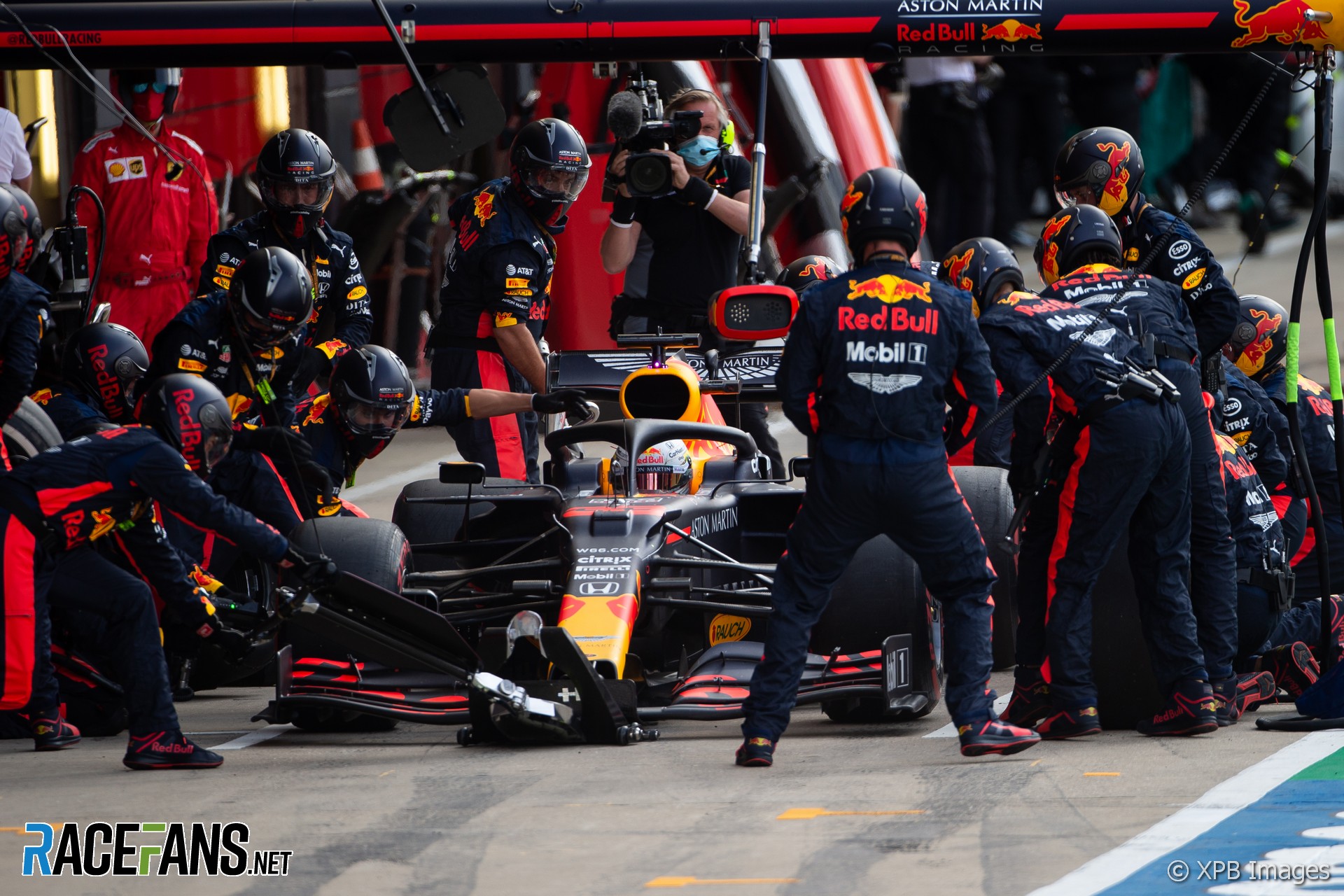 Max Verstappen may not have been able to finished the British Grand Prix without a second pit stop, Red Bull team principal Christian Horner has said.

The team brought Verstappen in for an extra pit stop shortly before the end of the race, giving him the chance to set the fastest lap and claim a bonus point.

By doing so, he missed out on the opportunity to take the lead of the race when Lewis Hamilton suffered a puncture on the final lap. However Horner revealed Verstappen might have suffered a similar fate had he not also pitted.

“The tyre that came off the car had about 50 little cuts in it,” said Horner. “So it’s been through debris.”

Hamilton wasn’t the only driver to suffer a puncture in the closing stages of the race. His team mate Valtteri Bottas did too, as well as Carlos Sainz Jnr.

“If we’d stayed out, we could have lost a second position with the same failure as Lewis, Carlos Sainz and Bottas,” said Horner. “So it was right on the limit. We’ll be grateful to what we’ve got rather than what we potentially lost.”

While the team may have missed an opportunity to win the race, Horner said they should take satisfaction from another second place finish for Verstappen.

“You can either look at the glass being half-empty or being half-full. We’ve benefited from Bottas’s issues given they had a quicker car from ours today. We very nearly had the same issues ourselves.

“If Hamilton had the issue a lap before we’d all be putting ourselves on the back. So it’s never good to benefit from others’ misfortune but I don’t think we can be upset with what happened today.”