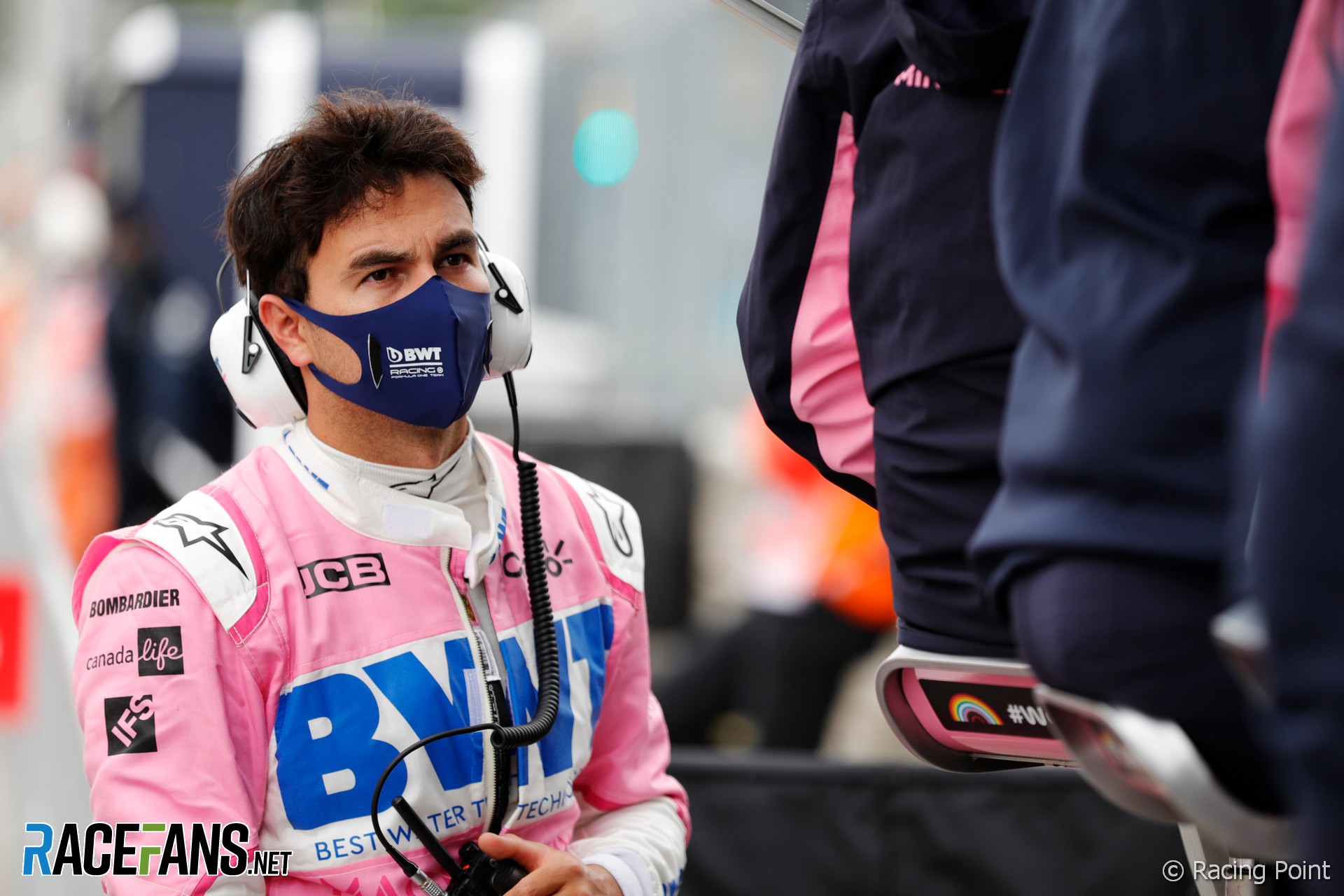 Asked during Friday’s FIA press conference whether Formula 1’s Covid-19 code of conduct needed tightening up given that Sergio Perez had tested positive for the virus after visiting his family in Mexico since the Hungarian race, Racing Point CEO Otmar Szafnauer was surprisingly sanguine about the incident given the potential consequences on his team and driver.

“He travelled privately so he thought he took ample precautions, didn’t get on a commercial flight in between races so he was surprised,” Szafnauer responded.

“In between Hungary – because we had that weekend off – I think everybody went to wherever their families were. I think the Italian teams went back to Italy, probably the Swiss team went back to Switzerland, probably Pirelli went back to Italy and the drivers went to their home countries,” the American said.

“I don’t think Checo did anything wrong going back to his family. He takes all the precautions. I think it’s no different to Ferrari going back to Italy, for example.”

No one can begrudge a son visiting his mother, who had recently been discharged from hospital following an accident, nor criticise his desire to return home between events. There is, however, a world of difference between travelling across a European border or two within a ‘bubble’ as did the teams, and crossing the Atlantic to a country suffering the world’s third-highest Covid-19 infection rate.

The BBC this weekend reported that Mexico suffered at least 46,688 deaths, with a total of 424,637 infections, while local authorities claim that the true numbers are significantly higher. One wonders why the team did not dissuade him from making the trip given that it had been discussed internally.

A source with links to Mexico suggests Perez journeyed with the blessing of Racing Point given that his future is uncertain in the face of Sebastian Vettel’s availability after being cut loose by Ferrari for next year. The word is that Perez sought additional funding from benefactor Carlos Slim, reportedly the world’s fifth-richest man with various business activities in Latin America.

Racing Point – to be renamed Aston Martin from 2021 – runs what are effectively cloned year-old Mercedes cars and provides Vettel’s only realistic hope of a competitive drive in the 2021 F1 season. Were Perez to lose his seat to the four-times champion, he would likely return to Sauber, where he began his career, or accept a drive with Haas. Neither appeals for obvious reasons, and Perez hopes that a boost in Mexican funding would see him retained.

Key to all this is BWT, the team’s primary sponsor, which insists that cars and kit be painted a particularly gaudy shade of pink in exchange for $20 million in annual funding. Team owner (and Aston Martin chairman) Lawrence Stroll is said to be concerned that the current livery clashes with the more macho image of the James Bond brand, and would prefer to drop the water treatment company after the name change.

However that would require alternate funding, and the hope is that Slim ups his support by at least $10m. Although a deficit of $10m would result, it could be plugged through the sale of space on the car. Inventory thus released would be worth at least $10m even in the current straitened times. In addition, dumping BWT would permit an Aston Martin livery, which is crucial as the brand will pay $25m per year for its five-year title rights.

Although Perez is under a three-year contract expiring at the end of 2022, there are believed to be option clauses that require him to match whatever alternative funding the team may obtain. Ask about option clauses on Friday, Szafnauer did not deny their existence, saying only: “That option that you talk about expiring today is not true, that’s not the case.”

If Perez, arguably the most underrated driver on the current grid, hopes to retain his seat with a team currently rated second only to Mercedes in the overall performance stakes, he and his sponsors will need to up the ante substantially. But it may well prove worth the expenditure: The RP20’s performance so far suggests they are virtually guaranteed podium chances in 2021 and could have the odd shot at victory.

On that basis, any driver with winning ambitions would travel halfway across the world to a known Covid-19 hotspot – recovering mother or not. Equally, given the stakes, any team would bless such a trip provided all reasonable precautions were respected.

39 comments on “Was there another reason for Perez’s costly transatlantic dash?”