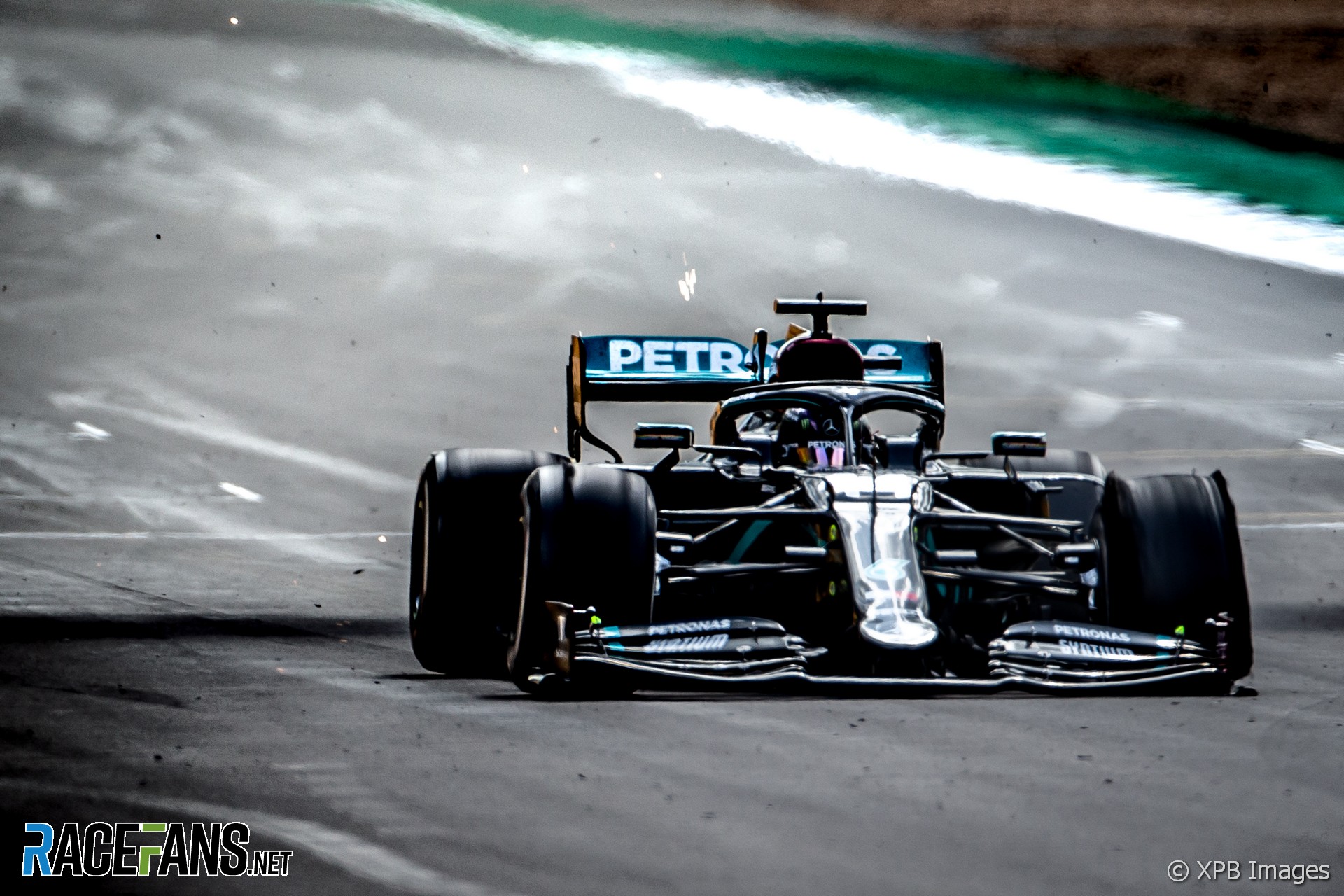 Mercedes admits it missed an opportunity to avoid Lewis Hamilton’s last-lap puncture in the British Grand Prix by not pitting him as the final lap began.

Hamilton’s left-front tyre failed while he was leading on the final lap of the race. His team mate Valtteri Bottas had suffered a similar failure three laps earlier while running second.

Red Bull brought Max Verstappen into the pits on the penultimate lap from second place, which left Hamilton enough of a gap to make a pit stop without losing the lead of the race. However Mercedes chose to leave him out.

Mercedes strategy director James Vowles admitted they missed a chance to spare Hamilton the last-lap drama which put his victory in doubt until he dragged his car and punctured tyre over the line.

“In the case of ‘could we have done things differently’, with Lewis undoubtedly,” said Vowles in a video published by Mercedes. “There was an opportunity to stop the car.

“It happened on the very last lap of the race. If we had stopped prior to that, we would have given the win to Verstappen and it’s important to understand that.

“If he had stayed out and we had stopped and dropped behind, I’m fairly sure Red Bull would have stayed out. Furthermore, Red Bull stopping, which was for fundamentally the fastest lap reason as well as perhaps consideration over tyre durability, cost them the race win on Sunday.”

Vowles said the team didn’t expect the tyre would fail given Hamilton had a 34-second lead over Verstappen and could afford to drive back steadily. But the tyre let go at Luffield.

“As we sit here now, we should have brought that car in,” said Vowles. “The reason why we didn’t was the car was 30 seconds up the road, Lewis was already driving many seconds off the pace and all he needed to do was to do the last lap of the race in the middle of the road. You are not that nervous about running on a tyre for another lap and there’s risks involved in doing another pit stop.

“Driving around one more lap out there in the middle of the road up to 15 seconds off the pace if you wanted to can sometimes be a safer proposition. Clearly as we stand here now, that was a mistake and one that could have cost us dearly, and fortunately didn’t on the day.”

Vowles praised Hamilton’s “incredibly impressive” driving after the failure. He crossed the line with five seconds to spare over Verstappen after driving two-thirds of a lap with only three fully inflated tyres.

His cornering speed around the right-hander at Stowe was particularly impressive, said Vowles. “[That’s] a very high-speed right-hand corner, remembering that it’s the front-left that has gone, the tyre that would be loaded in that circumstance. And as he exits, he properly guns it on the way down into the last sequence of corners to get across the line.

“The fact he took that apex speed with fundamentally three tyres on the car is mighty and he did a great job getting it across the line.”