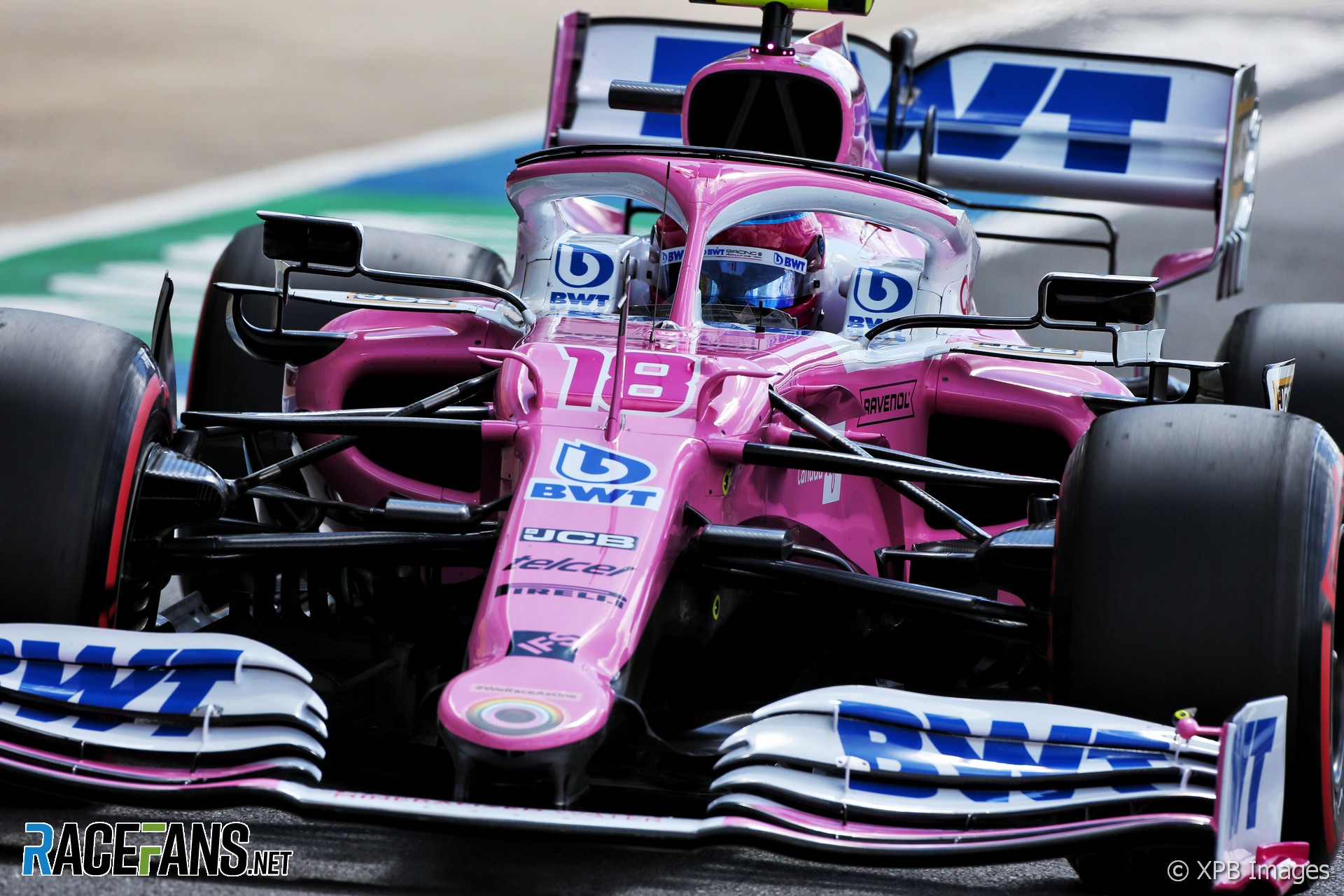 Formula 1 could resemble a single-specification formula if Racing Point’s approach to copying Mercedes’ design is widely adopted, one technical director has warned.

The FIA stewards are expected to rule tomorrow on Renault’s protest against Racing Point, which it brought in each of the last three races.

While Racing Point has not denied its RP20 is closely based on last year’s Mercedes, it insists its design was created legally. Renault has focussed its protest on whether the car’s brake ducts conform to the regulations.

The case has wider ramifications for Formula 1 as a competition in which teams have historically designed their own chassis. McLaren technical director James Key is concerned that if Racing Point’s approach is permitted, it will become widespread.

“We have to rely on the FIA to to make the right calls on how to proceed with that as a principle,” he said. “I’m not referring to the brake duct argument, that’s being handled with others, but more as a principle.”

“For us, we look at our car and – apart from the engine – it’s 100% a McLaren. We look at it and we can say ‘that’s all our own work’. And I think that’s what Formula 1 should be. That’s what it was traditionally in the past.”

Key said the extent of Racing Point’s replication of the Mercedes goes far beyond what other teams have done in the past.

“There’s a lot of arguments about how teams have always copied each other, and that’s absolutely true. The good thing with the biggest performance differentiator, with aero, is you can see surfaces. But that’s 30% of the wider picture.

“To get those surfaces to work and the intricacies and the subtleties is pretty difficult, which is why you don’t often see what we’ve seen there with Racing Point.”

In 2009 the ‘double diffuser’ innovation pioneered by three teams was quickly copied by their rivals.

“Brawn, Toyota and Williams turned up all with double diffusers,” said Key. “Word had got out somehow in the movement of staff. And it was obviously a very special way of treating the regulations.

“Everyone else ended up with them, but we all had to interpret the same regulations in the same way, generate our own IP [intellectual property] and we came up with what worked with our car.

“So we still owned, from first principles, that double diffuser. But the principle of a double diffuser was the thing that was copied. And that’s the traditional way that you use information you see in other people’s cars to develop your own car.”

Racing Point could establish a new precedent for copying which completely changes the face of the sport, he believes.

“The likenesses that we’ve seen here seem to be quite a significant step beyond that. And I think what’s important now is for the FIA to decide whether that’s what they want.

“Otherwise we’re going to have a lot of very, very similar racing cars in the same order every year with only one team leading if you went to extremes. And I don’t think any of us want that.”