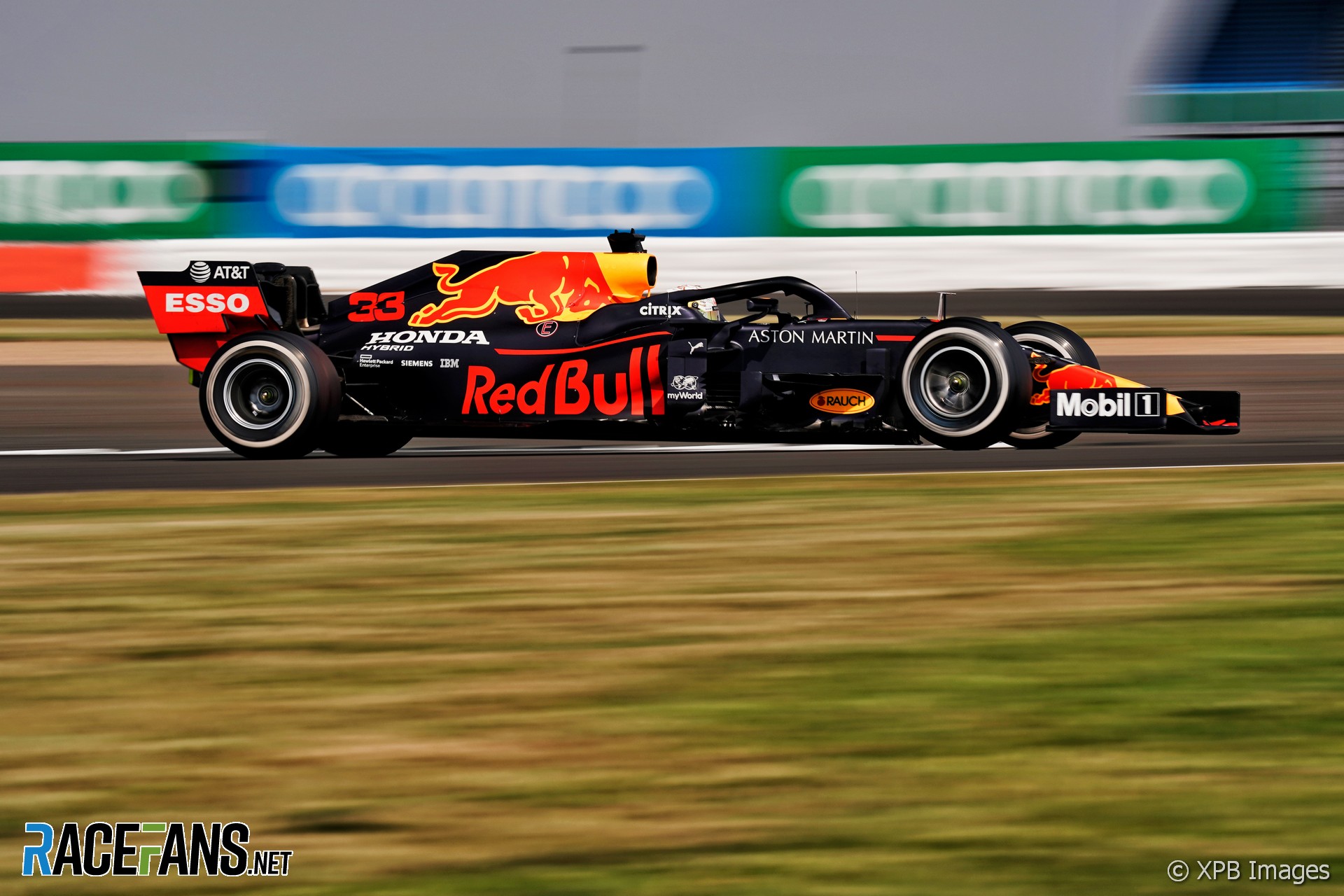 Red Bull team principal Christian Horner said he was surprised no other team tried to qualify for the 70th Anniversary Grand Prix on the hard tyres.

Every driver who reached Q3 on Saturday used the medium rubber, but Max Verstappen opted for the hard tyre. “Our best bet to take on the Mercedes, we felt, was to do something different,” said Horner.

Verstappen qualified fourth for the race, with the Mercedes drivers and Nico Hulkenberg ahead of him on medium rubber.

“By starting on the hard tyre – which as you remember was last week’s medium – that was a crucial factor and we were surprised that we were the only team to have a crack at that yesterday in Q2,” said Horner.

“We run the simulations, we came up with the risk and the reward and we felt that if we just do the same as Mercedes following last week’s performance, we’d end up with the same result,” Horner added. “At least by running the hard, the theory was that if there was a Safety Car later in the race, we’d have potentially a grip advantage at the back end of the race.

“But as it turned out, we actually had a pace advantage through the race.”

Mercedes suffered with blistering throughout the race. Verstappen was able to run a long first stint, which got him ahead of Lewis Hamilton, and quickly passed Valtteri Bottas for the lead after his first pit stop.