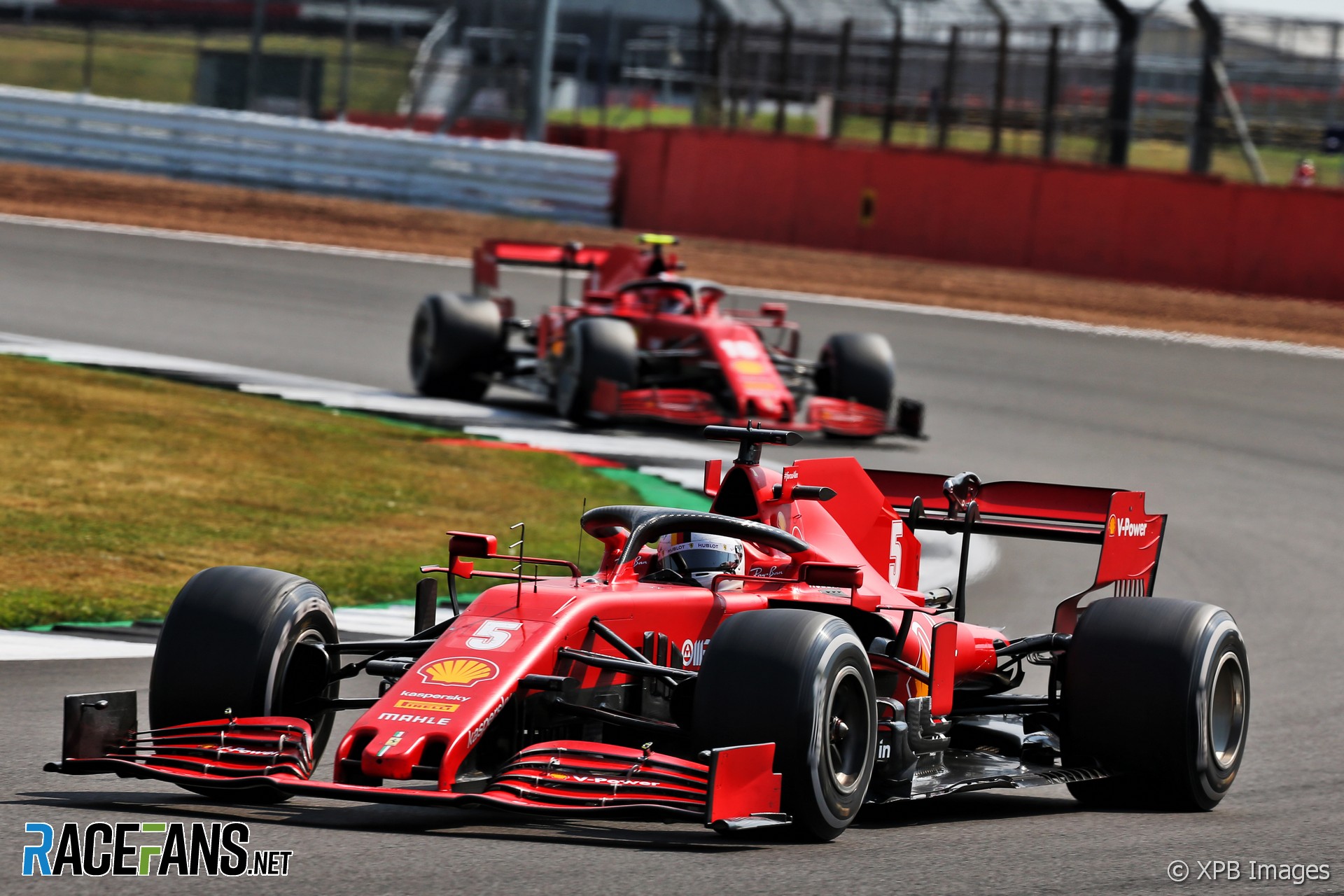 Ferrari says it did not ‘sacrifice’ Sebastian Vettel’s strategy at Silverstone yesterday to help Charles Leclerc complete the race with a single pit stop.

Vettel made his first pit stop four laps after his team mate. However the team brought him in again after just 11 laps on the hard rubber, giving him a set of mediums.

The team then decided not to give Leclerc a second pit stop and left him out. He went on to finish fourth, the best result of any driver who completed the race with a single pit stop.

Prior to his second pit stop, Vettel was running 10th behind Esteban Ocon – who also completed the race with a single pit stop – and Carlos Sainz Jnr. The extra stop left the Ferrari driver out of the points at the end of the race.

Ferrari team principal Mattia Binotto insisted Vettel’s strategy was driven by his own race situation, and not his team mate’s.

“We were not sacrificing Seb,” said Binotto. “We thought at the time that it would have made no difference for him stopping a bit earlier or later.

“I think that reviewing all the data, eventually by leaving Seb outside on track we may have left at least the one-stop strategy open to him as well, which we didn’t. It’s not a matter of ‘sacrificing’ or not.

“He always says that maximising the team’s points is the first priority. I think we tried to achieve that and not were trying to compromise anyone.”

Vettel complained about his strategy on the radio during the race, saying the team had “messed up” by putting him in traffic with his second pit stop. He felt this disguised the improvements the team had made with his car’s race pace since last weekend.

“We worked hard in the weekend and the car felt a little bit better than last weekend,” he said in response to a question from RaceFans. “Maybe it didn’t show in the performance in qualifying but I think in the race we got more competitive.

“Last week if anything I was struggling to stay with the people. Today I was able to go faster but was still stuck. I think that’s probably true for both of us.

“In the end we were able to do a one-stop strategy, which I think we didn’t believe we could pull off before the race on a softer tyre, one step overall, and a hotter track. I think in this regard it has been a good race. But still obviously there’s a lot more to do.”

Leclerc said he insisted Ferrari try to run a one-stop strategy on his car before the race.