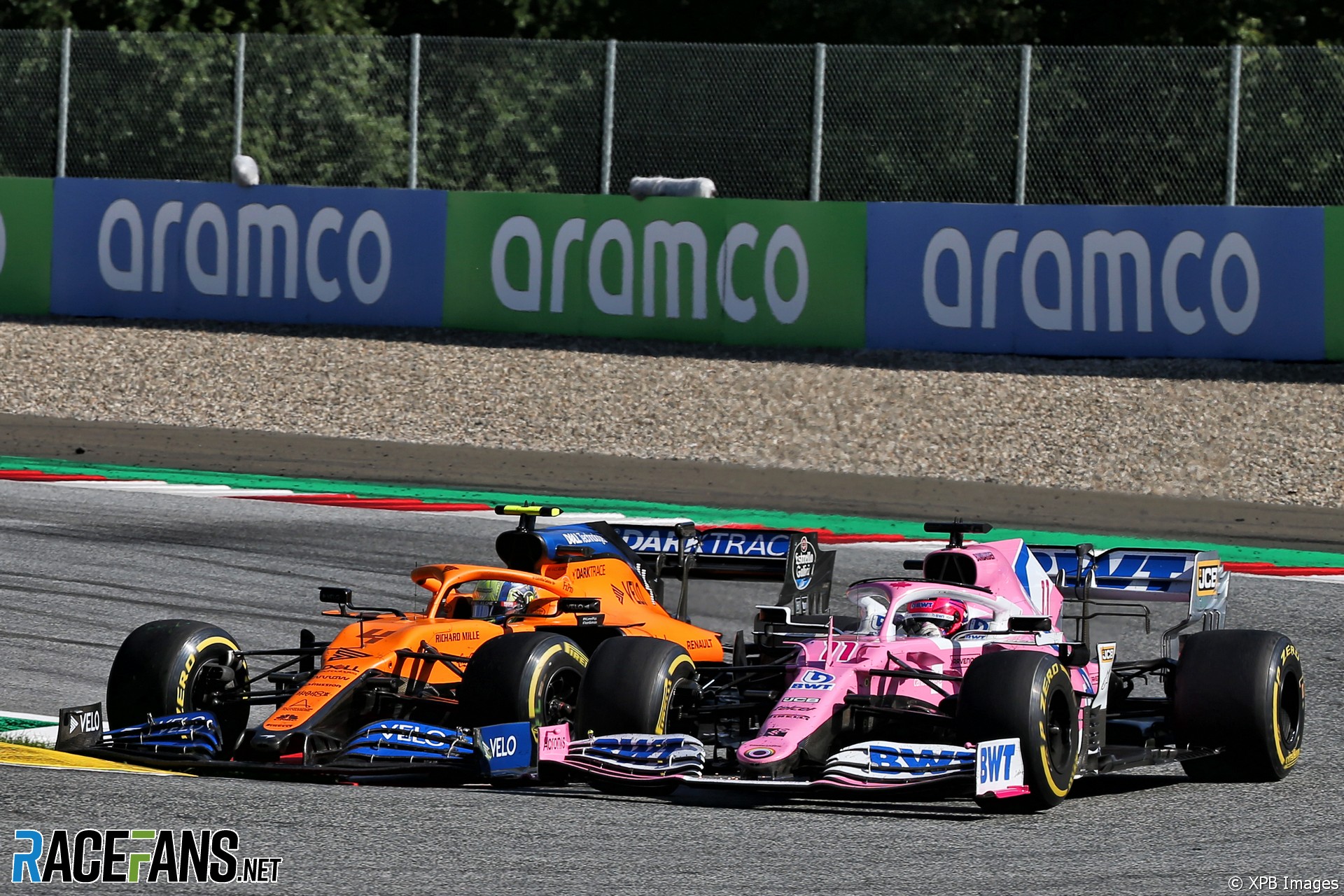 McLaren will continue to seek a resolution over a loophole which could hand Racing Point and other teams an advantage in the 2021 F1 season, despite the FIA stating the rule in question will not be withdrawn.

The team said the chassis upgrade tokens system which has been introduced for next year is “not fair”.

The system of tokens was introduced to restrict how teams may develop their cars next year. This was done as part of the cost-saving measures prompted by the Covid-19 pandemic, when F1 postponed the introduction of new technical regulations from 2021 to 2022.

Customer teams such as Racing Point and AlphaTauri, who currently use 2019-specification hardware from Mercedes and Red Bull respectively, can upgrade to 2020 hardware next year without using one of their tokens. This effectively allows them to upgrade areas of their car for free, while using the tokens to introduce other developments.

In a letter to teams earlier this week, details of which were shared with RaceFans, the FIA’s secretary-general for sport Peter Bayer told teams the rule which allows teams to make token-free upgrades of customer parts will not be rescinded because planning work on next year’s cars had already begun. Bayer indicated the rule, article 22.8.5.b of the technical regulations, would only be withdrawn if all 10 teams unanimously voted to change it.

Speaking to media on Friday, McLaren team principal Andreas Seidl said the team will continue to seek a resolution to the problem.

“As we have communicated, that some teams can do this token-free, we think is not correct, is not fair,” he said. “But that’s part of the discussion we’re having with FIA and we need to see how that goes in the next weeks.”

However Seidl stressed the matter was “a completely separate topic” to the issues raised by the FIA stewards’ decision against Racing Point last week, in which its rivals were penalised over similarities between its rear brake duct design and those Mercedes used last year. McLaren originally gave notice of its intention to appeal that decision, but later chose not to go ahead with it.

Seidl said the team is satisfied the FIA intends to take steps to prevent team cloning rivals’ cars in the future. “We lodged our intention to appeal last weekend in order to simply gain more time, in order to understand the details and in order to also understand what Formula 1 and the FIA wants to do with the overall topic,” he explained.

“In the end, if you look back at all the discussion in the last months since Racing Point put this car on track for the first time in Barcelona the most important thing for us was a clear commitment, an agreement from FIA and Formula 1 there, that they definitely want to prohibit extensive car copying in the future.

“We got this agreement with the announcement of Nikolas [Tombazis, FIA head of single-seater matters] last Friday in Silverstone and with further information we received on Tuesday. Based on that, for us, we got everything which is important for us as McLaren for the existence of our team in the future and for also making sure we can be competitive in the future. That’s what we wanted to get.”