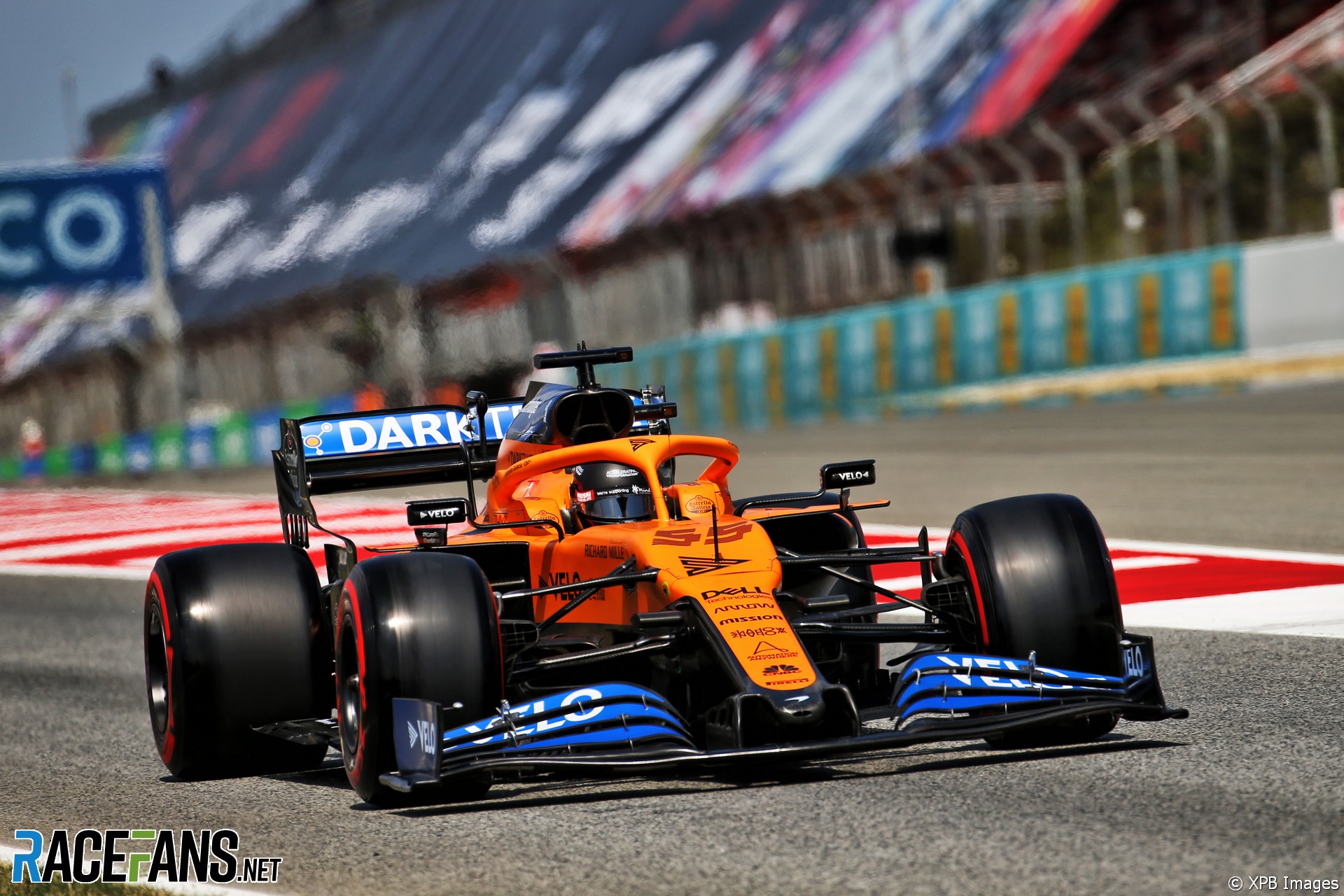 McLaren has run different cooling packages on its cars due to the cooling problems Sainz has experienced since the previous round at Silverstone. This slightly impaired the performance of Sainz’s car.

However since a new Renault power unit was fitted to his car overnight at the Circuit de Catalunya, Sainz reported his car now feels much better.

“It was definitely a good change,” he said. “I’d like to thank the team and everyone involved in this decision because it wasn’t an easy decision to try and bring the power unit forward one race.

“We were planning to use it in Spa but in the end we decided to use it here because the other engine was giving us cooling issues but also a bit of performance issues.

“Because of that I think we did the right change. We did the right thing to put it here this weekend and since final practice honestly we picked up a fair bit of performance and reliability and the cooling problem is also now done. So I’m happy with a change and relieved to be honest because it’s given us a lot of headaches lately.”

“I didn’t like the engine that I had before that,” Sainz admitted. “Both in performance and reliability it was not giving us much.”

McLaren changed Sainz’s chassis prior to yesterday’s running in a bid to address his cooling problems, to no avail. After his new engine was fitted Sainz put his car seventh on the grid and was only 15 thousandths of a second away from beating Alexander Albon to sixth.

“I’m happier today,” said Sainz. “Not very happy with my last sector, I think I could have sneaked a bit more performance.

“I don’t know why, since Q1 I couldn’t improve on my last sector run. I was very happy in sector one and two, I was flying in sector one actually, but in sector three for some reason it never got quicker. But maybe we could have got Albon with a cleaner sector three. But seventh is still decent.”