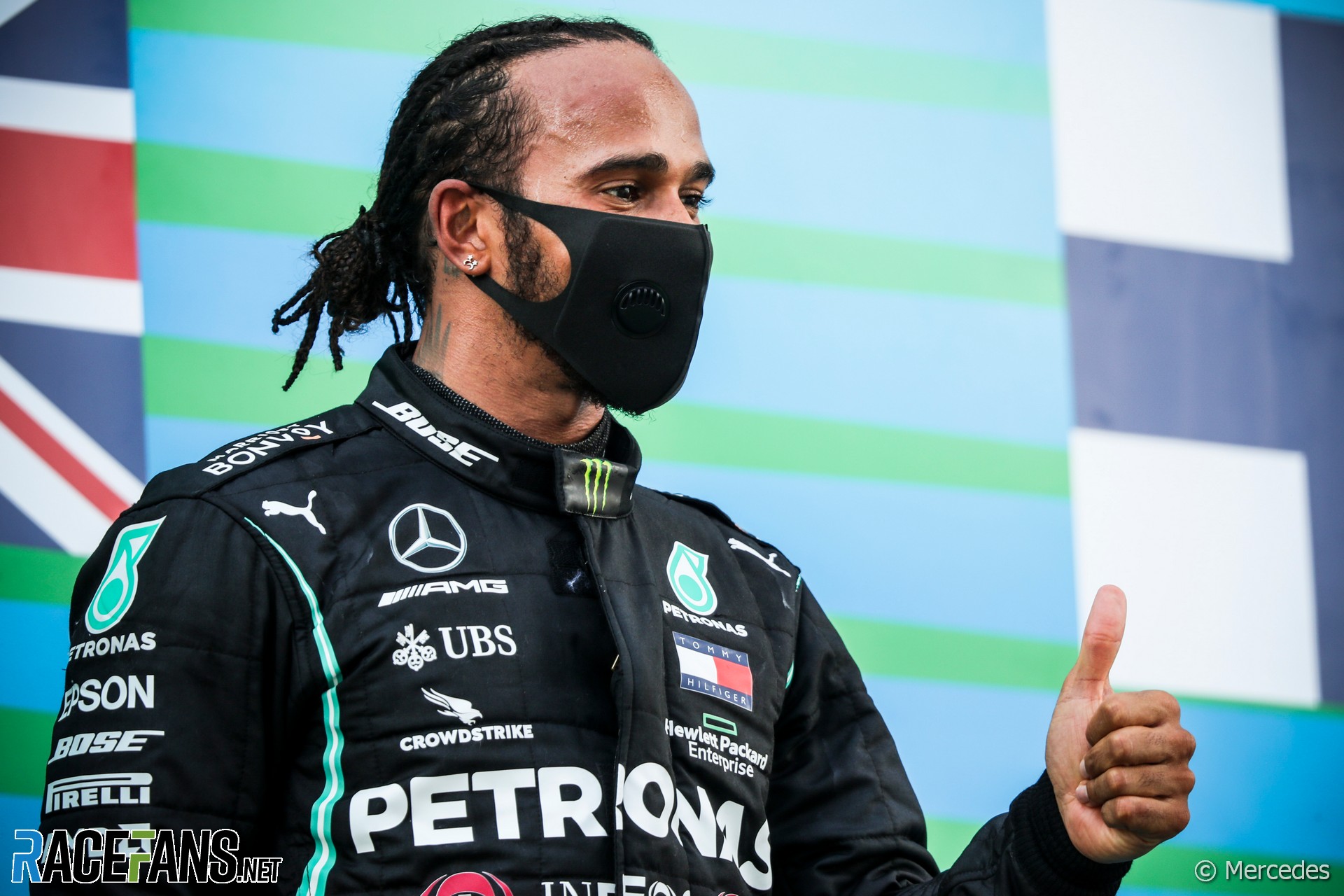 While Lewis Hamilton’s remorseless assault on F1’s records for achievement continued in Spain, Kimi Raikkonen marked another milestone for longevity.

Not for the first time this year, Hamilton came very close to achieving a ‘grand slam’. He took his 92nd pole position and 88th win, and led every lap in between.

But he missed out on the fastest lap, which Valtteri Bottas bagged with a flying run on fresh tyres at the end of the race. That was the 14th fastest lap for Bottas so far in his career.

As well as moving within three wins of Michael Schumacher’s all-time victories record, Hamilton reached the podium for the 156th time in his career. That moves him ahead of Schumacher and is a new record.

Hamilton’s pole position was the 200th for a Mercedes engine. Only Renault (213, plus three as TAG Heuer) and Ferrari (229) have more.

Max Verstappen continues to be the most consistent threat to Hamilton’s hopes of taking a record-equalling seventh title this year. The pair finished on the podium for the fifth race in a row last weekend.

Kimi Raikkonen is on course to become the most experienced driver in terms of starts at the Eifel Grand Prix. But he’s already notched up other longevity milestones.

Just how bad is this year going to be for Ferrari? They haven’t finished outside the top four in the championship since 1981. But on Sunday they slipped from third place in the points down to fifth.

This came about partly because Racing Point scored fourth and fifth places which moved them up to third in the championship. That’s despite the (unprecedented) 15-point deduction they were handed earlier this year.

After six rounds, Racing Point have 63 points (reduced from 78), McLaren 62 and Ferrari 61. Renault, who posted their first non-score of the season last weekend, are sixth on 36. Renault has protested the Racing Point decision and argued for a tougher penalty. Tellingly, Ferrari has also submitted an appeal…

Have you spotted any other interesting stats and facts from the Spanish Grand Prix? Share them in the comments.