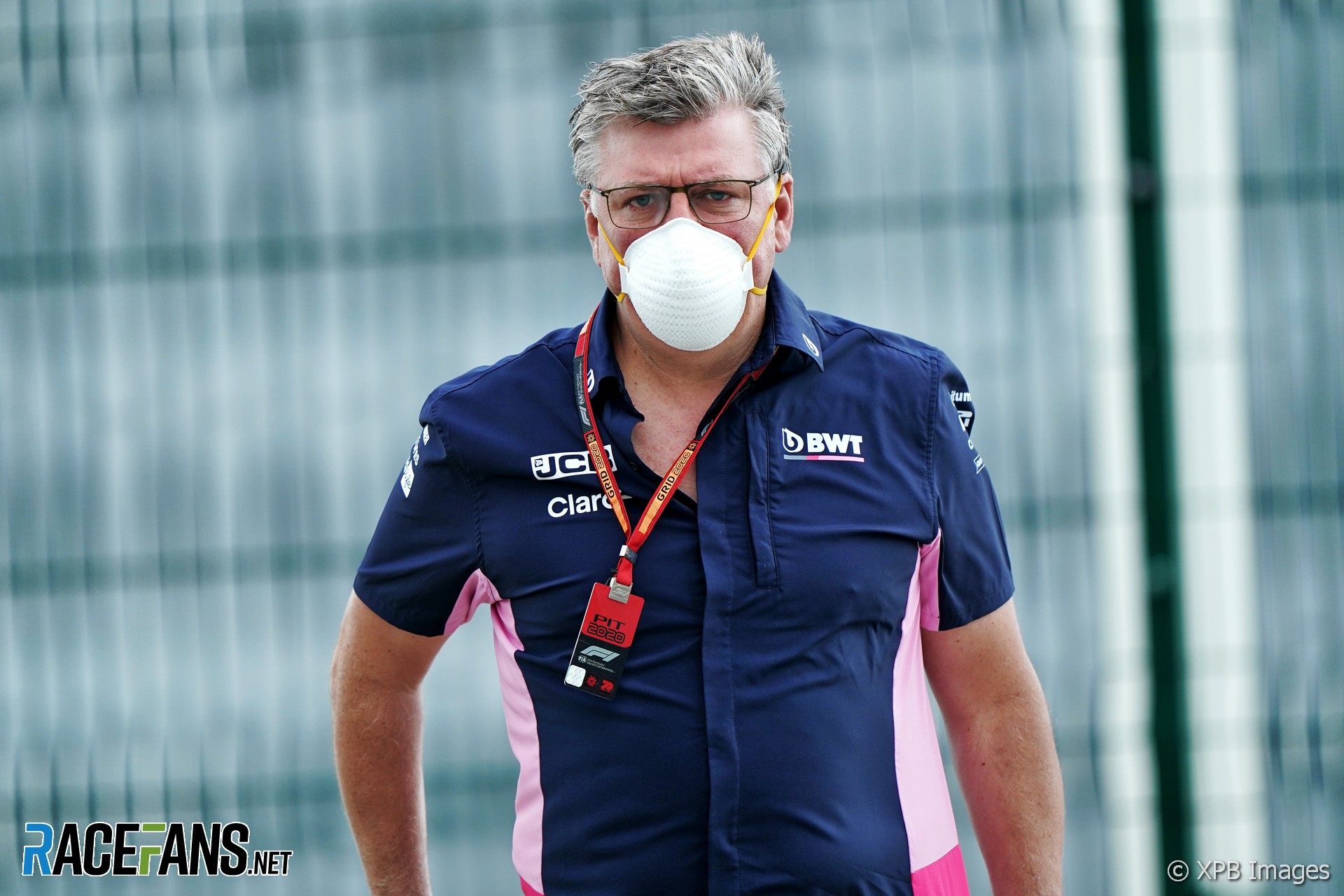 Racing Point CEO Otmar Szafnauer has revealed he voted in favour of a change in the same rule his team have been found guilty of breaching.

Last year teams approved a move to redefine brake ducts as ‘listed parts’ for 2020. The change from ‘non-listed parts’ meant teams could no longer source them from rivals but had to produce their own.

The FIA stewards ruled Racing Point broke the rule by using rear brake ducts sourced from Mercedes to design the same parts on their 2020 car. In their ruling they pointed out Racing Point did not clarify the implications of the rules change with the FIA.

However Szafnauer said the fact he supported the rules change shows he had no doubt what it meant for his team.

“I, for one, voted for this rule [change] to take place. We had a vote to change this and Cyril [Abiteboul, Renault managing director] was going around lobbying people because not everybody wanted the change from a non-listed into a listed part. And you can imagine those who didn’t want this to happen.

“But I voted for it, we talked about it in the Strategy Group meeting, why and the reasons and what that was all about. And we were 100% certain, as we are today, that we did nothing wrong. Which is why we didn’t ask for a clarification.

“We knew the intent of the rule because I voted for it. We saw the way it was written. We received data from Mercedes on the non-listed part in 2018 and we used that data to design the brake ducts when we brought uprights from them. It’s completely legal.”

Szafnauer said the FIA’s representatives did not query their approach to designing the brake ducts when they inspected the team’s factory prior to the start of the season.

“We hid nothing,” he said. “We were completely open. We allowed the FIA to look at absolutely everything. We invited them to look at everything.

“We even talked about the brake ducts. They said ‘how did you get to these brake ducts’? We explained it and they said ‘okay’ and moved on. So we thought that was it. They had plenty of opportunity.

“To say ‘maybe we should have asked more questions’, yeah in hindsight you can say all that kind of stuff. But we weren’t hiding anything. And the brake ducts were a part that went from non-listed to listed. I think it’s their duty to look into that kind of stuff if they think maybe this was unclear.”